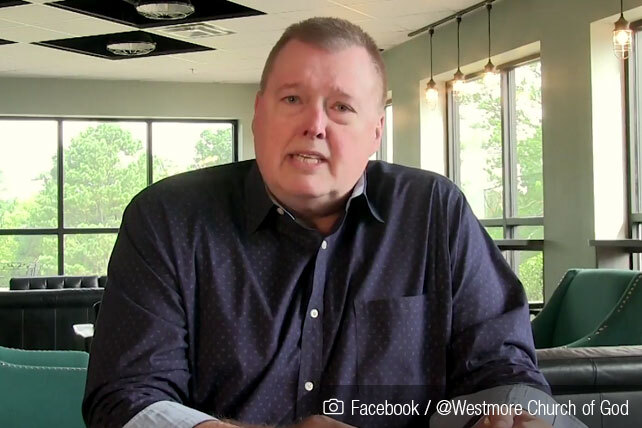 The lead pastor of Westmore Church of God in Cleveland, Tennessee, has taken to Facebook to explain the events surrounding the recent outbreak of COVID-19 at his church. Kelvin Page expressed his grief and sense of personal responsibility over the fact the outbreak occurred and said that he and Westmore want to learn from their mistakes, one of which was not stressing the importance of wearing masks.

“The thing that most did not give attention to, and I’ll have to say this, was masks,” said Page. “Masks must be considered by everyone, but especially those that are vulnerable. But perhaps when we all wear masks, the vulnerable are less likely to be vulnerable.”

In a message filled with emotion, the pastor said, “The last few weeks have been tough. They’ve been really tough. And one of the most challenging things I’ve ever had to do was to hear about how COVID-19 was attacking numerous Westmore family members, friends, and even community leaders.”

In particular, said Page, it has been “heartbreaking” to see how the virus has impacted the church’s elderly. Even though Westmore church leaders cooperated with government leaders and took every precaution they believed they needed to, the pastor takes full responsibility for the fact the virus spread at his church. “I missed it,” he said. “I don’t know how, I don’t entirely know how, but I did. And I feel responsible…I deeply regret that. I am so sorry.”

Westmore Pastor: We Were Not Reckless

Despite his regret over the fact the virus spread, Page was clear that “we were not reckless and we were not careless in our efforts.” The church communicated clearly with members and followed state and local guidance throughout the pandemic and when it met again in person. For eight weeks before the church reopened in May, Westmore held drive-in services and offered online services. For two weeks in May, church leaders added two in-person services where attendees practiced social distancing.

On May 31, the church held a grand opening at its new Ministry Center. At that service and in the weeks that followed, Westmore observed a number of safety precautions. Attendees did not have to touch door handles or offering pouches, the building was sanitized after every gathering, and there were sanitization stations available to worshipers. The church also regularly took the temperatures of volunteers. “We went to extraordinary measures,” said Page. “I’m not even listing all of those measures and steps we took every week.”

The pastor said that the health department told leaders that the church was going above and beyond in its efforts. During the weeks following the grand opening, the church held events that included dedication services, a large musical, and weekly meetings on Sunday and Wednesday evenings. Said Page, “We did not have one single COVID incident.” He observed, “We thought we had a great handle on this. We really did, and I don’t say that out of cockiness.”

That changed on June 21, which was Father’s Day. “Somehow the virus made it into the choir,” said the pastor. “Temperatures were taken that morning, and yet it still slipped through.” Even though he had heard a few days prior about an uptick in the county, Page said he believed the precautions they were taking were enough, and no one at the church knew anyone who had contracted COVID-19. “Little did I know that it was invading that morning.”

Westmore was not aware that people had come down with COVID-19 for several days, including on June 22, when the church hosted a regional event attended by several hundred people, reports the Chattanooga Times Free Press. Page said that he and other leaders were all relying on the same information at that point, including the belief that Westmore was COVID-free. There were still safety measures in place and Westmore was one of several locations that hosted that event in an effort to reduce the number of attendees.

On June 24, the church learned that some people had either tested positive for COVID-19 or had symptoms consistent with the virus. Leaders canceled in-person services on June 26.

Regarding the number of people who were infected, Page said, “The truth of the matter is we knew we had 12 confirmed. And then we knew that we had several more confirmed even after that. And then it began to roll out, and I don’t honestly, honestly know how many we have. We don’t know how many actually contacted [sic] the virus at Westmore.” It is difficult to come up with precise numbers because people might have contracted the virus somewhere else prior to attending the church. “We know that there’s too many people,” said the pastor. “One is too many.”