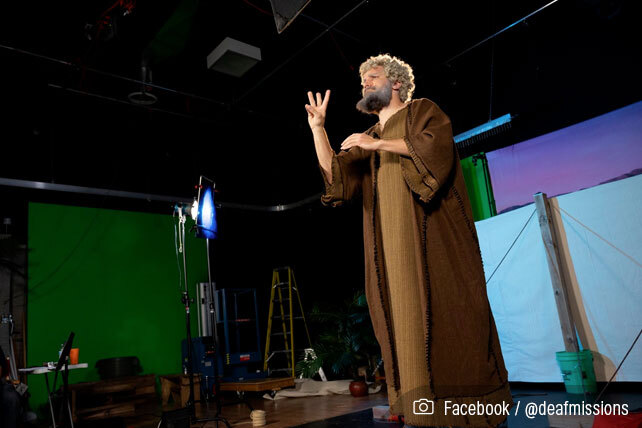 After 38 years of work, the Bible has been translated into a sign language in its entirety for the first time. Deaf Missions has finally completed its translation of the Bible into American Sign Language (ASL), and the completion of the ASL Bible translation is in part thanks to the groups who helped support the project.

“Thanks to God’s provision through the generosity of Deaf Missions donors and funding partners,” said Deaf Missions president Chad Entinger, “we were able to overcome funding challenges and onboard more translators to accelerate completion of the Bible, thereby finishing in 2020 instead of our original projection of 2033!”

Four years ago, Wycliffe USA, American Bible Society, Deaf Bible Society, Deaf Harbor, DOOR International, Pioneer Bible Translators, and Seed Company collaborated with Deaf Missions with the goal of completing the American Sign Language Version (ASLV) of the Bible 13 years earlier than projected. The result was the ASLV was finished earlier this summer, after which it was edited and reviewed before its release. The final version is the work of 53 translators, the majority of whom are deaf themselves.

There are an estimated 70 million Deaf people in the world and over 350 different sign languages. Fewer than 50 sign languages have any of the Bible, much less all of it, published in them.

Contrary to what some assume, sign languages are unique languages, not simply “different versions” of spoken languages. Therefore, if ASL is a Deaf or hard of hearing person’s first language, then for that person to read the Bible in English means he or she is reading a foreign language.

Renca Dunn, who is a communication specialist and a graduate of Gallaudet University, says,

What I wish more people understood is that for many Deaf people in the U.S., English is our second language. It can be a challenge for Deaf individuals to connect with printed text. It’s hard to wrap your head around the fact that, for thousands of years, Deaf people have faced communication barriers and lack of access to fully understanding one of the oldest and most cherished texts of all time—the Bible. Now, translators have the framework to keep translating the Bible into other sign languages. It’s incredible, the amount of impact it may have.

One woman who uses the Deaf Bible app described what it was like for her when she did not have access to God’s Word in her “heart” language. “I remember how it used to be reading the Bible,” said Tanya, “having to go through word by word in English. Trying to make sense of it all, I’d try to paint a picture in my mind of what was being said. I remember thinking, God, I want to be able to communicate with you. I want to understand who you are.”

Having the Bible in her own language has totally changed how she relates to God. She says, “Before I felt so disconnected, but now I have a relationship with God. I feel so close to Him…I’m so thankful for the gift of God’s word in sign language.”

Duane King founded Deaf Missions in 1970, and the ministry began pursuing an ASL Bible translation in 1981. Why has it taken so long to translate the Bible into ASL? Both Entinger and Wycliffe USA’s Andy Keener say that translating the Bible into a sign language is a longer and more complex process than translating it into a written language. Said Keener, “The amount of technical skill needed is so much more than what we need for written translation, so it is a bigger task.”