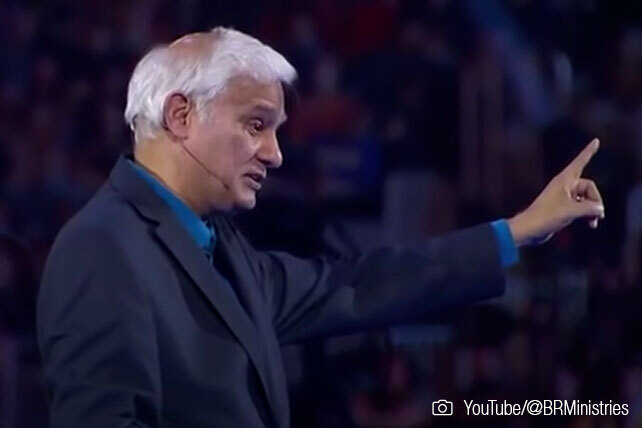 The legacy of Ravi Zacharias, one of the most highly respected Christian leaders of our time, is threatened by an unfolding scandal. Zacharias, who founded Ravi Zacharias International Ministries (RZIM) in 1984, has again been accused of sexual misconduct. This time his accusers are several women other than his initial accuser from 2016. Their testimonies, along with that of the initial accuser, paint a picture of Zacharias’ alleged predatory pattern.

Over the years, Zacharias and the other apologists on his team ministered to hundreds of thousands of people all over the world. When Zacharias passed away in May, the tributes from well known ministry leaders poured in. Unfortunately, so have the accusations.

“If people are blessed by his ministry, that’s fine. We certainly weren’t blessed by it. We almost lost our lives,” Lori Anne Thompson told ChurchLeaders. Thompson accused Zacharias of luring her into a sexual relationship in 2016 (for more on that, check out Part 1 of our series).

In 2017, when RZIM learned of the allegations Thompson made against their founder and leader, they chose not to look into the allegations themselves, deferring instead to the denomination through which Zacharias was ordained, the Christian & Missionary Alliance (C&MA). In late 2017 through early 2018, C&MA conducted an inquiry into the allegations.

The Christian and Missionary Alliance Inquiry

ChurchLeaders reached out to C&MA to inquire about the nature of that inquiry. Peter Burgo, the director of media relations for C&MA, told us they performed an “internal inquiry” into the matter. Burgo emphasized that the inquiry could not be considered an independent investigation: “The C&MA initiated an internal inquiry (NOT an independent investigation) when it learned of the original allegations in 2017.”

The inquiry was “conducted by a team of people including senior C&MA officers who are deeply familiar with our Uniform Policy on Discipline, Restoration and Appeal,” Burgo explained. When asked who was contacted during this inquiry, Burgo said Lori Anne Thompson, Ravi Zacharias, and “leaders at RZIM.” He also mentioned he believes there were others but that their names were not disclosed as “this was a confidential inquiry.”

Thompson told us she was made aware of the inquiry via a C&MA pastor on Twitter. Thompson said she reached out to C&MA and eventually spoke with Gary Friesen (Vice President/General Counsel) and another male C&MA leader early in 2018. Thompson believes it was John Stumbo (President) who was on the phone call, but C&MA has declined to disclose who the other person was. Unfortunately, the conversation occurred “long after he [Zacharias] sued and silenced me,” Thompson explained, referring to the non-disclosure agreement she signed in 2017.

When ChurchLeaders asked Burgo why C&MA didn’t initiate contact with Thompson, Burgo said that Thompson may have reached out to the C&MA before they had officially begun their inquiry.

At the conclusion of its inquiry, in March 2018, C&MA released this statement:

The C&MA recently completed a thorough inquiry of these accusations, including interviews with those involved and a review of all available documentation and records. While it is not appropriate to publicly discuss the nuances of these allegations, the available evidence does not provide a basis for formal discipline under the C&MA policy.

Prior to this year, the only statement RZIM released about Thompson’s allegations was written by Zacharias and was the same one he gave to Christianity Today, which was published on December 3, 2017. The statement gives Zacharias’ version of the story, and as we noted in Part 1 of this article, both Thompson and Boz Tchividjian, her current legal counsel, believe Zacharias broke their non-disclosure agreement by publishing this statement.