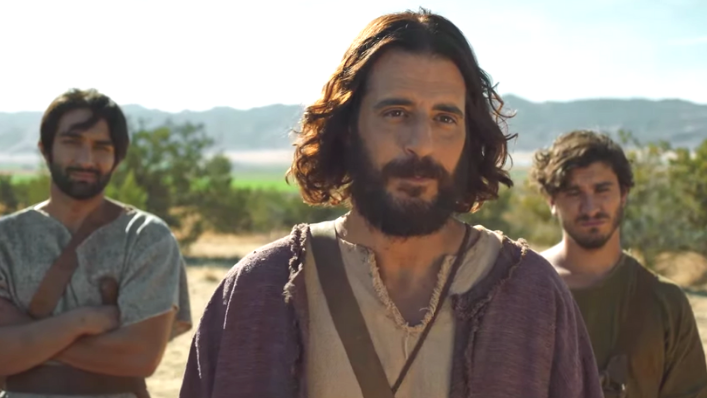 Season 2 of The Chosen has finally arrived, and it’s the family-friendly entertainment we’ve all been waiting for.

Last year, at the height of the pandemic and stay at home orders, a friend of mine recommended that we check out The Chosen. It’s the first ever multi-season show about the life and ministry of Jesus Christ through the perspective of those around Him. And boy, did it deliver!

On Easter Sunday, The Chosen released the Season 2 premiere on The Chosen app, which is free to download and free to watch anytime, anywhere on any device.

Season 2 is set to take viewers through the experiences of Jesus being the ultimate founder of “good trouble,” with the trailer showing scenes of Him healing the leper and the sermon on the mount. And like season one, it’s an intimate portrayal of Jesus’ leadership, love, and relationships with His disciples and those he met along the way.

But it’s not just the story that The Chosen is telling on screen that’s making waves. The widespread success of this series is it’s own note-worthy story, and one that only God could be writing, “behind the scenes.”

Launched in 2019, The Chosen is the first media project in history to ever be released globally on it’s own app, which has been downloaded and streamed in over 180 countries worldwide, and translated into over 50 languages.

As of Wednesday, The Chosen had been viewed over 100 million times and was the fourth most-downloaded free entertainment app on Apple’s app store, beating out both Disney+ and Hulu.

The Lord’s favor is ALL over this thing!

Released by streaming platform VidAngel, the series is the largest crowd-funded production in history. Its first season was funded by over 75,000 people who donated $10 million total to see the project come to fruition. Season two saw contributions from 125,000 people to reach the same financial goal, and they’re only just getting started. Creators of the show have seven full seasons of The Chosen mapped out, with season three already 12 percent funded.

This isn’t your average “Jesus Project.” The Chosen has earned a 100% on Rotten Tomatoes and 9.8 stars on IMDB. In 2020, The Chosen joined acclaimed productions like Netflix’s The Crown and Dolly Parton’s Heartstrings, earning two Movieguide Award nominations. Actor Jonathan Roumie, who portrays Jesus in the series, took home the Grace Award for a TV Performance.

“Playing the role of Jesus Christ is the preeminent honor, not only of my career, but of my life,” Roumie said. “With this series, we’re afforded the opportunity to take our time with the greatest story ever told…and savor it.”

In a recent interview with Fox News, Roumie emphasized that The Chosen is not a religious project for religious people. Like any binge-worthy show it’s simply filmmakers, storytellers, and actors who are determined to tell a good story. (Or in this case, the greatest story ever told).

“This should be watched for anybody that is fans of historical dramas, anybody that’s a fan of well-researched historical productions,” Roumie said. “And if you like period pieces, if you like, well-made shows, well-written shows, this is going to appeal to so many people. And I think that they can get past the idea of like, ‘Oh, it’s a faith show and it’s not for me.’ You don’t have to [believe in God]. There’s no prerequisite. This is going to appeal to people beyond the faith spectrum. And it has.”

You can catch up on Season One of The Chosen right now on The Chosen app, and follow along with the weekly release of episodes from Season Two.