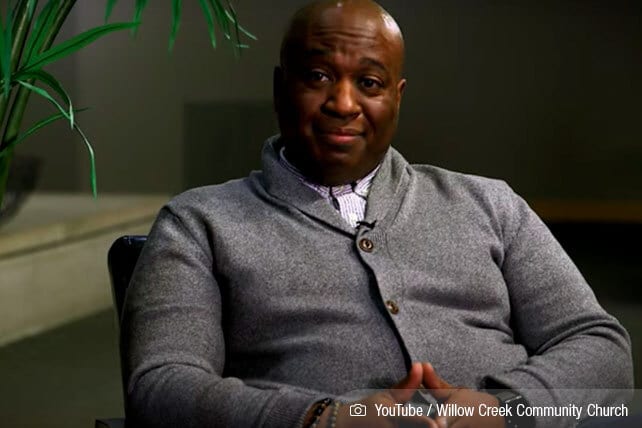 Topics include the importance of authenticity and staying true to your values, the role (and limits) of personal experiences, and what America’s current racial reckoning might mean for today’s church leaders.

Ollie, an African-American pastor who formerly served at Harvest Bible Chapel Chicago Cathedral, says he and his wife “made a decision a long time ago” to never be part of a “church body that is not diverse.” That doesn’t mean non-diverse churches aren’t “good,” he adds. “It’s just not a place that I would be working, ministering, and being a part.” The reason behind his family’s decision, Ollie says, is “the reality and the richness that we have come to see in the Gospel and the imperative when I open my mouth and we talk about certain things.”

Addressing the importance of authenticity, the Willow Creek pastor emphasizes that by serving only in multi-ethnic congregations, people can see that he’s living out his values in the context of ministry. “I think it’s important to know the environment that you’re in and then be true to who you are and bring all of who you are into the circles that you come into,” says Ollie. “So there’s some places I don’t go and preach and communicate. Why? Because they don’t have values that are important to me and my family.”

Ollie is happy to talk privately with church leaders who operate in non-diverse environments, and he’s willing to “help build relationship” with them. “But until you, as a pastor or church, take steps to be more honorable to the Scriptures,” he says, “I don’t have to come into your environment and give my pearls in the midst of the reality of swine. I don’t need to do that, and I won’t do that.”

No longer apologizing for taking such a stand, says the Willow Creek pastor, is one result of the racial reckoning America is experiencing following George Floyd’s May 2020 murder. Although the pastor says he doesn’t know where the current movement will end up, he’s hearing people of color, especially evangelicals, now being willing to say, “We’re not coming to your events anymore. We don’t need your validation of our voice. We’re not going to take that anymore.”

Ollie adds, “There is a new level of awareness that has hit, and I don’t think that we’ve fully gotten to the bottom of where that’s going to go.”

Pastor Ollie expresses gratitude for Willow Creek’s aspirations toward diversity and authenticity, as well as opportunities to sit down and be open about tough topics such as race. But he acknowledges the process is “fraught with all kinds of misunderstanding and pain.” Diversity reflects “the reality of what the kingdom [of God] really looks like,” he says, and when you’re “trying to bring it on earth as it is in heaven, you will come against all kinds of challenges.”

Part of the challenge, Ollie says, is that today’s church has a “discipleship problem, not a diversity problem.” He says, “We don’t understand the radical nature of the Gospel, and we don’t look at Scripture through the lens of culture.” Jesus was a Jew, for example, and Egypt is in Africa, which means people of color appear throughout the Bible.

Ollie describes growing up in Des Moines, Iowa, and watching neighborhoods morph over time because of race. As one of few black students at his high school, he recalls questioning why his teacher never assigned authors “who look like me.” He says, “I felt like so much of my experiences were people telling me how you should be, how you should act, what you should think, how you should believe in the context of what was okay in America or in our city in Des Moines, but not necessarily learning about the richness of my own history. And that was just something that was always under the surface.”