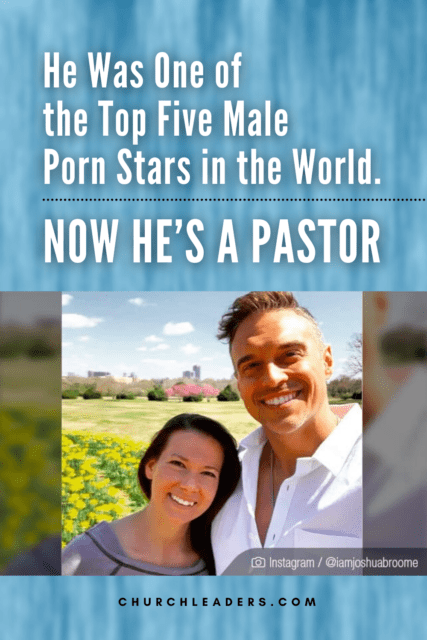 “Your story is powerful and your blessing is not only for you,” Broome said in a recent Instagram post. “It is to proclaim God’s glory and to let someone who is hurting know that there is freedom in the name of Jesus.”

Right before his first job, Broome said he felt a sort of sick excitement and that “I knew clearly that this was a bad decision.” Either it would go poorly and he would be humiliated, or it would go well and change his life. It was the latter that happened, and he would remain in the industry for the next five years.

As a way of coping, Broome became increasingly reclusive. He got to where he could not bear being around people when he was not working. “I exerted myself on an intimate level so much that the last thing I wanted to do was be around people.”

Broome also felt protected when alone because when there were no people around, that meant no one could reject him. “I’ve always kind of been a recluse in a certain degree,” he said, “and I think because I felt rejected in some regards growing up…I believed that when I was by myself…I felt safe.”

Broome’s isolation also stemmed from his sense of worthlessness. He thought being able to perform sexually on command “was why I was valuable.” He said, “The deeper I got into the industry, the more I isolated myself from people because I didn’t feel like I had anything genuinely to offer.” He felt used, useless, and dirty and believed that other people also saw him that way. “Every day I woke up and I was like, I better hide from the world because I’m not of any use. And that little voice grew inside my head and it got louder and louder and louder.”