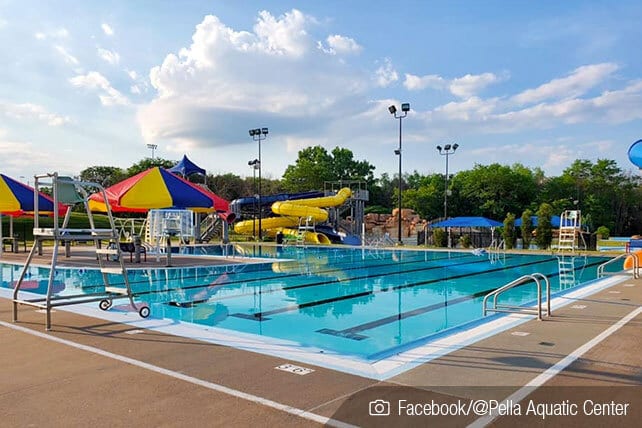 Residents of Pella, Iowa, are up in arms after a local public pool allowed a teen who is a biological female who identifies as a transgender male to use its facilities without wearing a top. The City of Pella has published a statement saying it has reviewed the incident that took place at Pella Aquatic Center and that the matter is closed.

“The City of Pella has received concerns related to the swimming attire of a patron who recently visited the Pella Aquatic Center,” said the city in a June 29 statement on its Facebook page. “The City has reviewed the matter with legal counsel and no further action will be taken. The City considers this matter concluded. The City of Pella operates its facilities consistent with state and federal law, which prohibits discrimination against any patron or participant on the basis of race, creed, color, sex, sexual orientation, gender identity, national origin, religion or disability.”

“A middle-teen biological female was allowed to walk around the Pella Aquatic Center topless and use the men’s locker rooms with grown men and boys of all ages, exposing her breasts because she identified as a male,” reported the Iowa Standard on June 26.

The Standard said the incident occurred on June 16 and that it confirmed the report with two patrons of the aquatic center, as well as with the center’s assistant manager. The assistant manager told the Standard that aquatic Pella Aquatic Center’s policy, set by the Pella City Council, is that no one can discriminate against someone based on gender identity.

RELATED: Mark Yarhouse: How to Pastor Someone Who Has Gender Dysphoria

“That state law protects this biological female,” the resident told the Standard, “allowing her to walk around indecently exposing herself to all the families enjoying the facility. The facility is afraid if they act and require her to cover herself, they will face legal backlash. I find it appalling that this would actually be state law.”

The city’s statement has generated over 900 comments with people both criticizing and praising the City of Pella for its decision. “You won’t see our family at the Pella pool this summer!!!” said one user. “You are literally exploiting a child on the basis of gender identity politics which is against Iowa code, and is therefore a crime,” said another. “The parents, the Pella Aquatic Center and the city should all be charged with crimes. If any adult in that area took a single picture, it is indeed considered child pornography.”

Others praised the move as a victory for progress and trans rights. “Thank you for following the letter of the law,” said one woman. “I’m sure there is a lot of blowback from the transphobes and bigots in town.” Yet others questioned why people should react so strongly to a woman’s breasts being exposed, saying that this is not taboo in other cultures.

Pella City Council held a special meeting on Tuesday, the same day it posted its Facebook statement, in response to the outcry. The Ottumwa Courier reported that the open forum’s attendance was “at capacity” and that over 200 people attended virtually.

“It is unlawful for any person to encourage any child under 18 years of age to commit any act of delinquency,” Rev. Michael Shover said to the council. “You’re all guilty.” Shover pastors Christ the Redeemer Church in Pella and said that allowing the teen to wear no top broke indecent exposure laws. One woman who spoke at the forum said, “Either you’re with God or you’re not with God. There is no compromise. God does not compromise, and the city works for us, the Pella people. If we’re behind this, you should be behind it, and we’ll stand with you.”