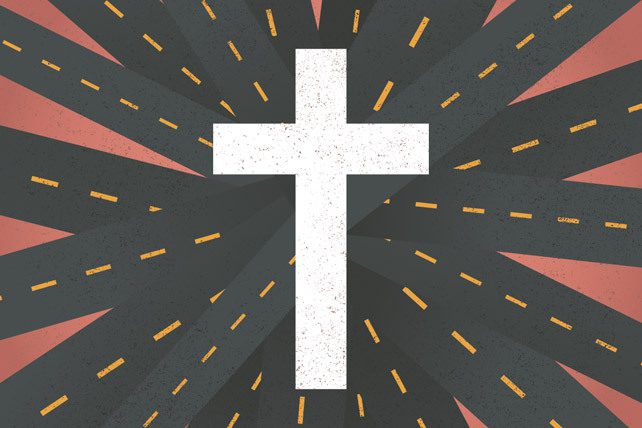 We’re all familiar with how social media divides us. But Twitter served a different purpose Monday when user Rachel Joy Welcher asked her followers to share their stories of how they came to trust in Jesus.

“I never grew up in the church and was 18 years old in my first few weeks of Freshman year of college drowning myself in parties, booze, and sex,” said user Jack Barry. “Yet a man took the time to sit down with me and share the Gospel and the love of Christ. Jesus met me and redeemed me.”

I never grew up in the church and was 18 years old in my first few weeks of Freshman year of college drowning myself in parties, booze, and sex. Yet a man took the time to sit down with me and share the Gospel and the love of Christ. Jesus met me and redeemed me https://t.co/ZOemtB1xVo

“Was at a gay bar,” said user Matt Moore. “Suddenly became aware of the emptiness of my life. Left the bar. Two days later a friend sent me a @P4CM [Passion for Christ Movement] video. Watched it. Knew I needed to repent. Received Christ in my bedroom the next day.”

Rachel Joy Welcher: How Did You Trust in Jesus?

Rachel Joy Welcher, an editor at Fathom Magazine and author of “Talking Back to Purity Culture: Rediscovering Faithful Christian Sexuality,” asked her Twitter followers Monday to share their stories of how Jesus saved them.

“What’s your story of how you came to Christ?” she asked. “I was a PK and saved around age 11, when I realized that Jesus really did love me – that I could talk to him and have a real relationship with him – not just in head knowledge but in spirit and truth. My dad baptized me in a lake.”

One woman, who said her name was Alena, replied, “I was saved as an adult at the age of 24. It was early 2017. I was a self-professed atheist & a self-denying alcoholic.” Alena shared that she had been raised with some prosperity and Catholic teachings, but her faith was shaken by her parents’ divorce, after which she turned to Reformed theology. She then suffered through an abusive marriage and dealt with being ostracized by her church, which blamed her when the marriage ended. Alena became depressed and suicidal. It was at this point, believing God had abandoned her, that she became an atheist and an alcoholic.

“One day, a Saturday,” she continued, “I woke up in bed with some guy. I remember having an overwhelming feeling of *needing* to get out. I got up, got dressed, & left. On my way out I heard a thought, as if someone was speaking to me, ‘God is real, and He loves you.’ I didn’t know what to think of it. It is still one of the weirdest experiences I’ve ever had. The next day I stepped foot in church for the first time in months, at least a year, probably longer.”

Even though she felt extremely uncomfortable during the service, Alena stayed. The pastor, it turned out, remembered her name from meeting her six years prior. Through this experience, Alena began the journey of healing and returning to God. “God is still working on me,” she concluded.

Another woman, who goes by Kate Boyd, said that because there never was a specific “moment” when she decided to trust in Jesus, she was afraid for a long time that she was going to hell. “I had a crisis of faith most of my young years,” she said. But then in Bible college, a professor mentioned that sometimes people don’t have a specific salvation “moment” and that is ok. “It’s like the sunrise,” said the professor. “You don’t know exactly when it came up, but you know it did.” Said Boyd, “And that set me free.”