VATICAN CITY (RNS) — During the characteristically bombastic celebrations for Pride Month in many countries all over the world this June, the Catholic Church, guided by Pope Francis, has quietly shown welcome to the lgbtqia2s+ community, while avoiding changes to doctrine.

“Catholic LGBTQ ministry has been expanding astronomically in the last decade,” said Francis DeBernardo, executive director at New Ways Ministry, a Catholic outreach program aimed at promoting inclusion and justice for the LGBTQ community, in a comment to Religion News Service on Friday (June 24).

“Pope Francis’ welcoming statements and gestures are the main reason for this greater openness to LGBTQ people,” he added.

Six transexual women from different cultural and social backgrounds walked into the Vatican for a private audience with Pope Francis on Wednesday (June 22). The meeting was not announced on the pope’s daily schedule and was organized by Sister Genevieve Jeanningros, 79, known for her work with marginalized groups, including circus performers, the homeless and members of the trans community.

Jeanningros, who does her ministry from a chapel located in a small caravan parked next to a funfair in the Roman port town of Ostia, has known the pope since his election in 2013. She told the Italian online media outlet Fanpage that she asked Francis if she could bring more than one person to the Vatican, to which he allegedly answered: “Bring them all.”

One of the trans women who visited the pope, Alessia, said the meeting with Francis “was emotional” and “they felt welcomed.”

“On Pride Month I think this is an important message,” she said. “The best part of having spoken to Pope Francis is that it was simply a meeting among people and not focused on our differences.” 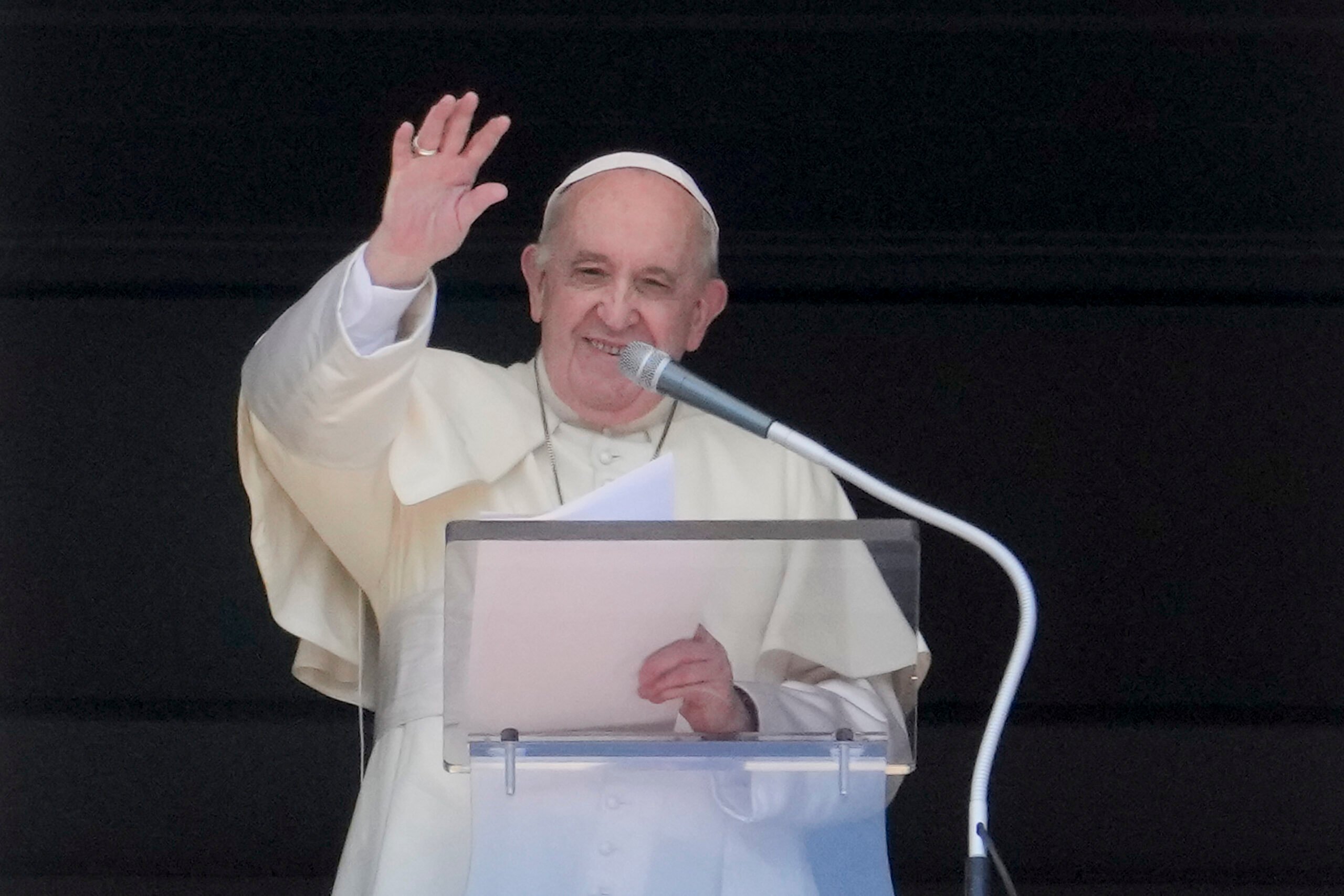 Pope Francis delivers his blessing as he recites the Angelus noon prayer from the window of his studio overlooking St. Peter’s Square, at the Vatican, Sept. 5, 2021. (AP Photo/Andrew Medichini)

This isn’t the first time Pope Francis, who once worked as a nightclub bouncer in his native town of Buenos Aires, Argentina, has shown openness and interest in welcoming members of the LGBTQ community. During the pandemic, he asked papal almoner Cardinal Konrad Krajewski to support a group of trans sex workers who had found refuge in a parish on the outskirts of Rome. The pope has written letters of encouragement to Catholics who minister to the LGBTQ community all over the world, and on Easter of 2021 he invited a trans community in Rome to meet him at the Vatican and helped them get vaccinated against COVID-19.

Pope Francis “has given people courage, and his approach of dialogue and accompaniment has given people a Catholic explanation for how LGBTQ inclusion can be authentically Catholic,” DeBernardo said.

The Catholic Church has not made any changes to doctrine concerning LGBTQ people, and according to its catechism, homosexual acts are “intrinsically disordered.” But Pope Francis’ message of welcome and inclusion toward marginalized people has had ripple effects in the Catholic Church, effects that have become especially evident during this Pride Month.

On Father’s Day (June 19), Alex Shingleton and Landon Duyka, a civilly married gay couple with two daughters, stood before congregants at Old Saint Patrick’s Church in the Archdiocese of Chicago to read a reflection on the homily.