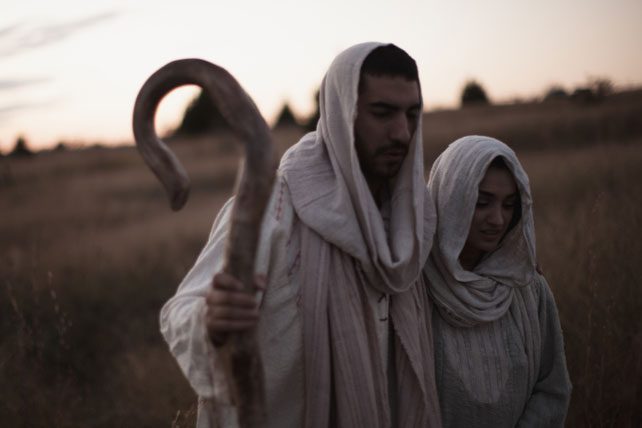 The calendar has turned its final page, ushering in the Christmas season. But for some, the world looking a lot like Christmas does not evoke joy but triggers deep sadness.

Some dread this time of year because it serves as an annual reminder of lost love and broken friendship in an increasingly lonely world. Others, living a meager existence, wonder how they’ll feed their families, much less give gifts to their children. And still, there are many with an empty space at the table where a loved one once sat. I think of families in Newtown for whom December is still a bleak midwinter, seven years after evil stole 20 young lives. I think of refugee families, huddled in tents in foreign countries, fleeing terror and unwanted by the world. I think of political prisoners in dark places like North Korea, living barely human lives, robbed of freedom and dignity.

Violence, suffering, loss — these realities seem so incongruent with our modern notion of Christmas, when we are expected to summon up false expressions of happiness and pretend the world is okay. For many, for most, it’s just too hard. This is why our songs leak out with the raw emotion of darkness. Even Santa Claus, one songwriter reminds us, has the blues.

But as much as sorrow seems out of place in our sanitized, sentimental holiday, it is not at odds with the original Christmas story. In the biblical narrative, we hear the anguished cries of a suffering people, the longing for God to intervene and make all things new.

Jesus entered a world as deeply broken as ours, born not into power or privilege, but as a vulnerable baby to peasant parents in a forgotten town on the backside of the Roman Empire. If we were writing this story, we would not have placed the Savior of the world in Bethlehem with two poor kids from Nazareth. We would not have announced the birth to lowly shepherds and we would not have given this couple so little agency that his family is forced to escape a mad, insecure, despotic Herod. But this is the way God chose to initiate his plan to save the planet from corruption and save humanity from sin.

Then, as now, political corruption flourished at the highest levels, accompanied by deep distrust of religious institutions. Grinding injustice and inequality enriched the powerful and marginalized the poor. God sent Jesus among these forgotten, inaugurating a new kingdom among the lowly and the outsiders.

This is why the message of Christmas is not the sweet, sentimental tale we retell every year. The first advent was subversive, a reordering of the broken systems of the world, the dawning of a new kingdom, a radical mission to save souls and bodies from sin.Just listen to the prayer of Mary, the mother of Jesus:

He has shown strength with his arm;
he has scattered the proud in the thoughts of their hearts;
he has brought down the mighty from their thrones
and exalted those of humble estate;
he has filled the hungry with good things,
and the rich he has sent away empty
(Luke 1:51-53)

This baby, born in a cave, represents a new order in the world. This is why King Herod felt threatened and resorted to infanticide. Jesus, who breathed the world into existence and fashioned humans with his hands, was coming as a human to redeem humankind from the grip of sin and crush the evil whose war against God has brought sorrow to human hearts since Eden. Jesus’ death and resurrection were the final blow in this long, cosmic battle.

Mary’s prayer puts the powerful of this world on notice and announces to the weak that in God’s kingdom, the first shall be last and the last first. Jesus has come to both make individual hearts new and to renew and restore the world. His is a kingdom that both invites all who believe in him and threatens those who use power to crush the powerless.