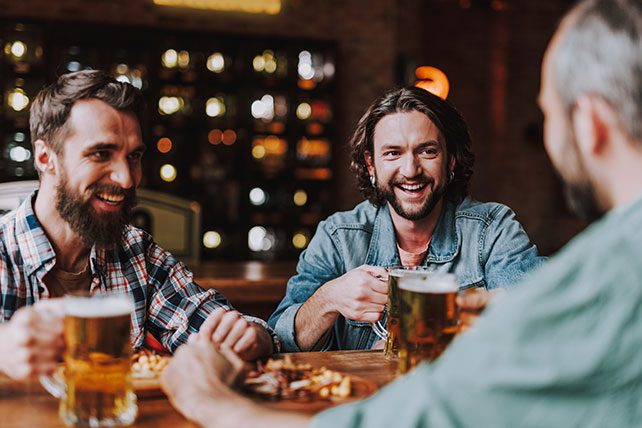 Here are two news stories from different Anglican dioceses on opposite sides of the world. One story illustrated why new kinds of churches really are the hope of the future. It heartened me greatly.

New Kinds of Churches Are the Hope of the Future

PART ONE: DECLINE IN SYDNEY, AUSTRALIA

The first story wasn’t the one that heartened me. It was from the Diocese of Sydney entitled “Behind the decline in Church attendance”, and in it, Anglican priest, Antony Barraclough tried to make sense of the dropping rate of attendance at Sydney Anglican church services.

It caught my eye because even though falling religious affiliation is routinely reported across Australia, I often hear people holding up Sydney Anglicanism as a last bastion of growth and vitality.

Not so, it turns out.

Back in 2011, in an article entitled “Why Aren’t We Growing?”, Tony Payne reported that, based on weekly average service attendance data of all ages, Sydney Anglican congregations were barely growing at around 1.4% per annum. He then pointed out that the population of Sydney itself was growing at around 0.9%.

In other words, back then Sydney Anglican growth had completely stalled. But now we hear it is declining.

In his more recent article, Rev Barraclough tries to interrogate reasons for this decline. None of the reasons he suggests have anything to do with Sydney Anglicanism itself. The problem pretty much gets boiled down to “the world has changed and our hearts are prone to wander.”

He recounts the influence of radical individualism since the sexual revolution, the emergence of Sunday trading, etc. etc., but it all sounds like he’s saying Sydney Anglicans just need to try harder to attend more often.

The second story was from the other side of the world and illustrates the hope of the future. The Diocese of Leicester in the UK reported this: “New forms of church attract thousands of worshippers in Leicestershire.” It’s a beautiful story of new life, creativity, and freedom. Since 2011, the diocese has been working with an Anglican agency called Church Army to foster fresh expressions of church across their region.

First coined by Archbishop Rowan Williams and the Mission Shaped Church report back in 2004, the term fresh expressions refers to new forms of church that emerge within contemporary culture and engage primarily with those who don’t go to church. They are new, pioneering, innovative approaches to doing and being church, which often don’t look like ‘church’ at all.

Usually they aren’t led by ordained, paid clergy. Instead, fresh expressions are headed up by unordained, voluntary lay-leaders. In Leicestershire, 66% of all core leaders were women, 85% of leaders were unpaid, 74% were unlicensed ‘lay-lay’ leaders.

Today, there are 4,378 people actively involved in 99 fresh expressions of church across the Leicester Diocese. In fact, more than one in four of the Anglican worshippers in the diocese attend a new form of church rather than a traditional one. And these new types of churches aren’t drawing people away from the traditional Anglican parish. They are strengthening each other.

The Hope of the Future

When I compare the Sydney and Leicester approaches it appears that one diocese has decided they don’t really need to change much about their churches — they just need to encourage greater commitment from their members — while the other diocese is willing to embrace experimentation and radical change.

FINDING THE HOPE OF THE FUTURE

I’ve been writing for a long time that for the church in the West the hope of the future is to release and sustain fresh new expressions of church.

I’ve seen many such churches get started and not survive. I’ve often been criticized for fostering an unsustainable movement. But I’m beginning to think that the tide is turning. After some failed experiments by some hardy and brave souls who launched out early (God love them), we’re beginning to get this right, if Leicestershire is anything to go by.

It’s so encouraging. I’m getting more and more sure I was right when I wrote this way back in 2006:

“I, for one, am happy to see the end of Christendom. I’m glad that we can no longer rely on temporal, cultural supports to reinforce our message or the validity of our presence. I suspect that the increasing marginalization of the Christian movement in the West is the very thing that will wake us up to the marvelously exciting, dangerous, and confronting message of Jesus. If we are exiles on foreign soil—post-Christendom, postmodern, postliterate, and so on—then maybe at last it’s time to start living like exiles, as a pesky, fringe-dwelling alternative to the dominant forces of our times. As the saying goes, ‘Way out people know the way out’.”   (from Michael Frost, Exiles: Living Missionally in a Post-Christian Culture, p.8)

This article on how new kinds of churches are the hope of the future originally appeared here, and is used by permission.