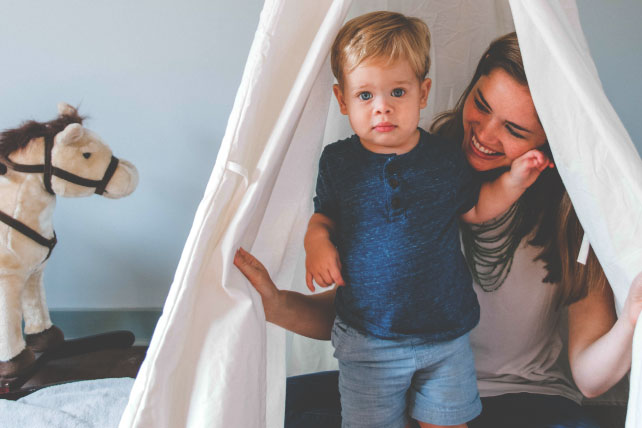 Over the years as a pastor, I’ve talked with people on their deathbeds and have often heard the same thing from parents: If they had it to do all over again, they would spend more time with their children and their spouse. And of course they always add, “I would have been closer to God.”

You don’t have to wait until your deathbed to realize how important your family is. One father whose children were grown and out of the house looked back and made this statement:

My family’s all grown, and the kids are all gone. But, if I had it to do all over again, this is what I’d do: I would love my wife more in front of my children. I would laugh with my children more—at our mistakes and our joys. I would listen more, even to the littlest child. I would be more honest about my own weaknesses, never pretending perfection. I would pray differently for my family—instead of focusing on them, I’d focus on me. I would do more things together with my children. I would encourage them more and bestow more praise. I would pay more attention to the little things like deeds, and words of thoughtfulness.

He concludes, “If I had to do it all over again, I would share God more intimately with my family; every ordinary thing that happened in every ordinary day I would use to direct them to God.”

What Kids Need Most From Their Parents

How important it is for parents to realize their children are a gift to them from God. Psalm 127 says, “Children are a gift from the Lord; they are a reward from him. Children born to a young man are like arrows in a warrior’s hands. How joyful is the man whose quiver is full of them! He will not be put to shame when he confronts his accusers at the city gates” (verses 3–5 NLT).

During the social experimentation of the 1960s, we did away with the so-called nuclear family, laughing at such a concept and finding new ways to express it in the name of being progressive. And now we’re reaping the inevitable results. We’re seeing the folly of it.

Studies have shown how wrong this approach has been. Harvard University sociologists Sheldon and Eleanor Glueck developed a test to determine whether 5- or 6-year-olds would become delinquent. Their test, which proved to be 90 percent accurate, found there were four primary factors necessary to prevent juvenile delinquency: 1) the father’s firm, fair and consistent discipline; 2) the mother’s supervision and companionship during the day; 3) the parents demonstrating affection for each other and for their children; and 4) the family spending time together in activities where all participate.

Your kids need you—not just in the early years but throughout their years at home. You’re impacting them. They need an on-hand mom and the active involvement of a father.

When my wife and I had our first son, Christopher, we were very young. Cathe was 19, and I was 22. We didn’t live in a nice home. We didn’t have nice things. In fact, our furniture had the stuffing coming out of it. One person would give us one thing, and we’d find another thing at the Salvation Army. We tried to fix things up and make them look as nice as we could. We didn’t have much food in our refrigerator. We actually had to finance a television set—a miniature black-and-white TV that cost $105. We financed it for $6 a month. But my wife was there at home for our son for those very important years of his life.

The concept of quality time is nothing more than a myth. Children need quantity time. They need hands-on involvement from both parents.

Maybe you’re thinking, “Don’t lay a guilt trip on me. I’m busy.” We’re all busy. Are you saying that you could not make more time to be with your children? You might find that if you simply eliminated a couple of things, a lot of time would open up.

I wonder how much time parents waste watching television or checking their social media when they could sit down with their children and play a board game or simply talk. It’s all a matter of priorities.

Once it’s over, it’s over. We can’t regain that time again. We can’t go back and fix things. That is why parents should take the time now to do everything they can to impact their children. Establish parameters for them. Give them discipline. They need parental leadership. They may resist it at the time, but they will be grateful for it later.

It isn’t teaching children through rigid, unbending dogmatism but through explanation and example. That starts in a parent’s own relationship with God.

Are you setting an example? Do you need to make some changes in your life so you can be an effective example and leader?

Andrew Murray wrote, “The secret of home rule is self-rule, first being ourselves what we want our children to be.”

It shouldn’t be our goal, however, to mold our children into our image. Our goal instead should be to mold them into God’s image.