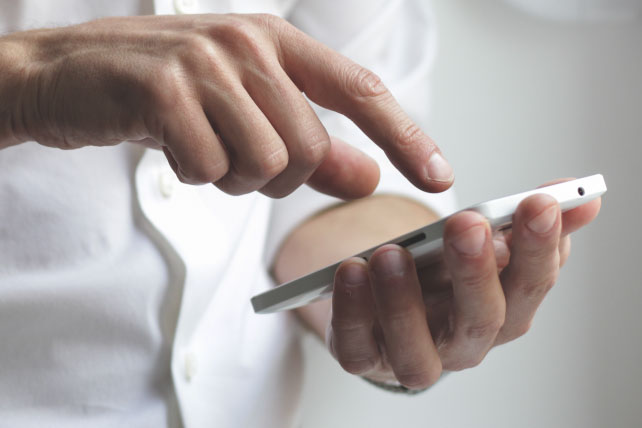 Recently I received a message through my Facebook page from a wife struggling with a very common issue in modern marriages. To paraphrase her message, she said, “My husband always has his cell phone with him. Sometimes, he even sleeps with it in his pocket. He never wants me looking at it. I’m afraid he’s communicating with other women or hiding something else, but I don’t want to snoop or make things awkward by demanding to look at his phone. He gets so defensive when I mention it. I’m heartbroken, but I feel stuck, and I don’t know what I’m supposed to do to make the situation better. Should I check his phone? I’m afraid of what I would find! Am I being overly sensitive or is he the one who is out of bounds?”

Should I Be Allowed to Check My Spouse’s Phone?

Over the years, my wife, Ashley, and I have interacted with countless married couples, and a trend we’ve discovered is that the way a couple handles their cell phones reveals a great deal about the overall health of their marriage. Let me explain…

When a spouse is defensive or secretive about his/her phone, it’s usually a symptom of some kind of unhealthy behavior. It’s not always infidelity, though inappropriate interactions with the opposite sex are certainly common among people who keep passwords from their spouse. When you don’t give your spouse full access to your phone, you’re essentially saying, “I’m not giving you full access to myself. There are secrets I don’t want to tell you, behaviors I don’t want to reveal to you, or activities I don’t want to share with you.”

You might pridefully believe that you have the right to keep secrets from your spouse, but any form of deception or secrecy in a marriage is toxic. The healthiest couples value transparency over personal privacy. When a spouse operates in secrecy, it creates distrust and disunity in the marriage. This goes against the very definition of marriage. As a Christian, I believe that marriage was God’s idea and His timeless instructions for the sacred covenant is still the best plan. The Bible tells us that the first married couple was “naked and they felt no shame.”

This simple verse in Genesis reveals the power of a “Naked Marriage.” It’s a bond of complete transparency and trust with nakedness (physically, emotionally and spiritually) with nothing to hide from each other. It’s the kind of intimacy we all long for but it takes courage and vulnerability to achieve it. Secrecy is the enemy of intimacy. Every healthy relationship is built on a foundation of honesty and trust.

As it relates to your smartphone, you can start building this kind of intimacy and transparency by taking the “Secret Free Guarantee” in your marriage. It’s a pledge of total transparency including shared passwords and nothing to hide from each other. My wife knows the passwords to every device and account I own, because if it’s “mine,” she owns it too! Giving her total access to my phone is one of  “rules” I follow to promote transparency and prevent infidelity in my marriage.

So, if you’ve truly got nothing to hide from your spouse, give him/her the security and comfort of knowing that they have full access to your phone (and everything else). Don’t make him/her have to ask. Be proactive about promoting transparency in your marriage. If you’re hiding something, get it out in the open. A painful truth is always better than a hidden lie. Your marriage is more important than your phone.