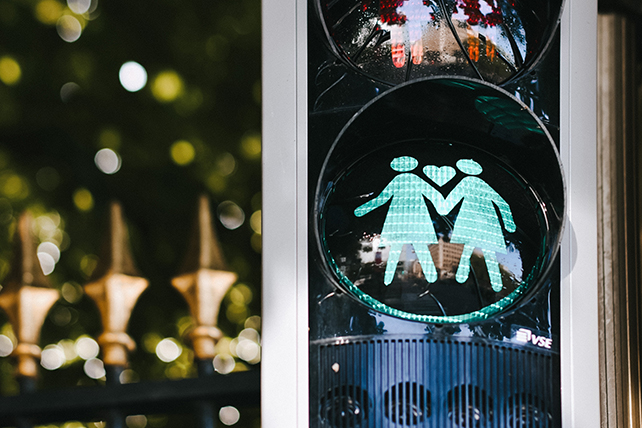 Some issues in the Christian life matter more than others. The apostle Paul made a distinction between matters that were primary to the gospel, and issues that were not. In 1 Corinthians 15:3 he writes, “What I received I passed on to you as of first importance.” This is not to say that other issues are of no importance, just that they are not of first importance.

In Romans 14:1 he instructs his readers not to pass judgment on “disputable matters.” On such issues Christians need to know their own mind and receive in fellowship those who differ. We might consider as examples of present day “disputable matters” issues like infant baptism, or our understanding of the end times. On such matters Christians are free to differ. But on matters of first importance we must remain in agreement if we are to be faithful to the gospel.

There are five reasons why we must regard the issue of homosexuality as being of first importance.

1. The witness of the church

For virtually all of church history the people of God have held that homosexual behaviour is sinful. This is still the case for the vast majority of Christians around the world today. Those in the church who demand that we affirm homosexual behaviour are proposing something that virtually every member of the universal church would be bewildered by. And the one place where this is being pushed is in the Western church at the precise moment our culture is making this a defining issue. This should give us enormous pause.

2. The authority of Scripture

What you have to do with the Bible to make it supportive of gay relationships is profoundly un-evangelical, un-Anglican and un-Christian. There are six passages that directly mention homosexual behaviour, and all of them do so negatively. For those of us with same-sex attraction these are not easy passages to read. But they are clear in what they say and we must receive them as good words to live by.

The only way to make such passages supportive of gay relationships is by employing the most torturous methods of interpretation to discount them. These methods include: ignoring the contexts such verses come in; and determining the meaning of key word and terms not by how the biblical author uses them but by how later secular culture uses them.

These passages are studied in detail in an excellent book by John Stott—in a freshly edited edition. John Stott remains a compelling and urgent voice in today’s discussions about human sexuality, and so it is wonderful to have his work refreshed and available to the church in this format, alongside stories that underline how God’s timeless word continues to bring goodness and flourishing.

3. The purpose of marriage

One of the purposes of the union of a man and woman in marriage is to display the mystery of Christ and the church (Ephesians 5:32). Marriage is the visual aid of how our saviour relates to his people. When we alter the definition of marriage to include same-sex couples, we radically alter the gospel message which marriage is meant to visualise. The Bible’s teaching on marriage alone is enough to settle the issue of homosexuality. Even if the six passages directly mentioning homosexuality were not in the Bible, we would still be clear that homosexual practise is ungodly. Christians believe what we believe about homosexuality because we believe what we believe about marriage.

4. The fate of homosexual people

Paul is very clear that the “unrighteous” will not enter the kingdom of God (1 Corinthians 6:9-11). Among the very various examples of unrighteous behaviour he lists is homosexual practice. Paul is delivering a profound warning: Those who do not repent of such behavior will not enter heaven. Eternity is at stake. To say the issue does not matter is to say that the eternal destiny of people does not matter. This is not the case with secondary issues like infant baptism or women’s ordination.

5. The censure of Christ

In Revelation 2 Jesus rebukes the church in Thyatira for tolerating someone whose teaching leads people into sexual sin (Revelation 2:20). We do not know if this is a lone voice or one of many (most likely “Jezebel” is not the teacher’s name). What is more significant, however, is how Jesus responds to this situation: He is not just against those who are doing the teaching; he is against those who tolerate such teaching in their midst. Not all tolerance is godly, and it is Christ-like to be intolerant of certain things.

Not taking a side on this issue is to take a side. To decide it is a matter of indifference is to risk having Jesus against you. Read the description of him in Revelation 1 and consider if you would ever want to risk that Jesus being against you.