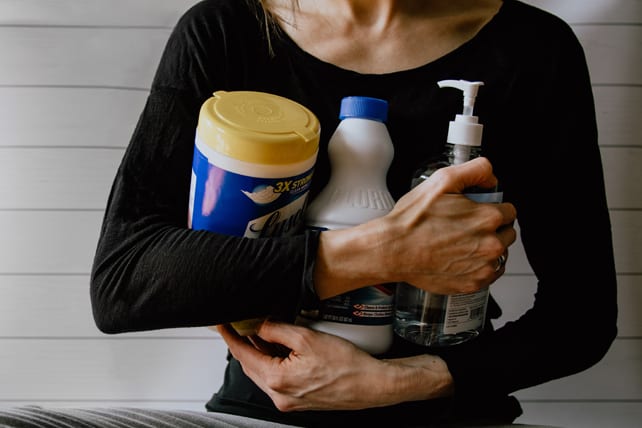 I have a 60-year-old sister named Joanne. She is intellectually disabled and she is freaking out.

It used to annoy me when people asked me what Jo’s “mental age” was. It’s not as simple as saying she’s like a six-year-old or an eight-year-old. She lives in a group home near me, catches public transport, works at a social firm (what used to be called a “sheltered workshop”), uses a cell phone and mucks around on the internet, all things adults do. But she also likes playing with dolls, coloring books, and she has a vivid fantasy life.

I pick her up most Saturdays. We have coffee and she updates me on her “babies”, Chloe and Susie. I try to show genuine interest in her dolls’ endless progress through babyhood, which includes vaccinations, sleepless nights, and teething. Sometimes I feel like Lars’ brother in that film, Lars and the Real Girl. I even go to thrift stores with her to shop for baby clothes for her dolls. You might struggle to imagine me holding up teeny jumpsuits to see if they’re stained or fraying, but, well, I do.

Joanne is easily thrown when her schedule or her environment changes. She already feels powerless and can become highly anxious with new challenges. She reports to me on criminal activity she’s seen on the news. She points out all the police cars and ambulances we pass. It’s an anxiety response.

But this year it’s gotten worse.

First, it was Australia’s devastating fire season this past summer. Joanne kept asking if the bushland around her place would burn. And if it did, she wondered, could the flames reach her home? Every time she saw a fire truck she’d ask if it was going to her place.

I’d assure her she was safe.

For months I’d assure her.

Then, a supermarket in her street was broken into one night. The robbers got away with cash and cigarettes. The next day, while Jo and I were in a thrift store she asked me if the crooks would rob the store with us in it. I reassured her we were safe. I made up some story about the robbers hiding out in their house, terrified of the cops.

But now, it’s coronavirus. She reports on what she’s heard — about how bad it is, how people are dying, how events are being cancelled, how the hospitals will be flooded with sick people. It freaks her out.

But then she self-soothes by telling me she’ll be alright.

I know that Jo really wants reassurance, but I’m left speechless, uncertain of whether a good lie will help calm her fears. I tell her to stay off public transportation, and to wash her hands regularly, and to keep a distance from people. But I can’t tell her she won’t get it. And I can’t tell her I won’t get it.

Spending time with Joanne is like spending time with anyone, but without a filter. She says the things others think but won’t say. Her fears might be somewhat more elevated than others, but only somewhat.

We’re all freaking out.

After the horrors of Australia’s Black Summer, the devastation of the Thai mall massacre, the shocking death of Kobe Bryant, the US assassination of General Soleimani and fears of another world war, now it’s a pandemic without a vaccine. And that’s just 2020!!

I’ve had several friends tell me they’ve sought out therapy to try to get their anxiety and sleeplessness under control. So much bad news is causing stress and adrenal fatigue.

In a very helpful article on the negative effects of the news cycle, Jody Lightfoot writes, “Researchers have found that too much negative news produces moods of anxiety and sadness. These mood changes intensify our personal worries, even if they aren’t related to the news stories being broadcast.”

Lightfoot suggests a series of very practical ways to keep from freaking out in times of constantly negative news. They include:

My sister’s negativity bias is pretty highly tuned. She’s aware of the precariousness of her life. She feels powerless. But really she’s just like you, but without a filter.

We’re all freaking out.

Read Jody Lightfoot’s article. It’s really helpful. Also, share the good stories. I recently posted a few good stories from the pandemic and asked others to do the same. I got a thread full of wonderful examples of human nobility and generosity. Here’s a few:

Try to stay positive, folks. And I’ll try to get Joanne through the worst of it.

This article about coronavirus freaking out people originally appeared here.