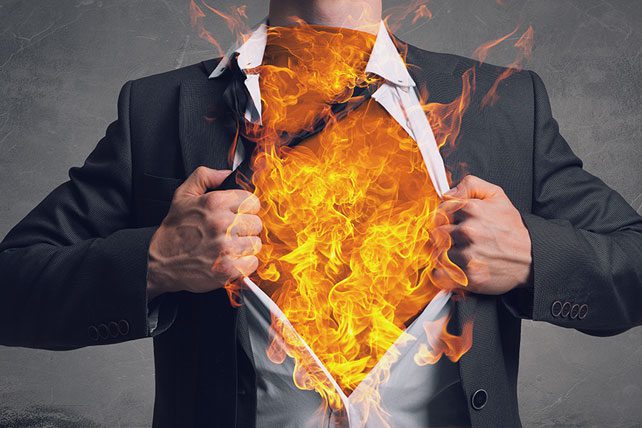 “Can a man carry fire next to his chest and his clothes not be burned? (Proverbs 6:27)

I, like many others, have been listening to The Rise and Fall of Mars Hill. It’s an incredibly sobering look, by Mike Cosper, at the ministry of Mark Driscoll at Mars Hill in Seattle. I thought of Proverbs 6:27 as I was listening to one of the more recent podcasts.

At a conference, Driscoll was talking about the importance of a plurality of elders. It’d protect from one preacher not being the center, people not following a single man. He talked about the dangers of celebrity. It was as if he was saying that it was holding fire to the chest. It was incredibly insightful. I only wish he had listened to his own advice.

That’s the thing with Solomon. He didn’t listen to his own advice. He held fire to his chest and it cost him his entire empire. How could this happen? Why would Solomon have done this if he knew better? Solomon knew better. So did Driscoll. So, why? I think Bruce Waltke gives a helpful answer:

If one should ask, “If Solomon is the wise author, how could he have died such a fool?” let it be noted that he constructed his own gibbet on which he impaled himself—that is, he ceased listening to his own instruction. Spiritual success today does not guarantee spiritual success tomorrow.

The other day I picked up my copy of Dangerous Calling by Paul Tripp. Look at the back cover: 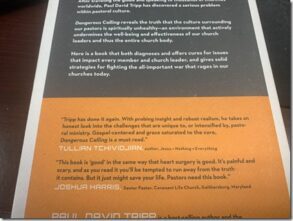 Harris no longer identifies as a Christian and Tchvidjian had his own fall. A dangerous calling indeed. How does this happen? Ironically enough, I think one answer is found in Tripp’s book; namely, we lose our awe.

This means that every sermon should be prepared by a person whose study is marked by awe of God. The sermon must be delivered in awe and have as its purpose to motivate awe in those who hear…Now it’s very hard to preach and shape the ministry of the church this way if familiarity has produced a blindness that effectively robbed you of your awe of God. It is very difficult in ministry to give away what you do not possess yourself.
(Tripp, 118-119)