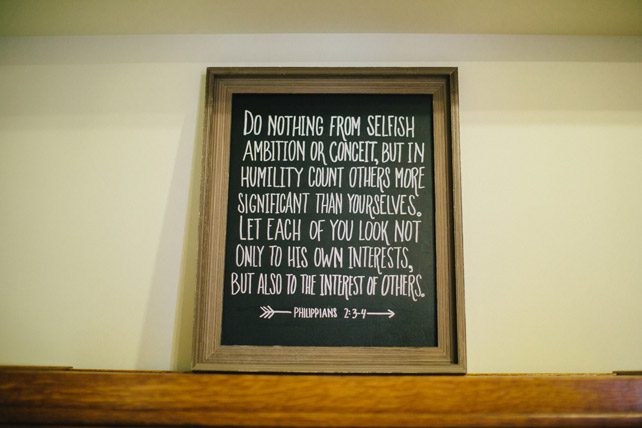 Some years ago, I drove along the Pennsylvania Turnpike about two o’clock in the morning with a friend after having spent all day at a steel corporation in eastern Pennsylvania dealing with labor management issues. My companion was a man who had lost his job as a highly paid executive in the industry for being too concerned about the welfare and dignity of the laborers in his plant. As we were making this drive in the wee hours of the morning, I noticed my friend was at the point of exhaustion, and so I asked him the question: “Why are you doing this?” He looked over at me as if to indicate that my question was a foolish one, and he replied simply: “Because it’s the right thing to do.”

In stark contrast to that, in this past year I have witnessed the worst type of corruption within the church that I have seen in my lifetime. I was chairing the board of a Christian institution of learning as we dealt with a question of the propriety of the teaching of one of the professors. The task of the board was to guard the purity of the doctrine of the institution. The motion was made to suspend the professor for a brief period of time in order to give him an opportunity to amend his views. As chairman, I did not vote, but the motion carried by a vote of eight to two.

During the discussion, one of the men who voted against the resolution asked this question: “Can’t we deal with this question in a more pragmatic way?” Another board member responded by saying, “No, it is our responsibility to act not according to pragmatism but according to principle.” The motion to suspend was passed by a margin of eight-to-two. The pragmatist who was outvoted, instead of submitting to the vote or bringing in a minority report, went around the board and did everything in his power to have the board’s decision overthrown. Accomplishing this, his next move was to see to it that board members with whom he disagreed were ousted from the board. Through Machiavellian machinations of corruption, this pragmatist was able to succeed. In his wake, he left the demolition of a strategically important institution of Christian learning.

What is pragmatism? Pragmatism is the only philosophy native to America. Pragmatism eschews any hope of discovering ultimate truth. It is skeptical with respect to objective principles of righteousness and defines truth as “that which works.” In this philosophy, the end always justifies the means. The driving force behind decisions within the scope of pragmatism is the force of expediency.

Several years ago, I had the opportunity to have lunch with a ranking senator of the United States Congress. During our discussion, I raised an ethical issue that the Senate faced at that time and asked him why the Senate didn’t act on that particular issue. He replied that he agreed with me that the Senate certainly should act on it, but he added that they could not do it that year because it was an election year. I moved to my second question and asked about another issue that needed the Senate’s attention. Again he agreed that it should be addressed, but not that particular year because it was an election year.

After we got to the sixth or seventh question where the mantra was repeated again (“not this year because it’s an election year”), I looked at the senator and asked, “Is there anybody up here on Capitol Hill who thinks about the next generation instead of the next election?” I guess it was too idealistic of me to think that our nation’s leaders would be a bit more concerned for the welfare of the nation than for their own political war chest. No nation (or Christian institution, for that matter) can survive when its leaders are driven by a spirit of pragmatism or make their decisions according to political expediency.