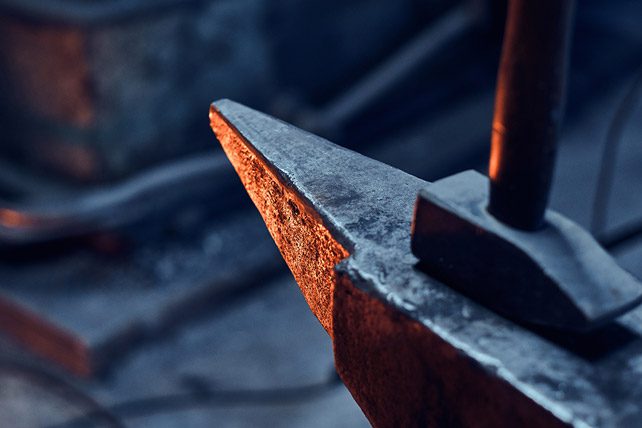 “My friend,” John Adams wrote to Thomas Jefferson toward the end of both their lives, “you and I have lived in serious times.”

The American colony was embroiled in a contentious relationship with its mother country, Britain, which would erupt into a declaration of independence and eventual war. Instead of swift and immediate defeat at the hands of the British, the conflict birthed a new nation that in just over two centuries would be unrivaled in power and influence.

But I will confess to being equally taken by another dynamic: that Adams, Jefferson and the other Founding Fathers led serious lives. Had they not, the course of history would have taken an altogether different turn.

John Adam’s life was integrally involved with the Continental Congress, the American Revolution, the writing of Massachusetts’ constitution and the negotiation of the Treaty of Paris. He served as the first American vice-president under George Washington and then became the nation’s second president. Thomas Jefferson drafted the Declaration of Independence and then served as the country’s first secretary of state, second vice-president and third president. He fashioned the Louisiana Purchase and founded the University of Virginia. It is fitting that these Founding Fathers of America – Adams and Jefferson – died on the same day, July 4, 1826, the fledgling country’s 50th anniversary.

Serious times met with serious lives. This is the anvil on which history is forged. More important, it is the means by which the Kingdom of God is advanced and the life of a Christ follower measured. Paul Helm rightly notes that according to Scripture, “the whole of a person’s life is fundamentally serious, something for which he is responsible before God, and for which he will have to give an account…He is individually responsible to God for what he ‘makes’ of it.”

This brings me to a confession.

I’m taken by this because there is nothing that I want more than for my life to matter.

I want to be used profoundly by God, to be seized by His great and mighty hand and thrust onto the stage of history in order to do something significant. With as pure of a heart as I can muster, this isn’t about fame or prestige. It’s about wanting my life to count where it is needed most. There is a great movement of God that has been set loose in this world, and I want to be on the front lines.

Between college semesters in the summer of 1980, I went out to Colorado to work on a project for a company my father was managing. I took some time off one weekend and went into the city of Fort Collins. I walked around the campus of Colorado State University and then made my way to a theater. A new movie had just been released—the second installment of the original Star Wars trilogy, The Empire Strikes Back.

As I am sure you know, the entire Star Wars saga is about the cosmic battle between good and evil, with the first three films focused on a young farm boy named Luke who becomes swept up in a galactic rebellion against an evil empire.

Seeing that movie long, long ago in a city far, far away at the tender age of 18 was a defining moment for my life. I walked out of the theater profoundly moved. I remember sitting in my car in the parking lot, overwhelmed with a single thought: That’s what I want for my life. To be caught up in the sweep of history. To be in the center of things. To be making a difference. To be at the heart of the struggle between right and wrong, good and evil. My heart was almost breaking at the thought of a life of insignificance. Then I recall thinking, But where can that happen in the real world? How can I be a part of something that is bigger than I am? Where in life can something so grand be found?