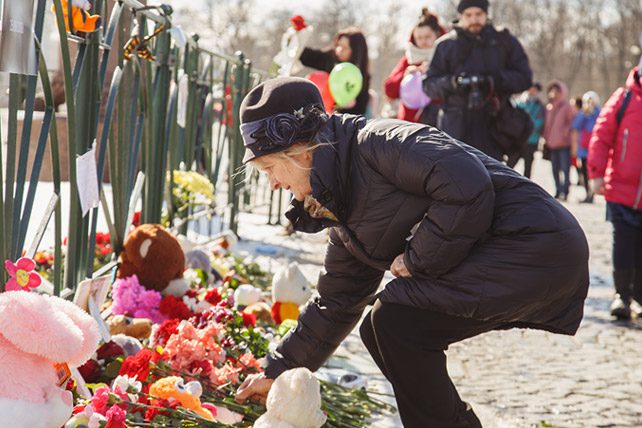 Early on a Friday morning, I noticed that I had missed a call from the administrative assistant at my church while at the gym. I figured I could call her back as soon as I got home.

But before I could walk in the door, I received another call from someone on our pastoral team. At this point, I realized something had to be terribly wrong. I answered and all I could hear were soft sobs on the other end of the phone.

“Dale, there’s been a terrible accident.”

A couple in our church had been killed in a house fire. This couple had been an integral part of our church for many years. He had served on our elder board. She had led innumerable bible studies. They were the sweetest Jesus-followers you could ever hope to meet. They were fixtures in our church and in the community at large.

Now, both of them were gone.

As details surfaced throughout the day, the story continued to evolve. This wasn’t an accident. This dear couple had been murdered. And the main person of interest was their own son, who had suffered from mental illness for years.

This was unthinkable. This news was shocking and dismaying, and more troubling details still continued to surface.

But as one of the pastors in my church, what was I supposed to do? This isn’t exactly the kind of thing they train you for in seminary.

Yet tragedies happen all the time. Within a week of this horrible news, a mass shooting took place just 70 miles away from my church. The news also reported that fatal fires were sweeping throughout my state. To put it mildly, it was a rough week.

I still don’t know what anyone is supposed to do in situations like these. But here are five things I’ve learned about how to respond when tragedy strikes your community.

During a tragic event, it’s important to communicate with all the people it may affect. This can be difficult, particularly if you’re the one making multiple phone calls, breaking the news to people you love and hearing their troubled first reactions.

The initial hours after the news breaks are chaotic and overwhelming.

But clearly communicating is an important ministry of care and compassion during a difficult situation. So we want to make sure that we communicate well.

When communicating what has happened, don’t begin with a long preamble because you’re too afraid to come out and say what happened. Be direct. Be short. Be simple. Be compassionate. In your pain and stress, resist the urge to embellish details or to fill in the gaps with speculation.

In the moments when we are conveying information about the tragedy, we need to pull ourselves together just enough to be coherent.

The person who is on the other end of the phone is likely feeling what we felt when we first heard. Shock. Disbelief. Sadness. What they need is to be given the necessary information to help them assimilate to the reality of what has happened and what they should do in response.