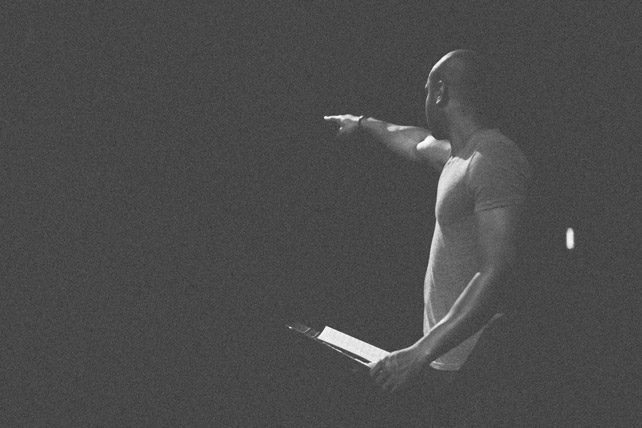 Throughout the bible, prophets have always boldly spoken truth to power, calling their people to repent of the systemic sins of their time and to turn toward God in renewed faith and devotion. And throughout the history of the Church, we have benefited greatly from such prophetic voices, which have been pivotal in starting reformations, revivals, awakenings, and civil rights movements.

Given the moral, political, and ideological upheaval that the American Church is currently experiencing, we could really use some prophetic voices in our time. Voices that can cut through the noise, courageously call out our collective sins, and inspire us in the direction of greater faithfulness to Jesus.

But there’s a not-so-subtle distinction between being a genuinely prophetic voice and being divisive and problematic.

That distinction just isn’t obvious to everyone. There is no small number of church leaders and Christian influencers who use their platforms to bully others, heap shame on them, or even to lead them into the direction of their idols rather than away from them.

To state it more directly, they are not prophets. They’re just jerks.

While Jesus was never one to beat around the bush to spare anyone’s feelings, the intent behind his words was always kindness and grace, as well as righteousness.

That can be a difficult needle to thread, and some of us do it better than others. In fact, we might even just do it better on some days than on others.

But if you have a public platform, or follow Christian leaders who do, here are four signs that reveal when someone has left the realm of being a prophetic voice and ventured into jerk territory.

In many ways, a person with a prophetic voice is born for conflict. A prophet necessarily stands in opposition to the status quo of sin, injustice, and complacency. What’s more is that they oppose the power structures and traditions that are serving to maintain that status quo. Having the courage to do so quickly creates enemies.

Jesus said it himself. Standing for what is good, pure, and true can be incredibly costly.

Even still, while the person with a prophetic voice is always willing to meaningfully engage with the conflict their words invite, they aren’t stirring up division simply because they enjoy the drama.

Only jerks do that.

Prophets speak plainly and directly, because they are burdened for the truth. Jerks are intentionally inflammatory, because they know that controversy will grow their platform. Prophets are ultimately looking to end the conflict for the sake of both righteousness and unity. Jerks are in it for the pageantry of war.

2. Prophetic People Speak to the Sins of Their Own Tribe. Jerks Judge Others.

While there are certainly instances where God called the prophets of old to speak messages of repentance to other nations, most of them spent their time speaking out against the ills of their own people.