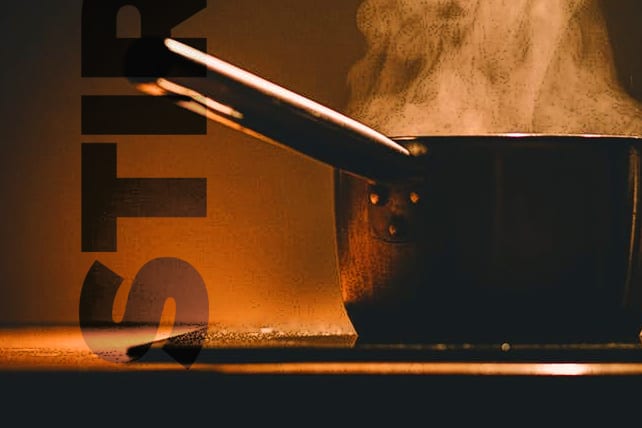 As a pastor, how often do you stir the pot? Consider the following words from 1 Timothy:

“…according to my gospel, for which I suffer hardship even to imprisonment as a criminal…”  (2 Timothy 2:9)

Pot-stirring: To take a stand on a controversial issue. Known colloquially as “opening a can of worms.” Rocking the boat. Rubbing the old cat’s fur the wrong way. Upsetting apple carts.

It’s a poor pastor who doesn’t stir the pot from time to time.

Do You Stir the Pot?

They didn’t crucify Jesus for sweet-talking the 23rd Psalm, for explaining the symbolic meaning of items in the Tabernacle, or for spending six months on the Greek verbs. He took a stand on what matters most, and when people didn’t like it, He held His ground and paid the ultimate price.

I remind pastors if they’re in this line of work for job security, they might want to think again. Right after reading Matthew 10, beginning at verse 16.

–Beware of men; for they will deliver you up to their courts, and scourge you in their synagogues.

–Brother will deliver up brother to death, and a father his child.

–You will be hated by all on account of My name.

–If they have called the head of the house Beelzebul, how much more the members of his household.

–He who loses his life for My sake shall find it.

All over the globe, pastors and other sold-out Christ-followers daily demonstrate the reality of those words. It is to our everlasting shame that we in the 21st century American church expect our pastors to play it safe, to avoid controversy, to keep silent on matters which could offend.