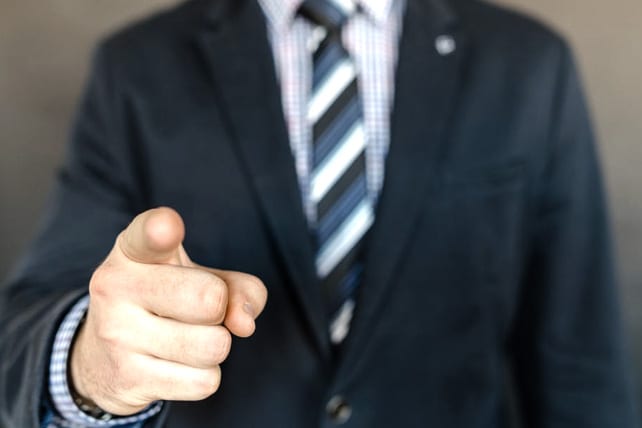 Over the weekend, Ivan Mesa posted a quotation from Charles Spurgeon that seems particularly apt in our social media age:

Charles Spurgeon: “Never write what you dare not sign. An anonymous letter-writer is a sort of assassin, who wears a mask, and stabs in the dark. Such a man is a fiend with a pen. If discovered, the wretch will be steeped in the blackest infamy.”

Truer in the social media age.

Truer words have never been spoken. I can remember as a young man hearing my pastor talk about what he does with anonymous letters. He ignores them. And now I get it. They are acts of cowardice written by someone who doesn’t wish to be accountable for his own criticism (and such letters typically are critical). Such communiques are not written from love but from self-preservation. Their anonymity seems to be a mark against the character of the sender. How can they be trusted? Indeed, they are contemptible.

And of course in our social media age, opportunities for anonymous criticism abound. Anonymous blogs and twitter accounts are like drive-by bludgeons, mass-producing invective and criticism. They can be an assembly line of asinine, unaccountable commentary and critique. As Solomon warns, they exemplify the “one who speaks rashly like the thrusts of a sword” (Prov. 12:18).

This is not to say that we can’t benefit from criticism. We can, and we do. But the biblical way of criticism is open and constructive, not hidden and with ulterior motives. The Psalmist writes,

The way of wisdom embraces critique, especially from trustworthy sources. If you know the character of the one giving the critique—if you know that they love you—you can trust that they are not speaking out of subversive ulterior motives. You can learn, and you can grow. You cannot have that kind of confidence in anonymous critique. An anonymous critique may possibly have some truth in it, but its shadowy source requires that it be viewed with wise skepticism.

The Proverbs put it this way”

5 Better is open rebuke than hidden love.
6 Faithful are the wounds of a friend; profuse are the kisses of an enemy.
–Proverbs 27:5-6

What kind of “rebuke” is to be desired? The kind that is open—face to face, heart to heart. In fact, such reproof can be an expression of love. It’s better to share such correctives than to hide them. Hard words are “faithful” precisely because they are coming from a “friend”—someone you know and whose character you trust, someone that you have confidence is without nefarious, unseen motives. You can rely on them to tell you what you need to hear, not flatter you with what you want to hear.

Anonymous critiques are shorn of this biblical wisdom, and they invite skepticism and contempt. Don’t give anonymous critiques. Stand by your words. If you can’t stand by them, then you have no business speaking or writing them. Learn from your critics—even those with bad motives. But be appropriately skeptical. Your bad-faith critics must be judiciously weighed, and they may miss as often as they hit.

As for your anonymous critics, Spurgeon is right. They are a “sort of assassin, who wears a mask, and stabs in the dark. Such a man is a fiend with a pen. If discovered, the wretch will be steeped in the blackest infamy.” Hold them in due regard.

N.B. Ivan Mesa’s quotation of Spurgeon sent me on a search for its source. That search led me to a happy discovery of a work by Spurgeon of which I was previously unaware, The Salt-Cellars: Being a Collection of Proverbs Together with Homely Notes Thereon. It’s a two-volume collection of proverbs that Spurgeon amassed over decades of writing. Spurgeon explains that he loves these types of sayings because they are “salty.” He explains that oftentimes “A line may strike where a discourse may miss” (1:vii).

The sayings are not biblical proverbs but common English aphorisms. Under each proverb, Spurgeon offers a brief commentary on their meaning. It really is a treasure-trove of wisdom. The quotation that Ivan Mesa shared is actually an aphorism followed by Spurgeon’s short commentary. Here’s how it appears in the book:

In his commentary on these proverbs, Spurgeon also tries to show how they correspond with good biblical sense. In other words, he regularly makes biblical applications out of these sayings. Spurgeon explains, “I have therefore placed, not only moral precepts, but gospel instructions in the midst of these common maxims. Thus has the salt itself been salted” (1:vii).

Indeed it has. Take up and read!

C. H. Spurgeon, The Salt-Cellars: Being a Collection of Proverbs Together with Homely Notes Thereon, 2 vols. (London: Passmore and Alabaster, Paternoster Buildings, 1889).