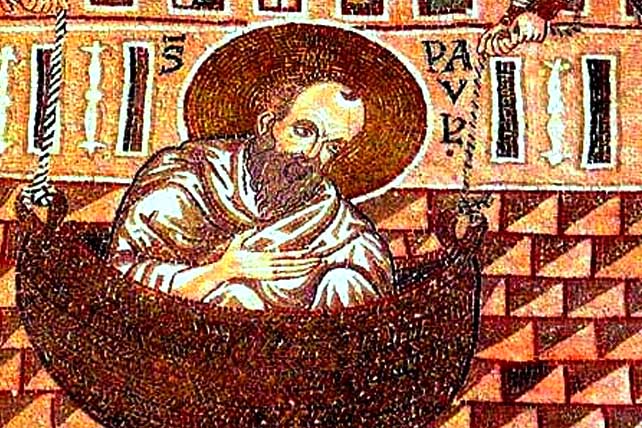 Indeed, I count everything as loss because of the surpassing worth of knowing Christ Jesus my Lord. For his sake I have suffered the loss of all things and count them as rubbish, in order that I may gain Christ… (Philippians 3:8)

That is Paul’s way of saying that he has found an inimitable treasure. When we speak like this we say things like, “Becoming a Christian is the best decision I’ve ever made.” We’ve found such a wonderful friend in Jesus that nothing compares. When we speak in such a way (and we should) it is understandable that some might think following Jesus means your life becomes full of rainbows, unicorns and cupcakes.

This seems to be one of the significant errors that was taking place in Corinth. They rightly latched onto the triumph of Christ and his kingship and our adoption and all the blessings which come with being a follower of Christ. But they wrongly assumed that the crown could come without a cross. They fell victim to the third temptation that Christ faced.

In order to combat this in 2 Corinthians Paul takes up the language of a fool and does a bit of boasting. He can barely endure it and cuts off mid-sentence as he shifts to what he really ought to boast in; namely, his weakness and the sufficiency of Christ. Reading down the list of all the things Paul went through is eye-opening. You’d love to sit down him and hear all the stories about the shipwrecks or the danger from robbers. But he doesn’t go into detail on those. Instead he tells the story of being let down a wall through a basket.

What, Paul?!?!? Of all the awesome stories you have of God’s deliverance the one you choose to give two lines to is this one:

At Damascus, the governor king Aretas was guarding the city of Damascus in order to seize me, but I was let down in a basket through a window in the wall and escaped his hands. (2 Corinthians 11:32-33)

Why does Paul spend two lines on this story?

When many people think of the apostle Paul they think of the guy who was saved on the road to Damascus. The guy who was headed there to persecute Christians but was then knocked off his horse and converted to Christ. Everything Paul wrote in Philippians 3 about finding Christ as the greatest treasure found its beginning in Damascus. So when Paul speaks of Damascus our minds go to the place where Paul found this great treasure.

The Corinthian understanding of the gospel is that when a person is a follower of Jesus their life of prosperity is only beginning. The abundant life begins at your Damascus. But Paul’s life tells an opposite story. Rather than an abundant life (of cupcakes and rainbows and unicorns) Paul was given an abundant life of suffering in Christ. It is this life which Paul would not trade for all the treasures in the world. His Damascus led him to descending in a basket to escape the hands of a tyrant, not exaltation into places of power.

I’m sure we could learn much from Paul’s stories of being in danger from robbers. They would make a tremendous television series. But what the Spirit wanted us to learn more than anything is that a life of following Jesus will put you in a basket to be lowered down a wall to escape people wanting to spill your blood. The gospel places us in a position of weakness. It is here that the greatness and power of God is displayed.

Yes, being a follower of Jesus is the greatest treasure you can ever have. But don’t assume that this treasure means you won’t suffer. We’ve got to let Paul finish his thought from (Philippians 3:8) or else we’ll be duped by a false gospel.

…and be found in him, not having a righteousness of my own that comes from the law, but that which comes through faith in Christ, the righteousness from God that depends on faith—that I may know him and the power of his resurrection, and may share his sufferings, becoming like him in his death, that by any means possible I may attain the resurrection from the dead.