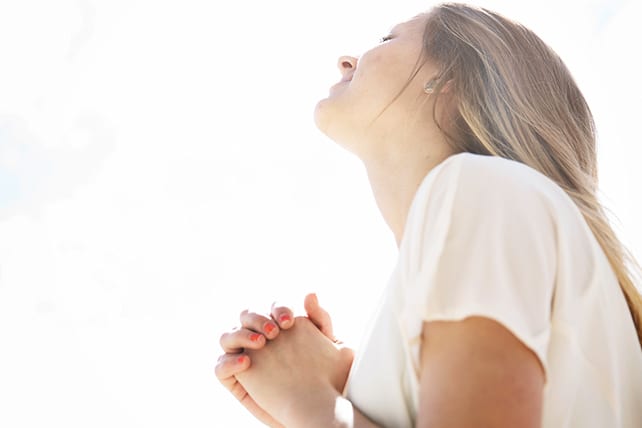 If you’ve been a longtime reader of this blog, you know I don’t typically speak out on topical issues, news items or politics. There are plenty of places you can go to for that kind of information, written by people much more in the know and more capable of immediately writing about late breaking events, scandals or controversies.

The way my brain works (slow, slower still, and then come back and rewrite), I shoot for what could be called “timeless truths.” Blog posts should hold up and be true regardless of who is in the White House or what pastor did what thing in what church, or what denomination invited what speaker to what convention.

So this week I’m going to excerpt a bit from Loving Him Well: Practical Advice on Influencing Your Husband. While trying to set women up to have the most influence they can have in their marriage and on their husband, I stress the need to first ground themselves in their identity in Christ—that we matter not because someone chose to marry us, but because God adopted us. That we have security not because someone else contributes to the family income, but because God has promised to meet all of our needs in Christ Jesus. That we have worth not because our spouse is still attracted to us and interested in us, but because God calls us “chosen and dearly loved.” Once we know who we are in God, we are better able to handle the inevitable hurts and pains of being married to an imperfect spouse in an imperfect world.

What I set out to show in Loving Him Well is how the Bible affirms women in a way that was quite radical for the time in which it was written. Because some passages seem to suggest husband and wives share different roles in marriage, there are those who see the Bible as an accessory to the oppression of women, when in fact, even the Old Testament became an agent of radical change in a world that viewed women as children or property.

For example, the Old Testament stepped outside its cultural milieu to insist that women mirror God’s own character and image just as fully as do their male counterparts: “So God created man in his own image, he created him in the image of God; he created them male and female” (Genesis 1:27). Right from the start, we learn that women and men together mirror the image of God. Since God is above gender, males alone (or females alone) fail to adequately represent his character and image.

Just as tellingly, the admonition to shape this world and even to rule over this world is given to women just as much as it is to men: “God blessed them [the man and the woman] and God said to them, ‘Be fruitful, multiply, fill the earth and subdue it. Rule the fish of the sea, the birds of the sky, and every creature that crawls on the earth’” (Genesis 1:28, emphasis added).

Women are not told to sit passively on the sidelines and cheer for their husbands as the men run the show. On the contrary, from the very beginning, women share God’s command for humans to rule, subdue and manage this earth. They are co-regents.

This strong, affirming view of women continues into the first book of the New Testament, with the inclusion of women in the genealogy of the Messiah (a literary act that breaks with the tradition of the first century). Yes, there is Abraham and David and Joseph?—?but there is also Rahab, Ruth, Mary and Bathsheba. Who would expect such a thing from a very patriarchal and even misogynistic culture? It took both men and women to set up the human events that led to the birth of the Messiah. God chose women of diverse personality and status to build the human line that ushered in the Savior of the world.

Rahab, of course, was a prostitute. Bathsheba may well have been raped (when the king calls for you, consent isn’t an option). Ruth was a Moabite, a tribe whose genesis came from a grotesque act of incest, and it was her taking action (“Let me go to the fields,” she pleaded with Naomi) and bold proposal that set up not just the birth of King David, but the human ancestry of Jesus as well.

Including each one of these women in the hallowed ancestry of Jesus is God’s way of saying that even if you’ve been sexually abused or come from a horrific background, God still has a plan to use you mightily.

Jesus came into this world through a woman; not a single male had anything to do with the immediate conception or birth of our Lord. Mary, a woman, is the only human who contributed to Jesus’ DNA.

And let’s look at Jesus’ death. While one male disciple betrayed our Lord and the others cowered behind locked doors, some very courageous women dared to watch Jesus’ final minutes on this earth. Mark goes out of his way to emphasize the scene at the foot of the cross: “There were also women watching from a distance. Among them were Mary Magdalene, Mary the mother of James the younger and of Joses, and Salome. In Galilee these women followed him and took care of him. Many other women had come up with him to Jerusalem” (Mark 15:40?–?41). In Jesus’ most trying moments, he was supported by many women. Modern readers might read right over this narrative fact—but in the first century, this was a startling truth and a challenge to any false view of male superiority.

But perhaps the boldest statement came after Jesus died and was raised from the dead. According to ancient Pharisaic law, a woman’s testimony was inadmissible in a tribunal as too untrustworthy. Only men could give witness. So when Jesus rose from the dead—the most important event that has ever occurred or ever will occur—who was present to give witness and testimony? Women! Jesus pointedly uses women, whose testimony could not then be heard in contemporary courts of law, to proclaim his glorious resurrection.

This elevation of women at all points?in theological pronouncements, historical accounts and practical teaching?should astonish us, given the male-oriented culture in which the Bible took shape. It should form the way we respect our wives as women and teach our children to honor their moms with the respect given them by God.

We don’t have to tear down the Bible or men to lift up women; the story of God’s redemption took millennia to unfold and is even yet unfolding. What matters most is that women understand who they are in Christ, and that their husbands and fathers and sons also let their thinking be shaped by Scripture’s arc.

As much as the above Scriptures challenge me however, I still have to confess that few things have motivated me as a man more than having God reiterate to me that Lisa is his daughter and I’m to treat her accordingly. As a father with three children, including two women, this image shapes, corrects, inspires and challenges my every interaction and thought in marriage. The more I respect my wife in particular, the more I respect other women in general. I don’t want any other man sexualizing my wife, making her feel uncomfortable, or putting her in the miserable position of spending nine hours a day in a creepy environment or find some other place to work—so I’m going to go out of my way to not do that to someone else’s wife.

It would break my heart if a son-in-law was harsh or abusive to a daughter; that motivates me to be encouraging and gentle with Lisa.

It comes down to this: If we would look at people as God looks at them, and treat men and women the way God calls us to, all these news items would be resolved. They’d never happen to begin with.

I have great respect and appreciation for those who push necessary conversations, who bring abuse to the surface, and who have the fortitude and demeanor to enact change. The world needs activists and prophets, and I thank God for them. We need servants who cry out, “This is wrong.” We also need some, and I hope this blog can be such a place, to cry out, “This is right.”

Treating all women, but especially our wives, with respect and dignity, is right.