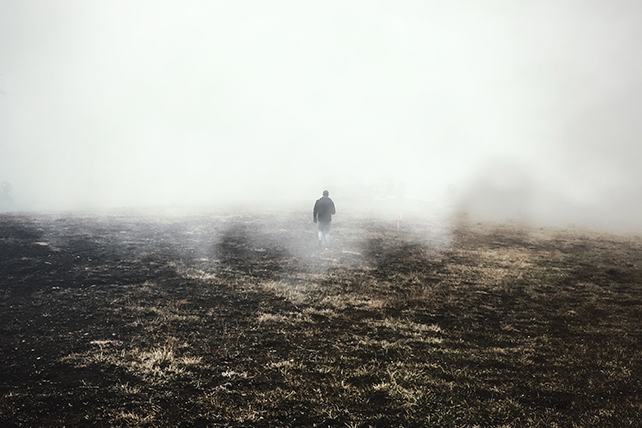 There are two very famous men in Scripture who share the name Joseph. There’s the Old Testament Joseph, the great savior of the nation of Israel, whose amazing story from abandoned brother to Egyptian lord is chronicled in Genesis. Then there’s the New Testament Joseph, the earthly father of Jesus, who believed in the angel’s report and became the guardian of the young Messiah. But there’s a third Joseph, often overlooked because of the drama of the moment onto which he stepped.

I love his story of faith, and I think you will too.

Joseph of Arimathea walks on stage during the grand redemptive narrative immediately following the death of Jesus. There could be no higher drama than the drama of this moment. The Pharisees had falsely charged and murdered the Messiah, crucifying him like a low-life criminal. As part of his torture, they made sure to mock his supposed kingship. Seeing this, the disciples of Christ fled from the unthinkable horror.

Could it be that the life of Jesus would end this way? Could it be that the faith of those who followed him was in vain? Could it be that the signs and wonders they had seen and the amazing teaching they had heard were not so wonderful and amazing after all? If Jesus truly was the Son of God, how could he die? If Christ really possessed the divine power he claimed to possess, why didn’t he use it crush the enemies who were plotting his death?

These were the questions, doubts and fears that flooded the minds and souls of those present during the Crucifixion. If you and I were on the scene, we would have had the same reaction. Remember, the unthinkable had just taken place, and the followers of Jesus didn’t know the end of the story like we do today.

Joseph of Arimathea had these same questions, doubts and fears. Like everyone else, he had no idea what God was doing. He didn’t have the ability to see the future, so how could he know that the worst thing that had just happened—the death of the Messiah—would become the best thing to ever happen? This Joseph had no special revelation to help him understand that the Cross wasn’t a moment of divine defeat, but in fact a public declaration of divine victory. In the moment, it seemed like all was lost. There was so much he simply didn’t understand.

Despite the confusion and terror of the moment, Joseph of Arimathea took a bold and faithful stand, which I’ll discuss in following paragraphs. But first, it’s important to recognize that Joseph wasn’t bold and faithful because he had figured out what God was doing.

Or so we tell ourselves.

We all experience those moments when life doesn’t make any sense. We all hit those times where who God says he is seems to contradict what he has brought into our life. In these moments, it’s very tempting to question God’s power, goodness, wisdom and love. When we allow ourselves to doubt the character of God, we quit running to him for help and live in spiritual isolation, captivated and paralyzed by our questions, doubts and fears.

This was the dilemma of Asaph, the author of Psalm 73. The evil people around him were prospering while he, a self-proclaimed good guy, was being hammered. In confusion, fear and anger, he wrote, “All in vain have I kept my heart clean and washed my hands in innocence” (v. 13, ESV). Another translation captures his bitterness well: “Did I keep my heart pure for nothing? Did I keep myself innocent for no reason?” (NLT)

Asaph’s question wasn’t a philosophical self-assessment. Rather, it was a personal charge against God’s character, born out of a heart of bitterness. Asaph confessed later, “When my soul was embittered, when I was pricked in my heart, I was brutish and ignorant; I was like a beast toward you” (vv. 21-22, ESV).

Here’s my point: Asaph demanded to know what God had not yet revealed as a requirement of trusting him. How often do we do the same?

That fact of the matter is that no matter how high your biblical literacy quotient is and no matter how robust your theological understanding is, there will always be mystery in your life. God reveals to us what we need to know in order to follow him by faith, but he has never promised to reveal all he knows or all he is doing. It’s important to remember that God’s secret will is called his secret will because it is, and will forever remain, a secret!

Peace of mind and rest of soul is not found when you figure your life out, but when you trust the One who has it figured out and who rules over all things for his glory and your good. When you and I try to make sense out of things we don’t understand (because God has not told us what we need to know to understand them), we’ll always end up envious of others and bitter with God.

A BOLD AND LOVING MOVE

Let’s get back to the narrative. Once again, it’s critical to remember that the actions of Joseph of Arimathea were not ignited by special insight or private revelation. This man knew nothing more than any of the other disciples. With that in mind, read what he did:

“And when evening had come, since it was the day of Preparation, that is, the day before the Sabbath, Joseph of Arimathea, a respected member of the council, who was also himself looking for the kingdom of God, took courage and went to Pilate and asked for the body of Jesus. Pilate was surprised to hear that he should have already died. And summoning the centurion, he asked him whether he was already dead. And when he learned from the centurion that he was dead, he granted the corpse to Joseph. And Joseph bought a linen shroud, and taking him down, wrapped him in the linen shroud and laid him in a tomb that had been cut out of the rock. And he rolled a stone against the entrance of the tomb.”
(Mark 15:42-46, ESV)