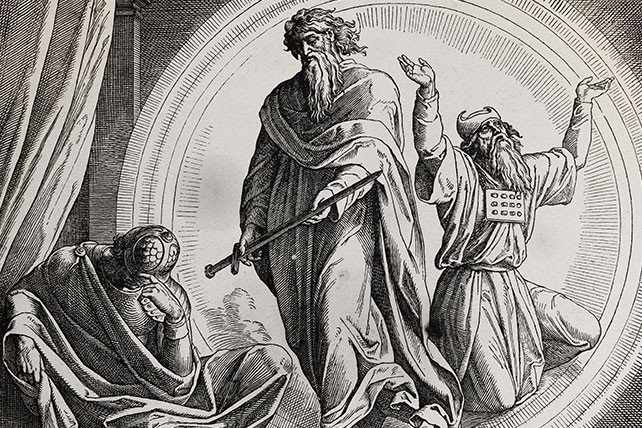 Things to Know—and Not to Know—About Bible Prophecy

Make a list of what we do not know concerning the end times. What we put on the list would tell a great deal about us.

One of the greatest Bible teachers of the past 50 years is (or has been) Dr. Warren Wiersbe. Once, when he was asked to speak on Bible prophecy, he began with this disclaimer: “I used to know a lot more about prophecy than I do now.”

What Dr. Wiersbe was saying was that in his earlier years, he sounded forth with certainty on matters about which he knew little. But with maturity came a healthy dose of humility. In time, he was able to say just as confidently that “I do not know” concerning some of these prophetic subjects. That’s what maturity and integrity do: Admit when they do not know something.

I’m personally convinced that no one has all the answers to the mysteries of Revelation. The only way, of course, to prove that assertion wrong is for the events to proceed to unfold just as someone has predicted. Until then, every Bible teacher who sounds forth claiming to have the answers does so by faith.

“We walk by faith, not by sight” (2 Corinthians 5:7). Our faith may be in Christ, it may be (also) in Scripture, but it just as easily could be in ourselves, as I suspect is true of some of the most dogmatic interpreters.

Now, let us admit up front that not everyone who heard Dr. Wiersbe appreciated his honest admission that he no longer has all the answers. Some in his audience wanted their prophecy straight. No uncertainties, no ambiguities, no “both sides of the issue.” This yearning for the pastor/teacher to identify the Antichrist, name the beast out of the sea, to point out the powers to be found at the final showdown at Armageddon, to identify the United States in Bible prophecy, to connect “the abomination of desolation” with something going on somewhere at this very moment—on and on, ad infinitum!—is precisely what Paul meant when he said in the last days people would run after the preachers who tickled their ears. They wanted what they wanted and would not abide anything less. Or more.

And mark my words, a lot of preachers have figured this out. They have correctly decided that the best way to get an audience (of a certain type, to be sure) is to claim to know all the mysteries, to have all the answers.

Now, I believe there are great preachers and teachers who know a hundred times as much on this subject as I do. I do not present myself as an authority on prophecy. And frankly, neither should they.

I submit there are no experts on Bible prophecy.

There are hundreds, maybe thousands, who claim that honor. And if public acclaim is the standard, then some have it. So, this is my personal bias, if you will.

Let me hear some humility from those who would teach us of final things.