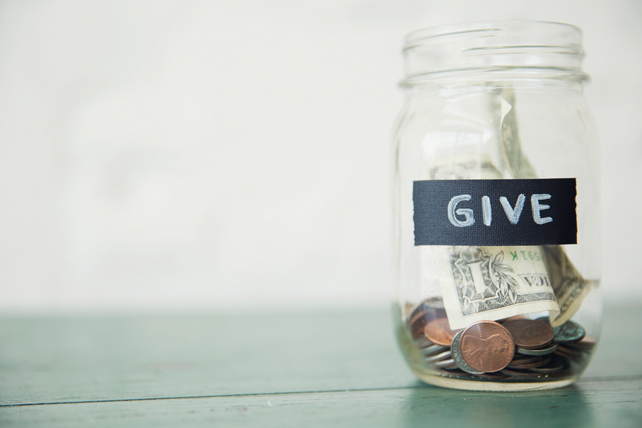 A lot of churches get a nice year-end bump in their finances.

During the Christmas season even casual attenders come to church more often, churches hold annual events like Christmas Bazaars that bring in funds, and the week of Christmas often attracts huge crowds—and offerings to match.

But not all churches experience this.

Many churches (like every one I’ve ever pastored) either stay flat or they experience a financial downturn at the end of the year.

Several years ago, I discovered a simple idea that helps our church members plan their giving better, and gives our church finances a healthy year-end bump.

A Reminder While There’s Still Time to Catch Up

In late autumn we send out a short letter to every regular giver, with a “thank you” for their faithfulness and a record of what they’ve given so far.

This simple practice is a great way to thank everyone for their generosity, while providing a helpful reminder before it’s too late to make up for any unintentional shortfall for the calendar year.

In previous years, the only time we thanked or reminded people of their giving was in late January when we sent the giving report for the previous year. The problem with this timing was two-fold.

First, the “thank you” didn’t feel as sincere because it was attached to a notice we were legally required to send them, anyway.

Second, if they hadn’t given as much as they intended, the year was already over, so they couldn’t make up their shortfall.

When the church sends a thank you and a financial report in October or November, the thank you feels more genuine and the reminder is very helpful.

What’s in the Letter?

So, what does this letter look like? It’s simple.

First, we use the church’s financial software to print up a copy of their giving for the year-to-date. Then we write a cover letter with a thank you from the pastor and an explanation of why they’re receiving it.

Here’s an example of a cover letter from a previous year:

As the calendar year draws to a close, I want to take a moment to thank you for your faithfulness in giving to the ministries of (church name) this year.

The Lord did so much in our church body in (year), and your faithfulness—including your financial giving—has contributed to that. We are truly grateful.

Also, we have found that this is a good time of the year to assess where we are. And our giving is one of those important areas to keep track of. So we’ve attached your record of giving to (church name) for this year so far. This is not a request for money and we’re not billing you for anything. It’s just our copy of what your giving has been so far this year so you can compare it to your records.

By sending this out with several weeks still left in the year, everyone gets a chance to work out any differences between our records and your records now, rather than waiting until next year when everyone is under the strain of tax preparation.

And yes, we will still be sending you a giving record for all of (this year) at the beginning of (next year).

So take a look at your banking records, compare it to this record, then call (contact name and info) if your record doesn’t match ours. We’ll get to work on making it right for you.

Thanks again for your faithfulness in giving,

I highly recommend sending this notice old-school. By the post office. Snail mail, not email.

There’s something about the physical paper in their hand that gives this letter the feeling of importance that it deserves.

It makes the “thank you” feel as sincere as it actually is, and it makes it far more likely that the letter will actually be opened and read by the recipient.

We don’t do ministry for the money—at least we shouldn’t.

But this simple step is a good way to make sure our financial obligations get met, our church members get thanked, and our church records stay up to date.

Any time we can do all of that so simply and easily, we should take full advantage of it.