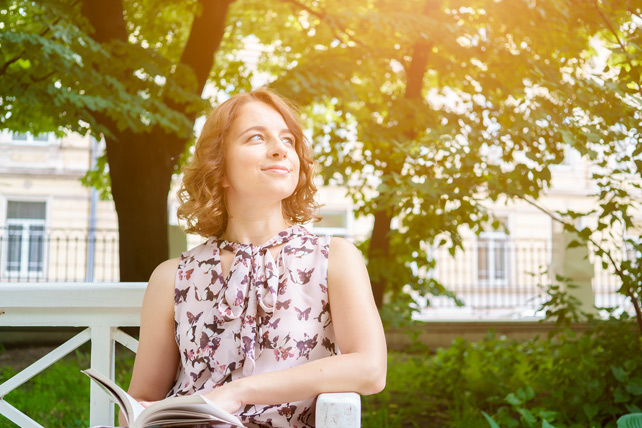 Almost 15 years ago I was finishing lunch on a Sunday afternoon at my pastor’s home. It was getting later than I expected so I tried to excuse myself saying: “I need to get back to my apartment so I can finish my homework.” Looking at me curiously my pastor asked: “Why are you doing schoolwork on the Lord’s Day?” With an air of self-confidence I told him that it didn’t matter if I did homework on the Lord’s Day. Thinking that would be enough to satisfy his curiosity I was more than surprised to hear him press the matter: “Explain that to me. Why doesn’t it matter?” He had caught me! Truth be told, I had no carefully worked out biblical reason. Actually, I didn’t even have a superficial one! It was simply my default position because that was easier than actually pursuing an honest answer and suited my situation. Pastorally, he admonished me and told me that it mattered what I did on the Lord’s Day. It was an awkward moment but one for which I remain thankful.

On that day I committed myself to learning if the Lord’s Day matters. Not surprisingly, this is a point that has often been made by Christian writers of the past. At times they have done so in ways that would probably make most of us uncomfortable. For instance, Robert Murray M’Cheyne once preached: “And we may boldly say that a man does not love the Lord Jesus Christ who does not love the entire Lord’s day.” J.C. Ryle (one of the very best devotional writers) once noted: “It is not too much to say that the prosperity or decay of organized Christianity depends on the maintenance of the Christian Sabbath.” The Puritan Thomas Watson said: “To profane the Sabbath is a great sin; it is a willful contempt of God […] This is to despise God, to hang out the flag of defiance, to throw down the gauntlet, and challenge God himself.” A.A. Alexander wrote: “If we possess any measure of the true spirit of devotion, this sacred day will be most welcome to our hearts.” Albert Barnes observed: “This truth, from the history of the world, will bear to be recorded in letters of gold, that the true religion will exist among men only when they strictly observe the Sabbath.” And John Love went as far as to declare: “Cursed is that gain, cursed is that recreation, cursed is that health, which is gained by criminal encroachments on this sacred day.”

Whether one agrees with the full extent of these comments, the unifying theme is that it does matter that we keep the Lord’s Day. I agree! So, why does it matter?

6 Reasons Why the Lord’s Day Matters

First, it matters because it’s part of the law of God. In the fourth commandment God wrote on the tablet of stone: “Remember the Sabbath day, to keep it holy” (Exodus 20:8). Like the other commandments named alongside it—revering God’s name, honoring parents, not murdering, not committing adultery—this command is part of what God requires. While there’s a change on which day in seven it’s to be kept, Jesus didn’t come to abolish this command (see Matthew 5:17). In fact, one of the blessings of the new covenant is that this law is written upon our hearts by the Spirit of God (Jeremiah 31:33). Thus, to neglect obedience to this command is sin because “sin is lawlessness” (1 John 3:4).

Second, it matters because it’s part of the Lordship of Christ. In his earthly ministry Jesus taught: “For the Son of Man is lord of the Sabbath” (Matthew 12:8). This belongs to his identity as Lord of lords, and he exercises his right and authority over this day for his redemptive purposes. This is why even the Apostles bear witness to the character of the first day of the week: “I was in the Spirit on the Lord’s day” (Revelation 1:10). To put it plainly, it’s his day and in a unique way he has placed his very name upon it. Thus, to neglect the Lord’s Day is to neglect the Lordship of Jesus Christ.

Third, it matters because it’s an expression of love to Jesus. The disciples were taught by Jesus: “If you love me, you will keep my commandments” (John 14:15). In turn, the Apostles insisted on the same: “And this is love, that we walk according to his commandments” (2 John 1:6). We don’t get to decide for ourselves how we love Jesus—and certainly politicians, Hollywood and culture don’t either! We express true love to Jesus by obeying him. Thus, there is no loving Jesus outside the boundaries of what he commands in the keeping of the Lord’s Day.

Fourth, it matters because it’s part of our liberty as children. Archibald Alexander once wrote: “Never permit the idea to enter your mind, that the Sabbath is a burden.” He’s quite right! Outside of Christ the law of God can only condemn us because it testifies to our failure. But in Christ we are set free! But our freedom is not to disregard the law (see Jude 1:3-4), but we are set free to delight in the law he has given. This is part of our glorious freedom! As the Psalmist teaches us to sing: “In the way of your testimonies I delight as much as in all riches. I will meditate on your precepts and fix my eyes on your ways” (Psalm 119:14-15). This is the reason we are instructed to “call the Sabbath a delight” (Isaiah 58:13). Thus, to neglect the Lord’s Day is to fall back into sinful bondage and act inconsistently with who we are in Jesus.

Finally, it matters because it’s a longing for heaven. There is a future aspect to keeping the Lord’s Day. The author of Hebrews wrote: “So then, there remains a Sabbath rest for the people of God” (Hebrews 4:9). We keep the day looking forward to the day when we will enter into the highest rest for body and soul—the rest that comes in salvation from the penalty, power and presence of sin. John Murray summarized it well when he wrote: “The weekly Sabbath is the promise, token and foretaste of the consummated rest; it is also the earnest.” Thus, to neglect the Lord’s Day is to set our heart not on things to come, but on this present and passing world.

I know there’s many disagreements as to how the Lord’s Day should be kept. With regard to those questions I say let each be convinced in their own mind. However, don’t let that conviction be a superficial, expedient or convenient reading of the Bible that suits your situation, but a genuine Spirit-wrought conviction rooted in the Scriptures. But, whatever the practice, it remains hard for me to imagine a Christian who could think, speak or act as though keeping the Lord’s Day doesn’t matter. It does! In the words of that famous hymn writer John Newton:

“We thank thee for thy day, O Lord: Here we thy promised presence seek; Open thy hand, with blessings stored, And give us manna for the week.”