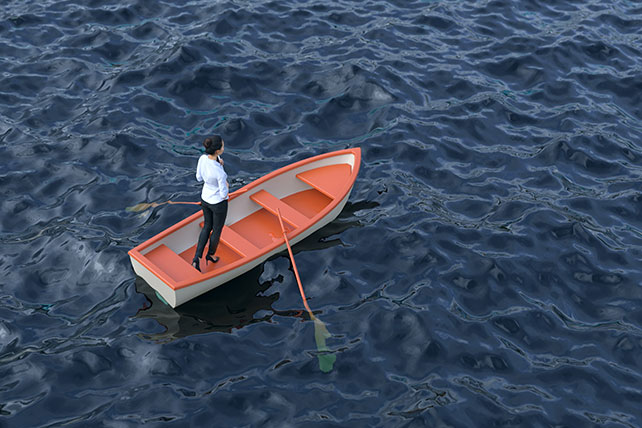 Here’s a real-life parable about a spiritual drifter who washed up on a shore one day:

On Oct 25, 2011 The Herald Tribune announced a mysterious discovery. The body of one Ego Leonard was found washed up on Siesta Key Beach, Florida. He wasn’t dead, but he wasn’t alive either.

Ego Leonard was an 8-ft tall, 100-lb. fiberglass Lego man. The local who found the giant figurine, Jeff Hindman, reported his encounter to the authorities, who then attempted in vain to solve the enigma of Ego Leonard’s provenance. Hindman ended up selling it on e-Bay.

Incidentally, two similar creations washed up on the shores of Holland in 2007, and England in 2008. Those drifters also went unclaimed. The Lego company flatly disavowed these mutations of their iconic inch-high minifigures.

What makes Lego so marvelous is that each piece is fungible, and can plug into any structure made from Lego building blocks. This allows each brick to add a vital contribution to the creative Lego-scape they augment.

However, the giant versions floating in the ocean are not only creepy, they are utterly useless to the universal Lego system.

Some diligent Internet sleuthing tracked down a website that appeared to justify the existence of the “sculptures” with eerie philosophical ramblings. For example, the anonymous sculptor mused that

In the ‘real world’ there are many rules and regulations… Society requires that you place yourself in a certain group or else be considered an outsider. But there’s a genuine and sincere need for an authentic self and its further growth and development.“

I think what that means is that a person shouldn’t have to plug into the larger societal system (like Lego), but can find growth and development as an individual untrammeled by society’s expectations.

Ego Leonard may be an apt metaphor for individualistic people who glory in their social or political independence and non-conformity. But Ego also illustrates the problem with egotistical individualism in the church. Some Christians glory in their identity as a member of the Universal Church, while refusing to plug into any particular local church.

They are not bringing any meaningful contribution to the family of God, just like a lonely, useless, 8-ft Lego man adrift at sea, washed up on a beach, claimed by no one, with no apparent purpose, function or contribution to make.

In 1 Peter 2, the Apostle Peter was writing to scattered Christians who may have felt like they had been cut off from the Kingdom work in Jerusalem. But Peter assures them that they are still part of the universal system, with a vital role to play.

1 Pet 2:4-5 – As you come to him, a living stone rejected by men but in the sight of God chosen and precious, you yourselves like living stones are being built up as a spiritual house, to be a holy priesthood, to offer spiritual sacrifices acceptable to God through Jesus Christ.

So how can you plug into the spiritual house and be a good brick?

How Not to Be a Spiritual Drifter

1. Comprehend the Preciousness of the Church

Jesus gives a name to this institution for the first time in history in Matthew 16:18, after Peter’s confession. Jesus says “And I tell you, you are Peter, and on this rock I will build my church, and the gates of hell shall not prevail against it.”

The word church means ‘called out ones’ or assembly. A church is like no other organization on earth. It is precious to Jesus because it consists of souls he chose, loved and died for.

Often a person calling themselves a Christian might say to me: “Oh, I’m not a fan of church, it’s full of hypocrites. I worship Jesus, I sing to him, I get online sermons.”

Depending on how snarky I’m feeling I may quip, “So you love Jesus but not his Bride?”

How would you like an invitation to a dinner that said, “Bring anyone but your wife”?

Jesus isn’t blind. He knows his Bride is a little rough around the edges. But he loves her. He’s sanctifying her. And will one day present her to himself…spotless (Eph 5:25-27).

When he’s done with us, we will be unrecognizably perfect. In the meantime, it insults the Savior to snub his Bride.

2. Commit to the People of the Church

1 Peter 2:5 – You yourselves like living stones are being built up as a spiritual house…

The house metaphor is apropos because a house is not a stack of loosely affiliated stones, but of bricks tightly cemented into a bonded unit.

Like Lego blocks that are part of an intricate creation, individual Christians are only contributing to the spectacular worldwide Body of Christ if they are plugged into a part of it.

Membership to a local church is not commanded in Scripture, but it is assumed and implied.

Membership is assumed in the instructions to churches. When the New Testament says to submit to your elders, contribute to the needs of the saints, maintain unity in the body, serve one another, carry one another’s burdens, share communion, etc., it is assuming that you are a functioning and accepted part of a body of believers.

And membership is implied in all the descriptions of the church, which each reflect clearly defined units—household of God, and the pillar and buttress of the truth (1 Tim 3:15), the Body of Christ (1 Cor 12:12), the flock of God (1 Pet 5:2). Non-affiliated Christians are like missing family members, shaky pillars, severed limbs and lost sheep.

3. Contribute to the Partnership Within the Church

Jesus left a mission statement for his organization: He told us to make disciples of all nations. This mission is not something any individual can do alone, which is why we are organized into congregations, or what Paul calls partnerships…

Philippians 4:15 – And you Philippians yourselves know that in the beginning of the gospel, when I left Macedonia, no church entered into partnership with me in giving and receiving, except you only.

Paul was obeying Christ as a missionary taking the gospel to the ends of the earth and the Philippians were also obeying Christ’s command, by partnering with him.

You aren’t obeying Jesus if you aren’t partnering financially with a church that is doing what he commanded.

The other way to contribute to the partnership is by serving.

1 Corinthians 12:14 – For the body does not consist of one member but of many. If the foot should say, “Because I am not a hand, I do not belong to the body,” that would not make it any less a part of the body.

What makes a healthy body is unity and diversity. Different parts pulling their weight and working together for the good of the Body.

When you sit for too long sometimes your leg falls asleep. If the doorbell startles you and you leap up to open for your visitor, you may find just what a hindrance to your mission a sleeping limb might be. It’s the same for non-contributing Christians, they impede the mission.

4. Contend for the Purity of the Church

Paul penned the Corinthian letter to fix several messes. One debacle was that they allowed a man in unrepentant sexual immorality to remain in the church, displaying what they thought was abundant mercy. This risked the spread of spiritual infection to the rest of the body. Paul said to eject the bad leaven lest it corrupt the whole lump (1 Cor 5: 6-13).

Church discipline is the antibiotic Jesus prescribes to rid the body of infection.

It is a healthy church’s responsibility to expel impurities carefully, but decisively.

This is how the church maintains its purity and its witness to the world. Without members being put into the church, there is no putting them out either. Discipline assumes we know who is in and who is out.

If you are not a Christian—then you are not part of God’s building. Come to the Father, admit your sin and your need for the forgiveness he offers through the death of Jesus for you—and then take your privileged place in a local church.

Don’t let your ego make you a spiritual drifter, unclaimed and useless to the Universal Church of Jesus Christ.

This article about not becoming a spiritual drifter originally appeared here.