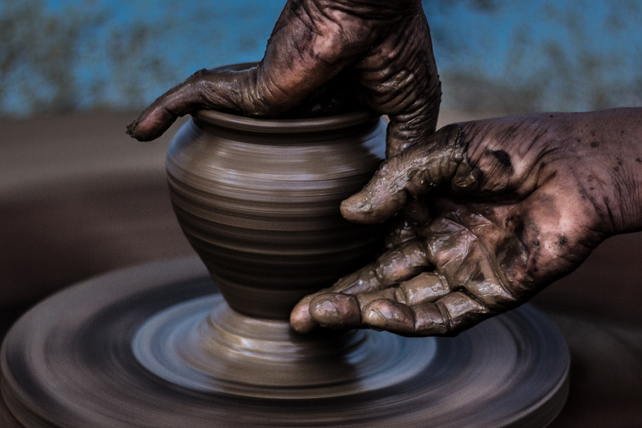 With much talk about being a radical Christian in this life, I would argue that what’s desperately needed is faithful sanctification of believers as they live out ordinary Christian lives in the face of a present evil culture. What should be seen as radical is the acknowledgement of Christ without a pursuit of holiness. For the Bible clearly states that without holiness, “no man shall see the Lord” (Heb. 12:14). Therefore, what’s required in this life is a steady and consistent pursuit of Christ, and without it, we have no assurance of salvation.

When it comes to sanctification, we see that God has sanctified us and set us apart positionally from slavery to sin (Rom. 6:20-23). However, there is a progressive nature to sanctification whereby the Holy Spirit causes true believers to pursue Christ on a daily basis. Paul prayed for the believers in Thessalonica—for them to be wholly sanctified (1 Thess. 5:23). He understood the process had begun in them, but he was praying for that work to be continually (daily) working in them.

Far too often, Christians live with an eye on the past while completely ignoring the present or having any serious concern for the future. For many, Christianity has been relegated down to a past decision rather than a present and ongoing reality. It is the calling of the Christian life to daily follow Jesus—not just one time in the past. If we daily follow Jesus, the path we decide to walk will be drastically different than the many worldly paths that compete for our attention. It is through Christ that we are daily transformed as Paul stated to the church in Philippi as he was personally striving to achieve (Phil. 3:12).

What Christian denies the indwelling of the Holy Spirit? However, it should go without saying that if the Holy Spirit lives within God’s people—his ministry is to make us holy. He is not the carnal Spirit nor is he the worldly Spirit. God has made it clear in Scripture that his calling upon his people (both OT and NT) is a consistent call to pursue holiness (1 Pet. 1:16). Such a pursuit of God in sanctification leads us to a life that is transformed by the power of God. In short, it looks different than the world and different than it did from the first day we started to follow Christ (1 John 2:15).

Once again, as has already been stated, for too many Christians the eye is focused on the past. That initial transformation took place through the new birth which resulted in a new creation (2 Cor. 5:17). However, there is more to the story than the initial transformation. There is a constant transformation that is the result of a progressive pursuit of Jesus. In Romans 12:2, we find Paul stating the following:

Do not be conformed to this world, but be transformed by the renewal of your mind, that by testing you may discern what is the will of God, what is good and acceptable and perfect.

The “transformation” that comes as a result of the renewed mind is obvious to the individual and those who know the person best. Such a transformation comes through repentance of sin, victory over sin, and maturity in the faith. We are called to pursue Christ, but this pursuit is an ongoing growth of spiritual maturity that results in a sanctified life—a life of holiness.

Sanctification is not for sissies. The man or woman who takes the Christian life seriously and pursues God faithfully will begin to see that it’s filled with conflict. There is both internal conflict (Rom. 7:14-25) and external conflict as a person breaks with friends and habits who are tightly tethered to the tentacles of this evil world. Such conflict is often difficult and burdensome.

It was the Puritan William Gurnall who once described the spiritual warfare of the Christian and his struggle with Satan’s forces as a war that made all of the bloody battles of human history look like “sport and child’s play.” [1] To war against the flesh is a horribly difficult battle and it’s precisely that battlefield where we will spend much of our time until we are ushered into the presence of King Jesus by death. It is through daily repentance that a believer gains strength and victory over formidable forces that stand against us and hate us due to our relationship to Christ.

Whoever said the Christian life would be a cake walk? However, if Christ is our Master—it is our duty and high obligation to pursue him faithfully to the very end. May the aged accusation of our churches being filled with hypocrites die a final death as the children of God not only repent of sin and follow Christ in the beginning, but continue to repent and follow him on a daily, weekly, monthly and yearly basis.

We must find hope in the words of Scripture that point to the promise of God’s completed work in us (Phil 1:6). As John Flavel stated, “Did Christ finish His work for us? Then there can be no doubt but He will also finish His work in us.” This world is filled with ordinary sinners, but what we need is for the world to be filled with ordinary Christians.