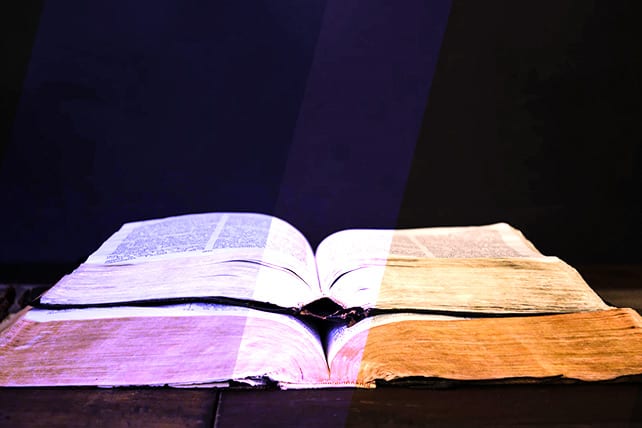 What depresses me about Bible translation debates today is tribalism. Some have raised the bar of this conversation to such heights that variation is tantamount to heresy. But let’s have a little fun with the tribalism that does exist, that seems almost inevitable, that does sometimes lead to uncharitable divisiveness, but that can lead us to see ourselves in humorous tones at times.

No one person, and not even a committee, can translate and not have some bias. There is then no unbiased translation though some translations are more committed to closer proximity the original text in its original language.

Which Is the Best Bible Translation? It Really Depends on Who You Ask

Translations can also be a window to our heart and theology and preferences. So here goes with a sketch of tribalist translation tendencies. Each of these is partially true but not wholly true, so let’s not reify but have a little fun…

NRSV for progressives, mainliners and Shane Claiborne lovers;
ESV for Reformed complementarians;
HCSB for LifeWay store buying Southern Baptists;
NIV for complementarian evangelicals;
NIV 2011 for peacemakers who are still not for the ESV. (The TNIV, which was for egalitarians, is now taken up its above in the NIV 2011.)
NASB for those who want straight Bible, forget the English;
NLT for generic brand evangelicals;
Amplified for folks who have no idea what translation is but know that if you try enough words one of them will hit pay dirt;
NKJV and KJV for Byzantine manuscript-tree huggers;
The Message for evangelicals looking for a breath of fresh air and seeker sensitive, never-read-a-commentary evangelists who find Peterson’s prose so catchy.
CEB for mainliners who read their Bibles.

Translations are now officially and unofficially connected to tribes, and it is not a little bit humorous and also at times quite sad.

Sometimes it sounds like culture wars, and that is sad. Here’s my point: The authority is the original text, not the translation. The original texts are in Hebrew and Aramaic (Old Testament) and Greek (New Testament). The authoritative text is not in English, regardless of how accurate the translation. No matter which translation you prefer, it is not the authoritative text for determining which translation is best. Yes, we need more to devote more time to study of the original languages. I saw a review recently that compared John Goldingay’s First Testament with the ESV, as if the ESV was the authorized text.

The sweeping conclusion is this: Unless you can read the original languages, you should avoid making public pronouncements about which translation is best. Instead, here’s my suggestion: If you don’t know the languages and can’t read them well enough to translate accurately on your own but you want to tell your congregation or your listeners which translation is best, you need to admit it by saying something like this: “On the basis of people I trust to make this decision, the ESV or the TNIV or the NRSV or the NLT is a reliable translation.”

Here’s an example, and it’s a good one. The translations of James 3:1 translate in two ways:

Pretty obvious, isn’t it? NIV and NASB and ESV translate with “brothers” while the NLT and TNIV and CEB have “added” or “clarified” or “included” [women in the audience] by adding “and sisters.” NIV 2011 splits the difference and opts for “fellow believers” (you get to guess on gender). This is not a debate about which of them has a better theology or about which one is more inclusive but about which one is more accurate to the original Greek. The fact is this: The Greek word behind this, adelphos or “brother,” sometimes refers to a congregation of Christians [hence, siblings], including men and women, and sometimes refers only to males (but there is a Greek word for male and James did not use that; gender is not the most important thing in his mind; spiritual kinship is).

Sure, the NLT and the TNIV and CEB are more inclusive, but that’s not quite the point. The point is which one best represents the intent of the original Greek, which has the Greek word adelphos? Unless you know what adelphos means in Greek, in the broad swath of the New Testament’s use of adelphos and how it is used in the Greek-speaking (not to mention Hebrew-reading world) and about how James uses the word adelphos, any judgment is rooted in theology or theory but not in evidence. If you don’t know the Greek, avoid standing in judgment. I’m not trying to be a hard-guy or an elitist, but let’s be honest: Only those who know Latin should be talking about which is the “best” translation of Virgil or only those who know Middle High German should be weighing in on the “best” translation of The Nibelungenlied. This isn’t elitist; it’s common sense and intelligent.

We could get into the “intent” of translation, but that’s another post. Our intent today is simple: to press upon everyone that there is a distinction between the text and a translation of the text. The authority is with the former; those who know that text are informed enough to decide about translations.

I’ll tell you what I think here: There is no evidence in James that there were women teachers and that would favor the NIV and NASB and ESV; it is also likely that by “brothers” James is looking at the whole congregation (common enough usage of adelphos in James), favoring the NLT and TNIV and NIV 2011 and CEB. The Greek text has adelphos and the debate should revolve around what that word, in that world and in this context in James, means. [Other things can be discussed too, but my point is not to resolve the issue.] There is insufficient evidence to be dogmatic in this instance. If a translation wants to be “inclusive,” then a little note at the bottom of the text could give readers a tip that “brothers” is another translation.