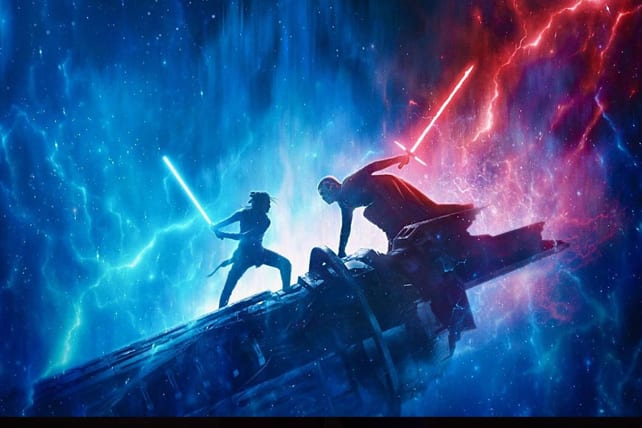 Tonight, I attended 9th and final (we think) episode of the Star Wars saga, Star Wars: The Rise Of Skywalker.  I have some strong opinions about the film and found 12 leadership quotes and lessons from Star Wars movie #9.

To give you a quick recap of the film, Emperor Palpatine, played by Ian McDiarmid, is not dead after all.  In fact, he has been manipulating everything behind the scenes.  The movie is about our heroine, Rey played by Daisy Ridley, and her love interest/arch nemesis Kylo Ren, played by Adam Driver, race to planet Exegol.  There they will either unite with Palpatine for a true Evil Empire or defeat him once and for all.

The Rise Of Skywalker has what you would expect – incredible action and CGI sequences.  Stunning in fact.  Here’s my problem and it’s a BIG problem – there is a scene when the conquering warriors come home that is INCREDIBLY offensive.  There were references to this same issue in Avengers: Endgame and they took the next step in this movie.  The desensitization process completely takes away from the entire movie and there were audible gasps in the theater I was in.

I’m hoping for much better for Black Widow in May but am preparing for the worst.

The following are 12 Leadership Quotes And Lessons From Star Wars: The Rise Of Skywalker:

This article about lessons from Star Wars originally appeared here.