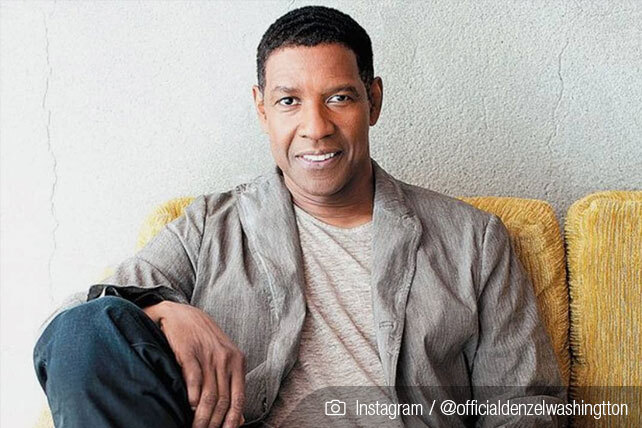 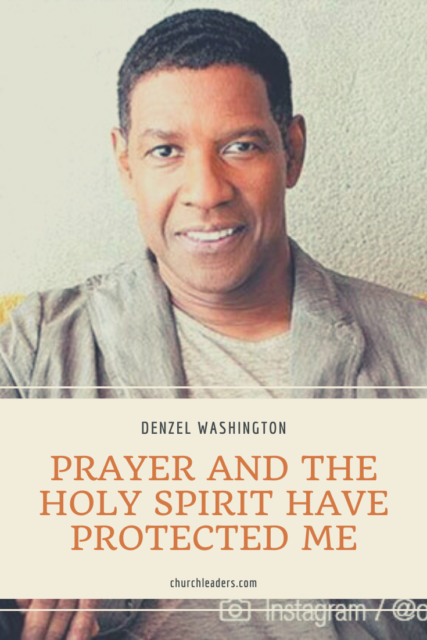 Acclaimed actor, director and producer Denzel Washington recently appeared on Instagram Live for a conversation with his friend, A.R. Bernard, the lead pastor of the Christian Cultural Center in Brooklyn, New York. During the discussion, Washington shared examples of the grace God has shown him over the years, especially through his family and the Holy Spirit.

“It was a supernatural, if not once in a lifetime experience…that I couldn’t completely understand at the time,” said Washington, describing a moment in the early 80s when he was filled with the Holy Ghost. The actor, who is known for movies such as Malcolm X, Glory, and Training Day, had decided to visit the West Angeles Church of God in Christ (COGIC) in Los Angeles. When the church gave an altar call, he thought, “This time, I’m just going to go down there and give it up and see what happens.”

Denzel Washington Is Filled with the Spirit

Denzel Washington then had a dramatic experience being filled with the Holy Spirit, an event that left a mark on him—although he was not prepared to follow God wholeheartedly at the time. “I was filled with the Holy Ghost and it scared me,” he said. “I said, ‘Wait a minute. I didn’t want to go this deep.’ I wanted to party.”

Bernard commented that it seems God gives us encounters like this to help us stay grounded, and he asked Washington if that experience did in fact help him stay grounded throughout his career. “It kept me grounded in spite of myself,” Washington replied. “I accepted it, I definitely experienced it, but I wasn’t ready to live it…You have that moment, that ‘knock from the horse’ moment, if you will, but that doesn’t mean the rest of your life is going to go the way it should.”

The pastor agreed, saying, “You have to deal with this tension between the lower self that you’re familiar with and the higher self in the image of God that the Holy Spirit is trying to bring you in conformity to. And that’s not an easy task.”

Sanctification is not easy, but even though Washington wandered, his family played a significant role in his spiritual development. “My father was a gentle man,” said the actor, “a man of God, was saved, sanctified and filled with the Holy Ghost, a long-standing elder and member of the church. And he was all Spirit, I mean he was all Spirit. He would speak in tongues at the drop of a hat and loved to sing.”

Washington credits his mother and his wife, Pauletta, for being two of many people who have guarded him spiritually as time has gone by. Once when Washington was speaking to his mother, excited about some of his success, she responded, “Boy, you don’t know how many people have been praying for you.”

“I have been prayed for and supported by many people, but specifically by my mother in those days, by my wife now and for a long time,” said Washington. “So I’ve been protected.” Bernard observed that prayer probably has had a lot to do with why Washington’s marriage has lasted, despite the pressures of Hollywood.

Washington was clear that bringing his life into submission to God has been a process. At one point, his mother challenged him, “You do a lot of good, but it’s time for you to do good the right way.” In an interview with The Christian Post in 2017, the actor said, “I speak now and I’m doing what God told me to do from the beginning.” He noted how easy it is for Christians to forget that Jesus died for our sins, saying, “We know, but we forget constantly, moment by moment.”

Denzel Washington has had a remarkable career, but has learned that family and spiritual matters are far more important than material possessions or fame. “I’ve tried everything else, and it doesn’t pay off,” he told Bernard. “You go through what you think is going to make you happy in search for what actually will make you happy.” The actor cares deeply that his children encounter God themselves and said he is proud of his oldest son, John David, who is successfully pursuing a career in acting and whom Washington described as a “very talented and a very spiritual young man.”

Bernard said he remembered the day Washington called him, elated that John David had had an experience with the Holy Spirit similar to the one Washington had described. The pastor pointed out that call showed how highly Washington prized his son’s spiritual growth over his son’s other achievements. The actor agreed: “We’re happy about his success, but we’re equally as happy about the example he’s setting for his brothers and his sisters as a man of God.”