This year could be your most focused and productive year yet as a leader, says Life.Church pastor Craig Groeschel. For that to be the case, however, it is crucial you recognize that what has been making you unproductive is not a lack of time, but how you are using the time you have.

“My guess is that many of you feel scattered, overwhelmed or unproductive,” said Groeschel in his leadership podcast last January. “With so many things to do, you tend to think, ‘I just don’t have enough time.’ For many leaders, the problem isn’t a lack of time. The problem is a lack of focus.”

One of a leader’s most important responsibilities is to be able to direct the attention of his or her team. But what if you have trouble directing your own attention? If this is the case, there are several strategies you can implement to dramatically increase your level of productivity and success this year.

How Leaders Can Stay Focused in 2022

Groeschel gave three steps for leaders to work through in order to stay focused on their goals this year. The first is, “Clearly define your wins.” Perhaps one of your goals is to have a better marriage or to get in shape. Unless you phrase those objectives differently (that is, more specifically), all you have are “wishes,” not “wins.” In order to pursue a win this year, you must be “crystal clear what you want to do and by when,” said Groeschel. “You cannot do what you don’t define.”

For example, “I want to get in better shape” is vague, but “I want to walk three miles every week” is specific. So go through the areas of your life where you want to have a win and make your wins as specific as possible while setting deadlines for when you want to complete them.

After you clearly define your wins, the second step is, “Distance the distractions.” Said Groeschel, “Distractions divide your heart. They disengage your mind. They distort your perspective. They discourage your soul. They disrupt your priorities. And eventually, distractions will destroy your leadership.”

There are two types of distractions, according to Groeschel. There are cognitive distractions, which impact our minds, and opportunity distractions, which affect our missions. One of the most significant sources of cognitive distractions in modern life is our cell phones. A 2016 study found that the average cell phone user touches his or her phone 2,617 times per day and spends 145 minutes on it. The heaviest users touch their phones 5,427 times per day and spend 225 minutes on them. “That’s gross,” said Groeschel. “That’s obsessive. That’s crazy.”

“As a leader, you will never make a big difference if you are constantly distracted by small things,” he said. For example, when Groeschel prepares for one of his leadership podcasts, he starts working on it at 4 a.m. because he knows he is most productive early in the morning. He prepares the night before by setting out his clothes, breakfast, and snacks. When he begins his work, he makes sure that no notifications will interrupt him, and he is in his office with ambient music on and no people around. “I can in about a four- or a five-hour period produce what takes many people much, much longer,” said the pastor, “because I’ve intentionally created an environment that helps me be productive. It’s not accidental.”

The second type of distractions are opportunities that seem good, but which sidetrack leaders from having their “best and greatest impact.” The more successful you become as a leader, the more opportunities will come your way, said Groeschel, and it will be tempting to pursue them because they are legitimately good ideas that weren’t available to you before. “As a leader,” he said, “I beg you, refuse to be seduced by the good. Just because you could do something doesn’t mean that you should do something.” 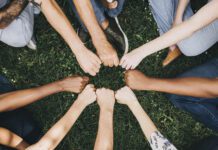