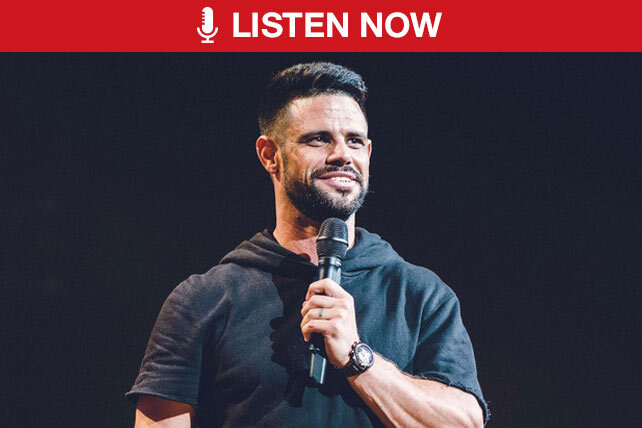 Steven Furtick and his wife, Holly, started Elevation Church in Charlotte, N.C., with seven other families in 2006. Since then, Elevation has grown exponentially and is now one of the largest churches in the United States. Steven holds a Master of Divinity degree from the Southern Baptist Theological Seminary and is the author of several books including, “(Un)Qualified: How God Uses Broken People to Do Big Things.” Steven and Holly live in the Charlotte area with their two sons, Elijah and Graham, and their daughter, Abbey.

Other Ways to Listen to this Podcast with Steven Furtick

-Your church has been recognized as one of the fastest growing churches in America. What are some things you have done to facilitate such growth?

-Can you give some advice to leaders who are in the process of building a ministry team?

-What tools have you found helpful as you’re preparing a sermon?

-Was there a time you received criticism? How did you handle it?

“Building the team with such a strategic focus early on and pouring a lot into the original team was so valuable.”

“I think at several junctions early on we had the opportunity to modulate, to meet the preferences of people who were coming along. And the courage to stay true to who were…I think that was really important. And I think some of that was God testing our commitment to the vision.”

“Sometimes we’re asking God as leaders, ‘Give me a team, I want a team.’ Well, God’s going to give you the team in pieces.”

“Having an expectation of needing to invest in the team that you want to build will serve you well, rather than waiting for a pre-fabricated super-team of avengers to drop down out of the heavenly-ministerial-team supply store.”

“I don’t know that my philosophy of preaching has changed as much as my approach has.”

“I live to be able to communicate God’s truth to people.”

“The criticisms of others are only about as devastating as my internal insecurities allow them to be.”

“When I first started preaching, my first question in coming to the sermon was, ‘How will this preach?’…It was more of a reaction-based approach…Instead I’m asking myself, ‘What kind of person will this preaching produce?'”

“I’ve always felt unqualified, and I discovered it puts me in pretty good company.”

“You know, the criticisms of others are only about as devastating as my internal insecurities allow them to be.”

“I’m learning that it’s not those external voices, but it’s really the relationship that I’m in with myself, my anointing, my assignment, and my God that determines how I process [criticism].”

Mentioned in the Show by Steven Furtick