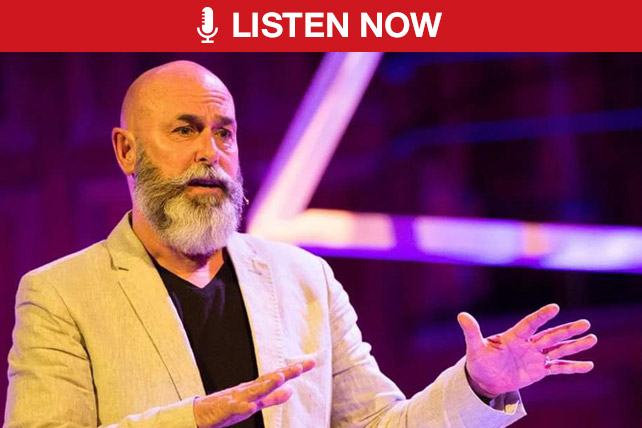 Michael Frost holds a PhD in “being and doing church” and is the author of several books. He is also the head of the missiology department at Morling College in Sydney, Australia. Michael co-founded the Forge mission training network. He and his wife, Caz, live in Sydney.

– How has the church tried to conform to suburban culture?
– In what ways do phrases like “Keep Portland weird” get things right?
– What does being weird have to do with discipleship?

“Churches do all kinds of crazy stunts and they think that that’s some kind of special form of being different to the world around them, but I think that they are just stunts.”

“Many churches…have molded themselves to contemporary suburban values which are things like conformity and privacy and consumerism and busyness.”

“The church needs to recover its identity as an alternative, redeemed society embedded within the particular culture of which it’s a part, demonstrating there’s another way.”

“The church hitched its star to the wagon of suburban values but the struggle is…suburbia is actually under enormous strain.”

“A lot of those yearnings that we’re seeing among younger people moving out of the suburbs are actually the very things that the Gospel calls us to be committed to in any case.”

“Surely this is an opportunity for the church to say ‘We’re the original weirdos.’”

“Discipleship is actually about equipping people to be legitimately and biblically eccentric. We don’t disciple people to fit in.”

“The early church didn’t baptize you five minutes after you made a profession of faith. They took you into…almost a 12-month process of catechism during which you were taught and equipped and trained and disciplined to become an off-center person, to put Christ at the heart…Only then could you become a member of the church.”

“I don’t think the mission of God’s people is to grow God’s church.”

“I would say the Kingdom of God is actually the world as Jesus anticipated it should be.”

“We do not put our hope in politics to usher in the Kingdom of God. There’s no way any politician…is going to deliver the reign of God to us.”

Links Mentioned by Michael Frost in the Show:

The Patient Ferment of the Early Church by Alan Kreider