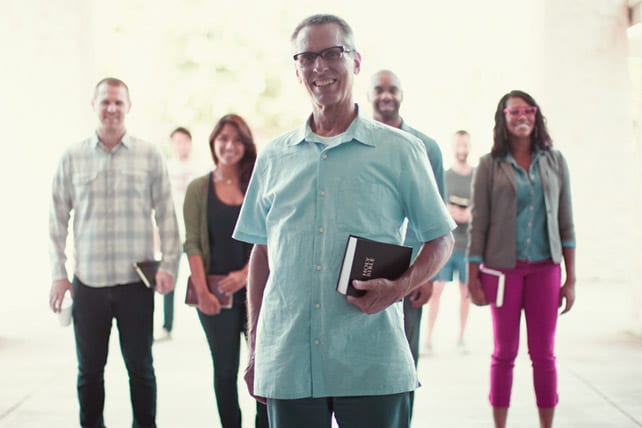 These are 7 powerful ways that a church’s small groups can reach people for Jesus. And we’ve seen these happening at Saddleback effectively.

“Some men arrived carrying a paraplegic on a stretcher. They were looking for a way to get into the house and set him before Jesus. When they couldn’t find a way in because of the crowd, they went up on the roof, removed some tiles, and let him down in the middle of everyone, right in front of Jesus. Impressed by their bold belief, he said, ‘Friend, I forgive your sins.’”(Luke 5:18-20, Msg)

Do you remember the story of the paralytic in Luke 5—where four men broke through the roof of a synagogue to lower their friend to Jesus? Sometimes it takes something that radical to lead someone to Jesus!

And sometimes it just takes the caring, consistent love of a church’s small groups of Christians.

How can the small groups in your church become the effective evangelism tools that God wants them to become?

Your church’s small groups must care about people who don’t know Jesus.

The reason God used the four friends in Luke 5 is because they cared for the paralytic. Just like those four, the evangelistic mission of your small groups need to start with love. The number one reason Christians don’t share Christ with others is that they are too preoccupied with themselves.

Before you can care about others, you must become aware of them. Once a small group becomes aware of those who don’t have a relationship with Christ, they should start praying for them.

Your church’s small groups should pray for three things:

• an opportunity to share your faith in a non-threatening way

• for God to soften their hearts

Your church’s small groups must believe God can reach the person.

There are people paralyzed in our world who aren’t necessarily physically paralyzed but who have a paralyzed faith. Whether they’re paralyzed by doubts, loneliness, fear or anything else, the result is the same—they need the faith of others.

In a sense, they don’t have enough faith to believe, so the faith of your small groups is going to have to bring them to Jesus.

Your church’s small groups must make a plan.

Although faith and prayer are important ingredients to bringing others to Jesus, you need to do something too. You need a plan. When the four friends saw the way to Jesus was blocked, they came up with a plan to get the paraplegic to Jesus. Your small groups need a plan to bring people to Jesus. Without it, they won’t bring anyone to Christ.