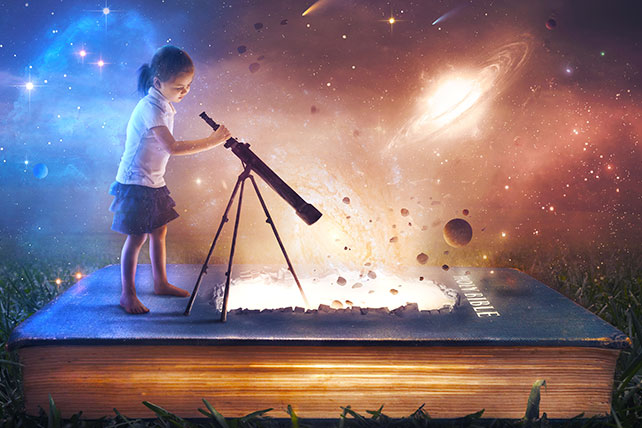 The God I gave my kids was too small. Way too small.

He was wrapped up in stories that didn’t allow their minds to imagine His greatness, crafts that were easily discarded, and memorized verses that lacked the context of His vastness.

It wasn’t that I wanted to do that or even tried to do that. But the resources at my fingertips, the church programs I could plug my kids into, and the avenues I thought needed to be taken to teach my kids about God were just too small.

It was like trying to teach them about the world with a map of our state.

In 2013, our family moved from our home in Pennsylvania to seminary in Kentucky. We moved into seminary housing with other families who were attending seminary. These families were from all over the United States and more importantly, all over the world.

And suddenly, within mere months, the God of my children grew bigger and stronger and wider than they could have ever imagined. This God they had been taught about with a certain accent, a certain slant, and a certain view was suddenly met by a global expression of faith and experience that exceeded their understanding.

They were introduced to viewpoints and ideas that they had never heard. They watched their Kenyan friends worship alongside their Singaporean friends in vastly different ways that were nonetheless sincere and real. They interacted with elders and children, adults and teens, who all followed their God but in different ways. They heard theology debated, viewpoints expressed, and denominational differences discussed in a way that didn’t diminish their faith but opened it up wider. Hearing the same verses shared in different ways, listening to the Bible stories take on new meaning in different cultural contexts, and watching interactions with individuals that believed in Jesus differently than them but with fervor and grace that can only be described as holy offered my kids a much bigger God.

I often look at children in church and wonder, “Are we giving them a big enough God?”  If their world of imagination is so big, are the stories we tell them, big enough to fill the space?

A lot of the Bible stories I hear in church are just that…stories. They have a limited scope, beginning and end. They have limited heroes and villians like David and Goliath and Daniel and the lions and Jonah and the Whale.  They have limited life lessons like “Be brave because God is with you” and “Be obedient when God tells you what to do.”

“We tend to give kids superficial lessons in the Christian faith but we’ve found that superficial teaching leads to superficial Christians. The formula for teaching Scripture to kids has become a biblical value + a verse to back it up + a song to make it memorable”.