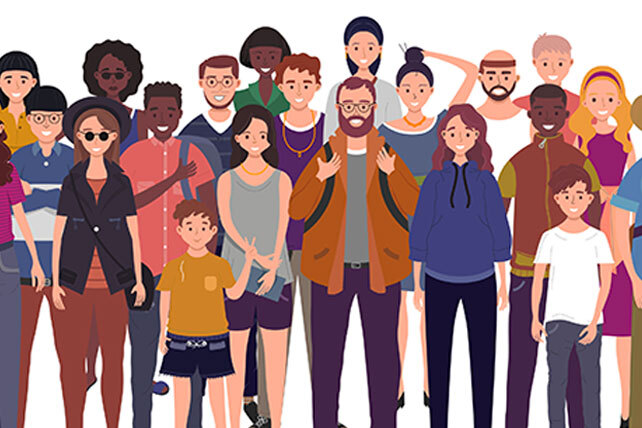 A Note From Ed: We are launching a series on Critical Race Theory. It’s an important conversation today, since many are using the description and meaning different things. At the Wheaton College Billy Graham Center, we are committed to help Christians know and engage the culture with biblical discernment, so we are launching a conversation with, well, different views. As Christians, we want to think through these things together, and the series will include not just one opinion, but several.

We started with a positive framing, and will include others who are more negative, and some in the middle. All will come from evangelicals. And, it is important that we hear from people of color, and, in this series, not all people of color will agree. It’s a conversation— mature, Christ-like, and God-honoring. We hope it serves you and your church well.

To start it off, I asked Sitara Roden from my team to give us a framing article. Now, we are dropping articles, pro, con, and others on a continuum, modeling Christian dialogue and learning. Our first contributor, who will be sharing a three-part article, was Dr. Pat Sawyer, with references to be shared at the conclusion. You can read part one here, part two here, and part three here. Now, we will be hearing from D.A. Horton, as he shares a four-part article of his examination of CRT. Pastor Horton is a latino missiologist, academic and author, and his latest book Intensional, delves into ethnic reconciliation. I will share my thoughts at the end of the series.

A Missiological Assessment of CRT

An intense and complex tension pervades American Evangelicalism regarding Critical Race Theory.[1] As a missiologist, I filtered CRT’s primary voices through a missiological method [2] and provide analysis in this four-part series. In part-one I share a brief history and basic heart (or themes) of CRT. In parts two and three I bring CRT’s themes to Scripture for an objective measurement of it’s claims. In part-four I answer questions I receive about CRT and categorize as blessings and burdens. I pray my work gives clarity, challenge, and a greater conviction for the Body of Christ to move forward in living on Jesus’ mission together in gospel community and through gospel proclamation.

A Brief History of CRT

Some current voices tether CRT to Marxism [3] since Max Horkheimer’s formation of Critical Theory (CT) emphasized Marxist thought. However, second generation CT scholar Jürgen Habermas expanded research beyond Marxism to assess how “claims to truth, but also moral and political goodness, are justified”.[4] Habermas’ pivot of CT away from Marxism exposed how secularism kept religious thought out of spaces of law and politics, thus preventing a better model of society.

In “Religion in the Public Sphere”, Habermas says religious voices can impact society for good if they communicate their ideas in understandable language for the irreligious.[5] Habermas appeals to the Biblical social vision that every human is made in God’s image (Gen 1:26-27), and provides a possible translation that identifies the inviolable dignity every human has.[6] I will revisit Habermas’ work in part four.

For now, it must be understood CRT directly grew out from Critical Legal Studies (CLS) which focuses on the relationship of legal scholarship & the struggle to create a more humane, egalitarian, and democratic society.[7] CLS contains legal insights from the SCOTUS rulings of Scott v Sandford (1857) and Plessy v Ferguson (1896) since they provide context for understanding legal debates surrounding the flawed ‘separate but equal’ and the ‘color blindness’ or neutrality of American law.[8]

Richard Delgado, another architect of CRT, says CRT became necessary “with the realization that the Civil Rights Movement of the 1960’s had stalled and that many of the gains, in fact, were being rolled back.”[9] The cornerstone of CRT’s foundation is Bell whose “Serving Two Masters: Integration Ideals and Client Interests in School Desegregation” (1976) and “Brown v. Board of Education and the Interest Convergence Dilemma” (1980).[10]

Bell and Delgado alongside legal scholars as; Kimberlé Crenshaw, Alan Freeman, Cheryl Harris, Charles Lawrence III, Mari Matsuda, and Patricia Williams, are seen as primary voices of CRT.[11] Dr. Tommy Curry allowed Bell to distance his views from Marxism to prevent his work from being interpreted through the lens of Derrida, Foucault, and even Marx.[12] It is important to see how a central figure in CRT’s formation did not desire to seek counsel from those outside of the American context of race for assessments or solutions.

The Basic Heart of CRT

In this final section themes of CRT are identified.[13] Dr. Nathan Cartagena has written how CRT’s initial primary voices didn’t desire to create a universally accepted cannon of tenets, which presents challenges with identifying what exactly CRT teaches.[14] Below are themes I identified from the work of CRT’s primary voices, in their words alongside scholars from realted disciplines that help frame the historic context for CRT’s claims.

1. “Race” is Man-Made, and it Created Privilege for “Whiteness”

First, the term “White” according to historian David Roediger conveys a created American identity in which immigrants from eastern and southern Europe could assimilate. To be “White” insured privileges in spaces such as citizenship, employment, housing, and even religion.[15]

Second, Bell asserts, “Whiteness is constructed in this society as the absence of the ‘contaminating’ influence of blackness. Thus the “one drop of black blood” constructs one as black, regardless of phenotypic markers.”[16] Harris adds, “the law’s construction of whiteness defined and affirmed critical aspects of identity (who is white); of privilege (what benefits accrue to that status); and of property (what legal entitlements arise from that status).”[17]

Senior Policy Advisory Janel George says, “CRT does not define racism in the traditional manner as solely the consequence of discrete irrational bad acts perpetrated by individuals but is usually the unintended (but often foreseeable) consequence of choices. It exposes the ways that racism is often cloaked in terminology regarding “mainstream,” “normal,” or “traditional” values or “neutral” policies, principles, or practices.[18]

Delgado and Jean Stefancic contend the permanence of racism derives from the necessity to control the economic, political, and social spaces in America and appears in society from the top (institutions) to the bottom (individuals).[19] Of this concept Bell said, “many people will find it difficult to embrace my assumption that racism is a permanent component of American life. Mesmerized by the racial equality syndrome, they are too easily reassured by simple admonitions to “stay on course”, which come far too easily from those—black and white—who are not on the deprived end of the economic chasm between blacks and whites”.[20]

3. Counterstories of the Marginalized are Needed

Mari Matsuda says, “Those who have experienced discrimination speak with a special voice to which we should listen…looking to the bottom—adopting the perspective of those who have seen and felt the falsity of the liberal promise—can assist critical scholars in the task of fathoming the phenomenology of law and defining the elements of justice…those who lack material wealth or political power still have access to thought and language, and their development of those tools will differ from that of the more privileged.”[21] Delgado and Stefancic add, “Members of this country’s dominant racial group cannot easily grasp what it is like to be nonwhite…stories can name a type of discrimination (e.g. microaggressions, unconscious discrimination or structural racism); once named, it can be combated…powerfully written stories and narratives may begin a process of correction in our system of beliefs and categories by calling attention to neglected evidence and reminding readers of our common humanity.”[22]

4. Being ‘Colorblind’ is Not Being Truthful

Crenshaw, Neil Gotanda, Gary Peller and Kendall Thomas said, “Liberals and conservatives seem to see issues of race and law from within the same structure of analysis—namely, a policy that legal rationality could identify and eradicate the biases of race-consciousness in social decision-making…The respective visions of the two factions differed only in scope: they defined and constructed “racism” the same way, as the opposite of color-blindness.”[23] CRT Educational Professors DeCuir and Dixson say CRT scholars “are critical of three basic notions that have been embraced by liberal legal ideology: the notion of color blindness, the neutrality of the law, and incremental change.”[24]

5. Racial Progress is Made When “White” People Benefit

D.A. Horton is the author of eight books and currently serves as an Assistant Professor and Program Director of the Intercultural Studies program at California Baptist University. He is also blessed to serve as an Associate Teaching Pastor at The Grove Community Church. He earned his B.S. in Biblical Studies from Calvary Bible College, his Masters Degree in Christian Studies from Calvary Theological Seminary and is working on his Ph.D. in Applied Theology with a North American Missions emphasis at Southeastern Baptist Theological Seminary.

[1] Mainline Divinity Schools such as Duke, Princeton, Union, Yale, etc have courses and professors utilizing CRT as a standard in their scholarly contributions. In 2019 the Southern Baptist Convention passed a resolution framing both CRT and Intersectionality as tools that “should only be employed” in subordination to Scripture and not as “transcendent ideological frameworks.” CRT is also addressed with a level of nuance, respect or is categorically rejected.

[11] Edward Taylor, “A Primer on Critical Race Theory: Who are the critical race theorists and what are they saying?”, The Journal of Blacks in Higher Education; New York, No. 19, (Spring 1998), 122. It should also be noted CRT’s scholars have built on insights from CLS and radical feminism, while some of its scholars branched out to drawn from European philosophers and theorists as Gramsci, Foucault and Derrida in addition to the American radical tradition figures Sojourner Truth, Frederick Douglass, W.E.B. Du Bois, César Chavez, Martin Luther King Jr., and the Black Power and Chicano movements of the 1960’s and early 1970’s from Richard Delgado and Jean Stefancic, Critical Race Theory: An Introduction, (New York: New York University Press, 2017), 4-5.

[13] Some of CRT’s earliest detected themes were: Critique of Liberalism (or colorblindness), storytelling/counter storytelling, revisionists interpretations of American civil rights law and progress, a greater understanding of the underpinnings of race and racism, structural determinism, etc in Delgado and Stefancic, “Critical Race Theory: An Annotated Bibliography”, 462-463.

[14] See “What is Critical Race Theory”? A Meditation on Several Answers, Parts 1-4” at https://www.nathancartagena.com

[15] In Working Towards Whiteness: How America’s Immigrants Became White, Roediger refutes the belief eastern and southern European immigrants were ‘white on arrival’ but instead affiliated with the demography of their homeland (e.g. Italian, Jewish, Polish, et al). Through the process of assimilation of immigrant parents under the term white, the U.S. born children being classified as white, the ethnic ‘in-between’ purgatory dissolved by the third generation brought about an understanding that 100% whiteness equated with being 100% American.

[19] Delgado and Stefancic define a Microaggression as a “stunning small encounter with racism, usually unnoticed by members of the majority race”, Critical Race Theory, 177.

[24] Jessica T. DeCuir and Adrienne D. Dixson, “So When It Comes out, They Aren’t Surprised That It Is There”: Using Critical Race Theory as a Tool of Analysis of Race and Racism in Education”, Educational Researcher, Vol 33. No. 5, Theme Issue: Disciplinary Knowledge and Quality Education (Jun.-Jul. 2004), pp. 26-31

Part 2: What Is CRT and Should We Be Concerned?