IRS: Faith Group Cannot Be Nonprofit Because Its Bible Teachings Have Ties to Republican Party 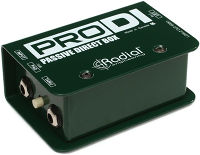 A passive (non-powered) live audio DI box commonly consists of an audio transformer used as a “balun.” Balun means balanced to unbalanced.  Don’t let the name fool you. In the case of audio DI boxes, baluns convert between high-impedance unbalanced (input) and low impedance balanced lines (output). Yes, it’s kinda the opposite of what the name “balun” implies.

This means the passive unit is designed to do one thing; convert the signal from one type (Hi-Z) to another (Lo-Z).  Some inputs, as stated above, can be Lo-Z unbalanced, in which case the DI doesn’t alter that property of the signal.

Such passive DI boxes won’t do much else though they might have a ground lift switch to remove hum from the line – hum is usually an indicator of a ground loop problem in your system or with a piece of equipment. More on that in a moment.

Cheap passive DI units can create natural hum in the line because of the low quality of the transformer, as previously mentioned.  Additionally, they can even negatively affect the signal such as to take away the crispness of a sound.  Is it noticeable? Yes, no, maybe.  I’ll cover that later in this article.

Ground loop problems can be caused by small voltage differences that normally exist between the ‘grounds’ at the send and receive ends of a cable. Yes, the ground will normally carry some amount of low level of voltage. 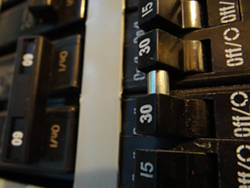 When this is the case, adding a ground isolator in the signal path is one way eliminate such system ground loop problems. It will use a transformer to step up or step down the voltage of the incoming signal to match the other.

Another method, via a DI box, is to use the ground lift switch to “lift” the ground to break the loop.  This is a standard practice AS LONG AS the equipment on both ends is properly grounded — when the power cords have the third prong that’s used for a ground.

The WRONG METHOD for hum elimination is to yank out the third prong on a power cable.  This method DEFEATS the safety feature of the ground.  DON’T DO IT!

Ground loop problems can also occur because of damaged or loose components within a piece of equipment, such as a grounding wire working loose within an electric guitar or piece of rack equipment.

Any time unexpected noise is heard, it’s best to investigate and find out the reason.  It might be as simple as different grounding voltages or a piece of broken (UNSAFE) equipment that needs fixed ASAP.

The Problem with Low-Frequency Instruments and Passive DI Boxes 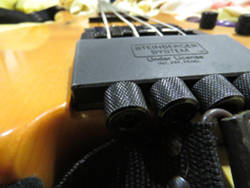 Look at the two common low-frequency producing instruments, the piano (keyboard) and the bass.  Yes, the lowest piano note competes with the bass at a whopping 27.5Hz.  The problem is low frequencies, those under 100Hz, can overload passive DI boxes.  In such cases, active DI boxes are best.

Later in this article, you’ll find a link to listen to a bass guitar run through different DI boxes — active and passive. 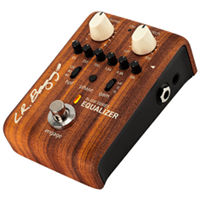 An active DI is a robust piece of equipment meant to not only convert the signal into a balanced one but to also alter the sound in some way.  But let’s step back and look at the words Active and Passive.

Have you ever heard of active and passive speakers?  What’s the difference? The difference is that active speakers are powered.  In the same way, an active DI box requires power. They can be powered via a standard power outlet, batteries, or even phantom power.

Cheaper units offering both options (battery and phantom) may perform far better on fresh batteries than on phantom power, or vice versa, so it’s important to test a prospective purchase in the mode in which it will be used.

So why the power requirement?

These units can provide gain adjustments, EQ controls, mono and stereo inputs, tone shaping, just about whatever you can imagine. They can even offer a passthrough connector as a second output. This means it outputs the colored sound to the balanced cable but then passes an unaltered copy of the incoming signal to an output jack.  This is usually called a bypass.

A true bypass occurs when the signal goes straight from the input jack to the output jack with no circuitry involved and no loading of the source impedance. False-bypass or simply ‘bypass’ occurs when the signal is routed through the device circuitry with no “intentional” change to the signal. However, due to the nature of electrical designs, there is usually some slight change in the signal. The extent of change and how noticeable it is can vary widely from one brand to another.

The best tool for the job is the tool that does what you need.  For example, there are a number of acoustic guitar active DI boxes that provide tone controls.  I’ve used them and love them. But I wouldn’t use one if I needed to only convert an unbalanced keyboard output to a balanced line.  That would be overkill. If I needed to get a bass guitar into my system and I want to give it some oomph, I’d grab a SansAmp active DI box.

My standard rule is that if all that’s needed is conversion, passive is the way to go except in the case of passive guitar pickups which require active DI boxes.

Other Types of DI Boxes

Active and passive are the two primary types.  There are sub-types such as multimedia, digital, re-amp, and amp DIs.  It’s all about the type of signal they take in and what they do with it — or what they need to do with it.  For example, the Radial ProAV1 converts different types of stereo inputs, including RCA and 3.5mm, over to a mono balanced output.  It’s considered a multimedia DI but at heart, it’s a passive DI.

Are Expensive DI Boxes Worth the Cost?

How much of an audio quality difference regarding DI boxes can be heard in a live environment?

I hate this question.  The reason is that I believe we should get the best audio quality from all of the audio components because every little bit matters while at the same time, how much of these little things matter when it’s live as compared to listening in isolation with headphones?

Truthfully, given the modern amazingly clear audio systems in place, every little bit matters even when it’s live.

But don’t just listen to me on this.  Check out what I’ve heard from hundreds of audio engineers when I asked them about this very question of ‘Does DI quality matter.’

When comparing the low-priced to the high-priced passive DI boxes, there is a difference in the quality of the sound, namely a loss of quality in the mid-range frequencies.  A blind test showed this to be accurate. Many of us listened to the audio samples and it was clear that low-budget DI boxes were giving a low-budget sound and it’s enough to want to avoid them.

When it came to comparing the mid-priced to the high-priced passive DI boxes, that was a little tougher and I found, through testing, it depended on the quality of speakers or headphones I was using to listen to the samples.

I don’t have a link to that DI shootout (darn if I can’t find it) but Sweetwater did one this year using a bass guitar and both passive and active DI boxes.

I will say this, considering the length of time a DI box will be used on your stage — and I mean how long you’ll own it, doesn’t it make sense to pay more to get one that’s going to sound the best?  The Radial ProDI is $100 compared to a $30 DI box. Take that $70 difference over ten years and that’s nothing.

There are a number of direct box manufacturers and they aren’t all producing the same quality of products.  As I said before, given how long you’ll use it, it’s best to get the best. Of course, that’s not always possible.  Therefore, consider these suggestions for common needs.

You’ll note the absence of certain big-name manufacturers.  If you like the sound you get from your DI, great, use it.  However, I do suggest you borrow one of the below and swap to see if you get a better sound.  If not, so be it.  Just don’t assume that what you have is giving you the best sound.  In audio, improvements often come in small increments.

If you’re ready to purchase new equipment and want to be positive the new gear is right for your situation and will last for years, check out our complete guide to selecting audio gear. It even comes with an in-depth 7-page worksheet to help you along the way.

The Best Fog Machine For Your Church Stage

5 Ways to Pivot Your Church Metrics for Deeper Engagement

7 Tips for Preaching on Camera

What I Learned From Another Church’s Worship Practices

What I Learned From Another Church’s Tech Practices

How to Share Your Church Financial Report With the Congregation