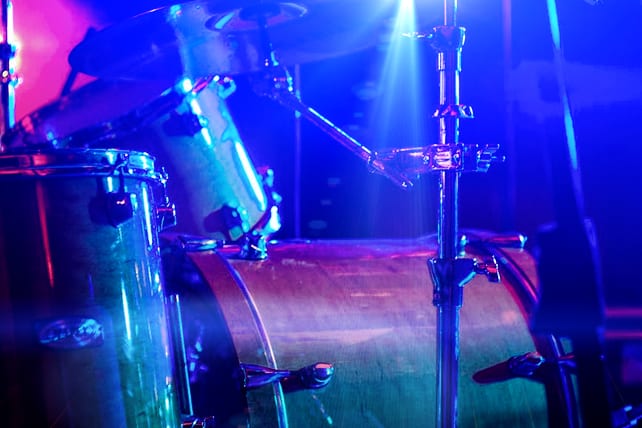 God does what He does when He wants to. There’s no special formula to create a worship atmosphere. But with a humble heart, consider these ideas that will encourage an attitude of worship in the hearts of your people:

This goes without saying, but how often do we get so caught up in the job of worship leading that we forget why we do what we do? Pray as you plan, pray as you perform. Pray that God will reveal Himself to the hearts of His people. Ever hear the saying “work like it all depends on you and pray like it all depends on God”? I think that motto is fitting here. What good is all the work we do as worship leaders if the Lord isn’t in it? Why bother?

Ever had a Sunday when everything went like clockwork and the congregation yawned? Conversely, have you ever had things go completely wrong in your service, only to have God show up? (I think He does this to teach us that it’s all about Him, not us!) This isn’t an excuse to be lazy… I believe in working and planning ahead to avoid a glitch that might distract the congregation.

2. On a foundation of familiarity, throw in something different.

If you generally begin your music with uptempo songs, try starting once in a while with a ballad. This throws the congregation—they get a little antsy during a starting ballad, and seem to release their pent up energy when the upbeat songs kick in.

If your worship palette is mainly an electric-guitar driven band, change it up occasionally by going acoustic one Sunday, or better yet—throw in an unusual instrument. Remember when the beautiful worship song “Be the Centre” was all the rage (was this 10 years ago?!)? I was playing at a hipster church at the time and, like the original recording, opened the song by playing a tin whistle. The electric guitarist was so outraged he almost quit (for you see, in churches like this, EVERY song in EVERY set on EVERY Sunday MUST be electric-guitar driven!). The congregation loved it and several months later at a church picnic a burly, Joe-the-Plumber-type said to me, “Hey, aren’t you the guy who played that flute thing?” I thought, Oh no, he’s going to punch me or something! He continued, “I LOVED that! Why don’t you play it again?” The lesson here is to not let the tail (or electric guitarist) wag the dog—if you’re in this type of church your congregation is probably desperately yearning for some musical variety.

I remember once when a woman on the praise team prayed a touching, spontaneous prayer in the middle of our praise set that gripped the congregation. I quietly played the keyboard while she prayed, transitioning into the key of the next song that was coming up.

You, as worship leader, don’t need to monopolize all the time speaking and praying. Let others you trust on your praise team participate. Find the people in your congregation and praise team that have the “gift of prayer.” You know, those people who seem to touch the heart of God with their eloquent prayers. I don’t mean the staid, ornate “O great God of the universe, we beseech Thee” type of prayers, either! Look for people who pray to God like He’s their best friend. This can be the most important time of your worship, where people truly interact with God. (Some people may tend to ramble. Have them focus on one idea in their prayer, perhaps the theme of the morning.)

On tender worship songs, try an extended intro featuring acoustic guitar. It’s amazing how this instrument can draw people in.

A few years ago I visited several Dallas megachurches in one weekend. I experienced great production, great music, but little worship going on and lots of performances. However, at one megachurch in particular I remember very distinctly being drawn in and touched by the worship. Suddenly it hit me: I happened to know all the songs in the set and I realized something important: People worship best with songs they know. It’s simply harder to worship when the mind is intent on learning a new tune, but the mind is freed up when the song is familiar and the heart can worship more easily.

Bottom Line: Determine this week to partner with God in making your church’s worship the best it can be!