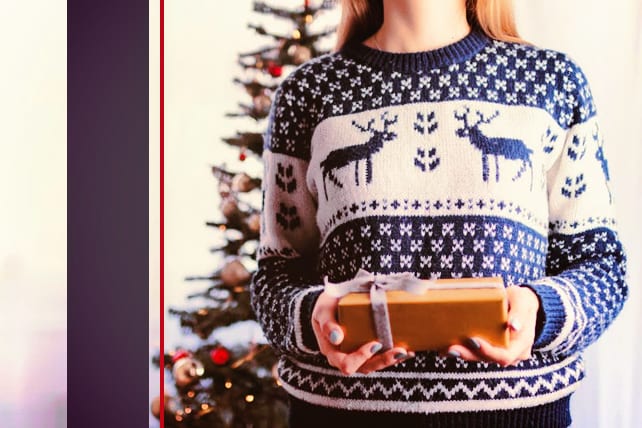 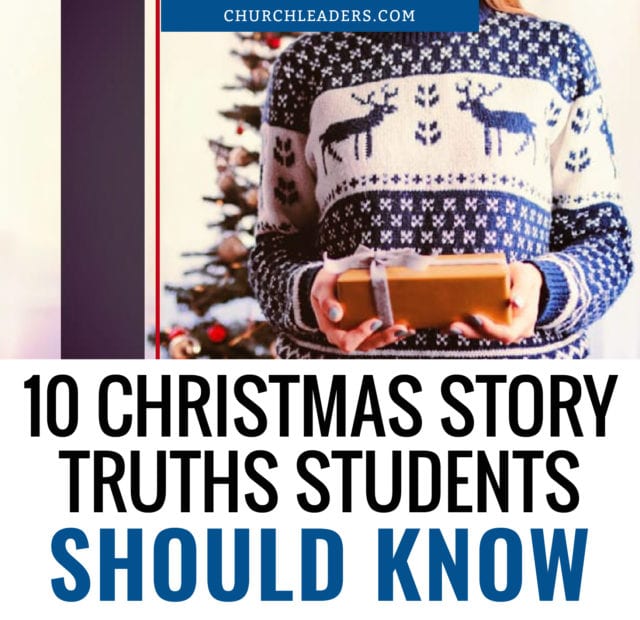 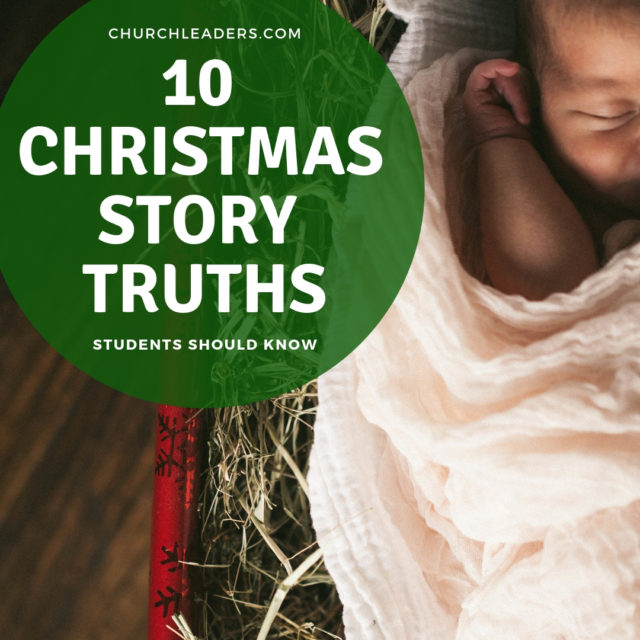 The Christmas story is literally crammed full of powerful teachings. Here are 10 takeaways that speak directly to students:

1. The Incarnation Is Awesome.

Luke 2:6-7 says, “And while they were there, the time came for her to give birth. And she gave birth to her firstborn son and wrapped him in swaddling cloths and laid him in a manger, because there was no place for them in the inn.” It seems this generation of teenagers places a high value on authenticity. There is nothing more authentic than the God of the Universe taking on human form in order to perfectly save His creation from themselves. Students can know and worship and relate to God because He became one of us.

2. You Are Never Too Young or Too Inexperienced to Be Used by God.

Luke 1:26-27 says, “In the sixth month, the angel Gabriel was sent from God to a city of Galilee named Nazareth, to a virgin betrothed to a man whose name was Joseph, of the house of David. And the virgin’s name was Mary.” Mary was pretty young. Scholars’ opinions range anywhere from 13 or 14 years old to 18 or 19. The point is this: God used Mary in a miraculous way. That’s God’s M.O. He used Mary when she was a teenager. He can and will (and does) use young people today as vital parts of His plan to redeem humankind.

3. The Harder the Situation, the Greater the Faith.

Matthew 1:24-25 (ESV) says, “When Joseph woke from sleep, he did as the angel of the Lord commanded him: He took his wife, but knew her not until she had given birth to a son. And he called his name Jesus.” Joseph may be my favorite (human) character of the Christmas Narrative. What incredible faith! Everything in him said to divorce Mary (and do it quietly to protect her life…what love!). But Joseph showed immense faith in the Lord’s plan. Your students can benefit immensely from Joseph’s example here.

4. The Bible Is an Amazing Testimony to God’s Hand Working Through Time and Circumstances to Achieve His Purposes.

Luke 2:4-5 says, “And Joseph also went up from Galilee, from the town of Nazareth, to Judea, to the city of David, which is called Bethlehem, because he was of the house and lineage of David, to be registered with Mary, his betrothed, who was with child.” God promised David that someone from his lineage would always be on the throne. This happened, oh, roughly half a millennia before Christ was born! Fulfilled prophecy is an incredible teaching tool to help give your students confidence in God’s powerful providence. God is at work, in history and in the lives of your students. And that is really cool.

5. When We Respond to God’s Leading in Obedience, We Allow God to Use Us to Our Fullest Intended Purpose.

Luke 1:38 says, “And Mary said, ‘Behold, I am the servant of the Lord; let it be to me according to your word.’ And the angel departed from her.” When students feel God leading them to do something or to take some sort of action, the right response is obedience. When they obey God, He can actually use them. If students will not obey God’s leading, they deprive themselves of being vital tools in His hands. God is on mission…whether or not we choose to join Him is on us.

6. We Should Approach Jesus With Reverence and Honor.

Luke 1:31-33 says, “And behold, you will conceive in your womb and bear a son, and you shall call his name Jesus. He will be great and will be called the Son of the Most High. And the Lord God will give to him the throne of his father David, and he will reign over the house of Jacob forever, and of his kingdom there will be no end.” Many Christ-followers are guilty of downplaying Jesus’ majesty. This is especially true of teenagers (in many cases, this is our fault, not theirs). While Jesus is a personal Savior, He is also King of Kings, the Son of the Most High, the Holy Ruler who sits enthroned as Lord over all nations. As we pray, as we sing, as we teach, let’s help students remember Who it is they are serving. Jesus does not exist to answer to us. It’s, in fact, quite the opposite.

7. The Gospel Is Not a Secret.

Luke 2:17-18 says, “And when they saw it, they made known the saying that had been told them concerning this child. And all who heard it wondered at what the shepherds told them.” The shepherds saw the Baby and took to shoutin’ in the streets! (Maybe not literally, but you know…) The Gospel is, by nature, contagious. Your students are called to be people who openly speak of the saving grace of Christ in an individual’s life. You should be equipping them to do this.

8. When God Does Awesome Stuff for Us, the Proper Response Is Praise.

Luke 1:46-48 says, “And Mary said, ‘My soul magnifies the Lord, and my spirit rejoices in God my Savior, for he has looked on the humble estate of his servant.’” Mary knew God had touched her life. Her response? Unabashed, heartfelt praise. Plain and simple, when God does good for us, the most perfect response is pure, honest thankfulness and praise, acknowledging His favor over us.

9. God’s Kingdom Has Always and Will Always Place Tremendous Value on the Lowly and the Lost.

Luke 2:8-9, “And in the same region, there were shepherds out in the field, keeping watch over their flock by night. And an angel of the Lord appeared to them, and the glory of the Lord shone around them, and they were filled with fear.” Who were the first to hear publicly about the Christ child’s birth? The Roman ruler? The religious establishment? Nope. Dudes keeping sheep. God loves the outcasts and the low. (Want another? Who were privy to Jesus’ first miracle? The servants at the wedding feast.) Students who may struggle with feelings of low self-worth, who look at the world around them and find themselves at the bottom of the pile, need not despair…they are in the right place to have God reach down and use them for powerful purposes. That’s His way.

Matthew 2:3 says, “When Herod the king heard this, he was troubled, and all Jerusalem with him.” Herod heard the news of the birth of a “king” and shook in his boots. So did the religious establishment. We tend to want to put Jesus in a box, to control Him, to make Him nice, and safe, and passive. This is the guy who dumped tables over in the Temple, who said in Matthew 10:34, “Do not think that I have come to bring peace to the earth. I have not come to bring peace, but a sword.” Jesus knew the Gospel would divide this world. It is as true today as it has always been. If your students know a Christ that is passive and safe, and that exists primarily to meet their needs and make them comfortable, you need to help reintroduce them to the real Jesus.

I hope these help you bring the Christmas narrative to life for your students. Merry Christmas to each of you!