Use this free Jesus calms the storm lesson to teach children that God takes care of us.

For Sunday school children, a Jesus calms the storm lesson provides a starting place for assurance of God’s ultimate control. The disciples in the sinking boat faced overwhelming fears. But when Jesus so quickly calmed the storm, their fears were quickly replaced with awe and worship.

Many of us—especially children—carry the burden of fear, perhaps not realizing that we can run to Jesus for safety. But Psalm 91 tells us that a person “who dwells in the shelter of the Most High…will not fear the terror of night, nor the arrow that flies by day.” As we present our fears to our heavenly Father in prayer, we, too, can be assured of the comfort that comes from trusting the one who loves us and who has the power to protect us in all circumstances. Let us thank and praise Jesus, who has the power to calm our fears!

Scripture: Mark 4:35-41
Theme: Jesus takes care of us.
Weaving Faith Into Life: Kids will praise Jesus for his loving care in their lives.

Jesus’ suggestion to go to the other side of the Sea of Galilee sounds to us like a simple procedure. However, several factors made such a journey difficult. First, few inhabitants of the west side of Galilee ever ventured to the east side. That side was inhabited mostly by non-Jews who worshipped a variety of gods, which naturally made God-fearing Jews uncomfortable. Second, the boats Jesus’ disciples used were small fishing boats. They were not intended for traversing the middle of the lake, which was 14 miles long by 8 miles wide. And finally, the geography surrounding the lake made it susceptible to sudden storms that could turn a calm lake into a violent sea.

Note that Jesus and his followers weren’t all in one boat, though that is a common perception. Many lives were at stake when a furious storm arose. However, many of the disciples were experienced fishermen and expert sailors. So one might expect that they would handle things on their own. The fact that they turned to Jesus for help likely meant that they were at the end of their means—they had tried everything they knew to combat the storm and had failed. At the point of pure desperation, they woke Jesus with screams of terror.

When Jesus awoke, he immediately demonstrated that he was in control. There was no hint of worry or concern in his words. He simply said, “Quiet!” He then said, “Be still,” a term that literally means “muzzle yourself and continue to be silent.”

We have the benefit of knowing how this Jesus calms the storm lesson ends. But imagine the disciples’ amazement when the raging waves instantly became calm. Even today, with our advanced technology, we don’t have any control over the weather and can’t always forecast it very accurately. In Jesus’ day, controlling the weather was known strictly as the domain of God. In the instant the storm ceased, the disciples began to realize more fully who Jesus was. He had demonstrated his power in healing people, but never before had he done anything of this magnitude.

Jesus then asked some pointed questions. He seemed surprised that the disciples’ faith was so weak. After all they had seen, they hadn’t fully grasped who Jesus was or what he was capable of. But now they had seen something so powerful, so awesome, that they were terrified to think about who Jesus really was.

The disciples’ terrified response is understandable when we consider God’s power and purity in light of our own weakness and imperfection. But the disciples came to learn that no matter how bad a situation seemed, the first thing they needed to do was turn to Jesus.

Pop Goes the Fear: Inflate 8 to 10 large balloons, and set them aside in a trash bag. On a table, place a felt marker and a piece of cardboard through which you’ve pushed a few straight pins.

Play music as children arrive. Ask some children to stand at the door and welcome everyone who comes into the room. Ask the greeters to smile, shake hands, and say, “Welcome!”

When everyone has arrived, Say: Think for a moment about some of the great things God can do. If you have one great thing you want to share with us, put your hand in the air. When you see me point to you, stand up, shout it out, and sit back down. Allow time for several children to share.

Say: We have just heard about how great God is. Let’s give God a hand for his love and care.

Lead kids in an “offering” of applause.

Say: Jesus is Lord of the entire universe. That means he’s God and he’s in control of everything. Jesus cares about each one of us. We can go to Jesus anytime we’re afraid, no matter what causes the fear. And we can know that Jesus will take care of us and comfort us. Jesus truly is our Lord and our King.

Say: Whenever a king passes by, he is greeted with a salute. We’re children of the King, so we can greet each other in the same way. Greet at least five of your neighbors with a salute.

Give kids time to greet at least five neighbors with a salute.

Say: Jesus has proven himself to be faithful and true, someone we can always trust for every need. That’s because he loves us so much. As we sing this next song, praise God with all your heart because there is nothing too big for Jesus to handle. 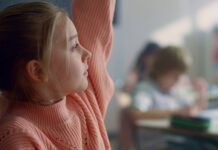 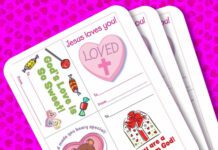 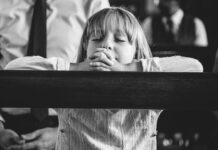 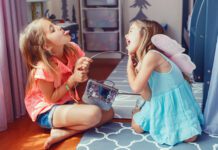 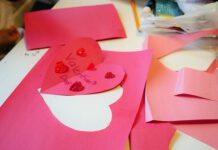 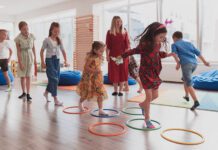