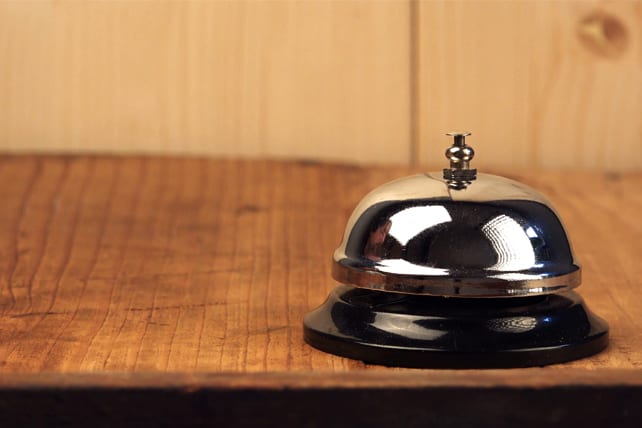 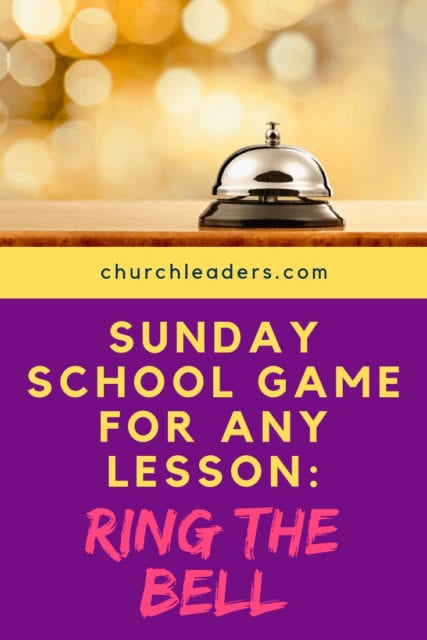 Coming up with new ways to make Bible class an exciting place for kids is not always easy. Then when you find a winner, they eventually grow tired of it. This week I tried something new with our Sunday School kids and they asked excitedly if we could do it again next week. When they are asking, you know you have a winner, at least for a little while.

I love games about the Bible and this one is so simple! All you need is a pair of call bells. I divided my Bible lesson into eight pieces making sure to have a question after each short reading. Then it was time for “Last One Standing” played Family Feud style.

How to Play: Set out two bells Family Feud style. Just before you read each section, have two kids come up to the bells, put one hand on the table next to the bell and the other behind their back. Now, read the section, ask the question. The first to ring the bell gets to answer (but you can’t ask any more of the question once the bell is rung). If they answer right, they stay and face off with the next person. If wrong, the opponent gets to guess. If wrong, they sit out. Let’s see who’s the last one standing. Oh, and if they ring the bell more than once, they lose that round. Here’s an example of what I did this past week:

You can add questions at the end to review more, even adding in things from past lessons. Our Bible class kids were listening intently, learning from God’s word and LOVING it! This is how we begin building a love for God in our children, and as they grow older, they will have the word of God in their hearts and minds to refer back to as they need it.