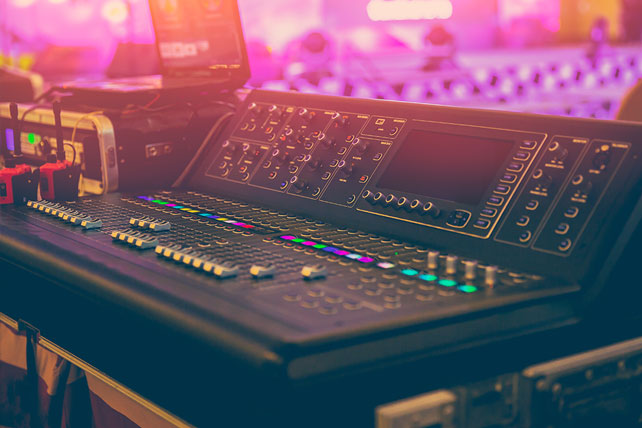 Here’s an interesting story I’ve heard told several times by several different churches over the past month. A church invests in a brand new sound system (one church spent $125,000!) and everyone unanimously agrees on one thing: The sound is horrible.

You can imagine the drama of spending a ton of money on a new sound system only to have what you spent it on work 10 times worse than what you had before. What’s going on?

The first lesson: You can’t have a new mixing console that resembles the cockpit of the space shuttle and expect a volunteer to (ever) be able to get it to work right.

Here’s a potential scenario: A church of 500 managed just fine on their less-than-cutting-edge sound system. Rotating volunteers could easily manage the knobs and sliders to get a decent sound. Then the church starts growing into megachurch territory—shooting up to 2,200, maybe moving into a new building. The state-of-the-art new sound system is rolled into the new church, and on the grand opening they end up with music that sounds like it came out of a tin can. They haven’t yet realized they can’t invest in pro equipment without hiring a pro to run it.

Sound techs are a hot commodity in the megachurch world. I know of one megachurch that just hired an excellent sound man away from another megachurch—they’re paying him $60,000 a year and he was making $30,000.

And, boy, does a pro make a difference. I visited a local megachurch a few years ago on Easter Sunday and heard absolutely the worst sound I’d ever heard in a church. A ministry of this size should have known better—tinny, bright frequencies that hurt my ears and no bass. A few years later, they hired a worship leader who “gets it”—one of the first things he did was hire a full-time sound tech. The next time I visited, I was stunned—I experienced the best church sound mix I’ve ever heard, and they were using the exact same equipment—only run by someone who knew what he was doing.

Bottom Line: Megachurch worship costs more than you think: especially for staffing a sound tech for your new sound system.