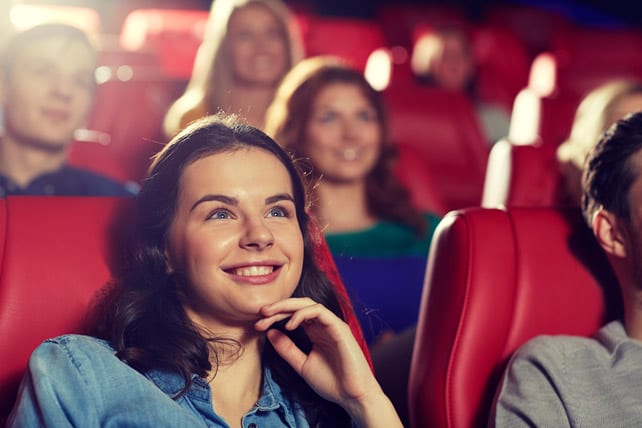 After the Passion of the Christ took in an earth-shattering $612 million back in 2004, Hollywood executives were shocked and suddenly open to faith-based films.

Since then, more were put into production and for the last three years, there have been at least 12 faith-based films released annually.

Here are the top grossing films released in 2017.

A grieving man receives a mysterious, personal invitation to meet with God at a place called “The Shack.”

The book that inspired the movie sparked controversy among the Christian community for its unconventional theology and was even called “heretical” by R. Albert Mohler, president of the Southern Baptist Theological Seminary.

The many who liked the movie felt it made God real and helped those experiencing grief over loss of a loved one, a dream, a job or a relationship.

A small but brave donkey and his animal friends become the unsung heroes of the first Christmas.

Viewers loved the idea of the Christmas Story seen through the eyes of animals and enjoyed the animated film’s inspirational story and humorous dialogue.

The Case for Christ $14 million

An investigative journalist and self-proclaimed atheist sets out to disprove the existence of God after his wife becomes a Christian.

The movie struck a chord with many viewers but especially those who had gone through faith journeys of their own. One viewer commented on IMDB, “I used to be an atheist too, so the spiritual struggle he went through is way too familiar to me. Personally it touched me very deeply.”

Let There Be Light $7.2 million

An atheist goes through a near-death experience in a car accident before converting to Christianity.

Viewers found the movie refreshing in its portrayal of the real life struggles that many face today. It also showed the reality that fame and fortune rarely bring fulfillment and happiness.

Same Kind of Different as Me $6.3 million

An international art dealer must befriend a dangerous homeless man in order to save his struggling marriage to a woman whose dreams will lead all three of them on the journey of their lives.

Darren Moorman, one of the movie’s producers, told churchleaders.com, “The movie naturally opens up conversations, because it doesn’t sugar-coat that there are racial issues or marital issues. But the movie then shows the audience how when people aren’t afraid to talk about it and come to a place of forgiveness that lives can be changed.”

When a group of Burmese refugees join the congregation, the pastor of a failing Anglican church attempts to aid them by planting crops and enlisting the help of the community.

The film is a story about the power of community and the miracle of people learning to work, respect and love each other.

A Question of Faith $2.5 million

When tragedy strikes three families, their destiny forces them on a converging path to discover God’s love, grace and mercy as the challenges of their fate could also resurrect their beliefs.

Many who loved this movie were moved by its portrayal of the power and beauty of forgiveness.

The Resurrection of Gavin Stone $2.3 million

A washed-up former child star, forced to do community service at a local megachurch, pretends to be a Christian to land the part of Jesus in their annual Passion Play, only to discover that the most important role of his life is far from Hollywood.

The movie’s director, Dallas Jenkins told ChristianLeaders.com, “In the script-writing stage, it was very important to me that I tell the story of Gavin getting away with pretending to be a Christian. Any good pastor is going to know when someone is faking it. Finding a way to make sure that the other characters weren’t stupid was important. So we set it up to allow the cast to accept him, even though they knew he was a little off, because they wanted him to be a part of the church. They knew it could impact him.”

Wrongfully accused and sent to prison, a former basketball star prepares for the national slam dunk competition while finding redemption in himself and in those he loves.

Slamma Jamma is a movie that defines the idea of the underdog rising to meet the challenge of greatness.

This film documents the biblical account of what happened “in the beginning.”

The documentary uses stunning visual effects and the latest in scientific research to tell the story that many said made the book of Genesis come to life right before their eyes. It takes viewers on a journey and answers some of the most perplexing and important questions of human existence.