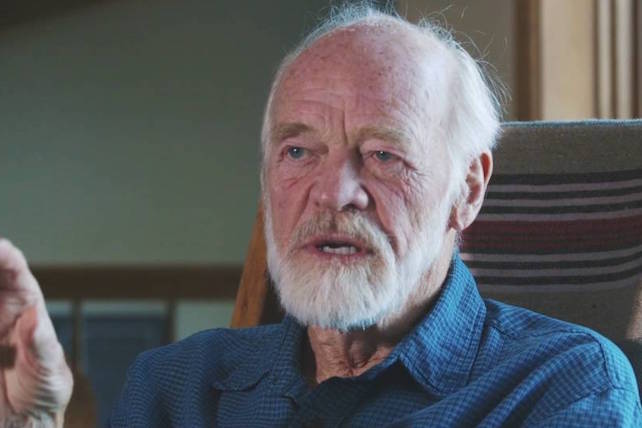 Eugene Peterson, the creator of The Message, was also a pastor for 29 years at Christ Our King Presbyterian Church in Bel Air, Maryland. He founded the church. He has some thoughts on the state of the church today, how pastors should talk to their church members and how all of us should talk to God. He shared this perspective on a ChurchLeaders podcast.

The State of the Church Today

In many ways he is disappointed with the state of the church. His dissatisfaction began when he started his church outside of Baltimore in 1962.

In an effort to get the church off the ground he attended several seminars on church growth. He welcomed them but soon realized those leading the sessions didn’t understand what a church or pastor does.  He laments that they ended up pushing consumer driven churches. The way to grow, he was told, was to find out what people wanted and then dish it up to them.

He knew the advice was ill-informed when he was told by the seminar’s leader, “The most important thing you can to do to have a good church is to have a big parking lot.”  He told podcast host Jason Daye,  “That was the end of it for me, I just quit.”

The seminars coincided with the beginning of the megachurch years in North America and Peterson doesn’t hide his disdain for the movement saying, “the most disappointing thing was that it worked.”

“It didn’t seem to me to be like a church. I thought pastors were supposed to know their people, know their names, being in their homes and encouraging them and showing them the way of Jesus.”

Instead, Peterson says the consumer-driven churches were built almost entirely on business and consumer models.  They promised numerical and financial viability but offered not even a footnote on the nurture of souls.

Peterson says his model for building a church starts with a pastor getting to know his people and learning what they think a pastor is. He says that’s hard work but shows the pastor is invested in the lives of his people.  Peterson worries that today many enter the ministry as a means of satisfying their desire to be important and effective.  Sadly, he says they “have no idea what it means to be a pastor.”

Besides getting to know the church members, his advice to pastors is to do more listening.

A pastor is not in the business of putting things out there and have people try it out. They’re smarter than we think they are. They know something is missing but they don’t know what it is, and neither do you.  Conversation needs to be developed.  Instead of telling people what to do, ask them what they’re doing– listen and fill in the blanks. We don’t need more words, we need accurate words.

Peterson believes listening is also the key to prayer. As a pastor, he often heard people complain about prayer. He believes the problem is that we treat God like an answer man, “but we don’t know enough about God to know what to ask.”  His advice, “listen” to what God says.

He also suggests God’s people memorize the Lord’s Prayer and the Psalms.  Even though the Psalms don’t always look like prayers, they can saturate our lives with words of Scriptures and are a way for us to talk to God.