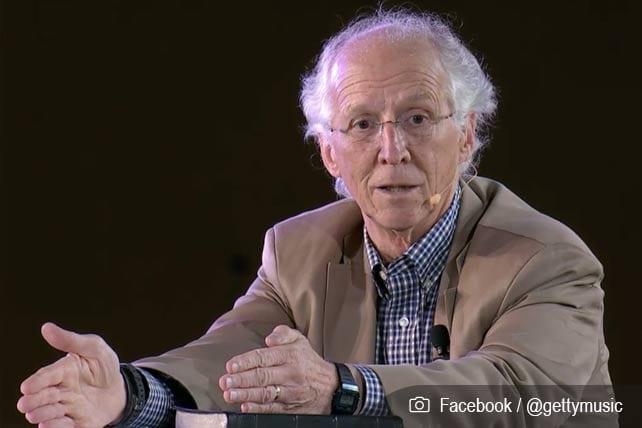 While at the Sing! Conference in Nashville, Tennessee, John Piper addressed a subject heavy on the minds of many Christians who identify with the reformed part of the evangelical church. Piper spoke to Josh Harris’ announcement that he has “fallen away” from faith. The theologian and pastor, who knows Harris personally, said it’s foolish to think that only some of us are capable of committing apostasy, but that doesn’t mean that God isn’t sovereign and that the doctrine of eternal security isn’t true.

“At 73, I go to my knees almost every single day and say ‘Hold on to me!’” Piper exclaimed during a Q+A session at the conference. “If God doesn’t keep me, if he takes his hand off of me this afternoon, I will commit apostasy,” he said.

What About the Doctrine of Eternal Security, Though?

The doctrine of eternal security essentially says that once a person comes to know and accept the saving grace of the gospel of Jesus Christ, they cannot become “unsaved.” This doctrine is also known as “once saved, always saved,” and Piper says he believes in it. However, he admits saying “I believe in the doctrine of eternal security” and “I could go to hell this afternoon” presents a very troubling juxtaposition. One wonders how both statements could be uttered in the same sentence.

Piper argues the answer lies in another doctrine, one he sees “on every page of the Bible.”  Piper articulates the sovereignty of God this way:

While this doctrine teaches us there is nothing we can do to save ourselves, it also implies we are ultimately not in control of whether we fall away. When considering whether or not one could commit apostasy, Piper argues that nobody should have the mindset “I could keep this from happening.” The sovereignty of God teaches us that only God can keep us from falling. If this thought is hard to wrap your mind around or shifts your thinking, Piper admits the thought can throw you “really off balance.”

Since we cannot simply will ourselves not to commit apostasy, this is where we need to shift from being self-stable to being God-stable, Piper says. To replace one’s sense of self-stability with God-stability requires some Bible knowledge, prayer, and “some deep soul work.”

Piper offers a handful of Scriptures to cling to and ruminate over. He suggests using passages like:

Romans 8:29-30: “For those God foreknew he also predestined to be conformed to the image of his Son, that he might be the firstborn among many brothers and sisters. And those he predestined, he also called; those he called, he also justified; those he justified, he also glorified.” This Scripture convinces Piper that “between foreknowledge, predestination, calling, justification, and glorification, nobody will be missing—none.”

Philippians 1:6b: “He who began a good work in you will carry it on to completion until the day of Christ Jesus.”

1 Corinthians 1:8: “He will also keep you firm to the end, so that you will be blameless on the day of our Lord Jesus Christ.”

1 Thessalonians 5:23-24: “May God himself, the God of peace, sanctify you through and through. May your whole spirit, soul and body be kept blameless at the coming of our Lord Jesus Christ. The one who calls you is faithful, and he will do it.”

The Believer Has a Responsibility, Too

Now, unless you think you have no responsibility to keep from falling, Piper reminds us that alongside the fact that those whom God justified, he glorified, “there is a whole range of commands for us to persevere.”