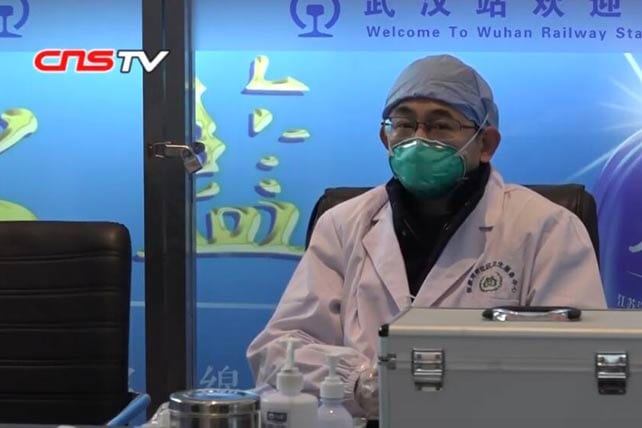 A pastor from Wuhan, the city in Hubei province, China, where the Coronavirus originated, has written an extensive letter asking for prayer. The pastor requests that believers would pray not only that God would protect people from the disease but also that he would bring peace to those who are suffering during this trial.

“The situation is so critical,” he wrote, “yet [we are] trusting in the Lord’s promises, that his thoughts toward us are of peace, and not evil (Jeremiah. 29:11), and that he allows for a time of testing, not to destroy us, but to establish us. Therefore, Christians are not only to suffer with the people of this city, but we have a responsibility to pray for those in this city who are fearful, and to bring to them the peace of Christ.”

A Plea from the City of Wuhan in Hubei

The letter was published on ChinaSource, dated January 23, 2020, and signed by someone who identifies himself only as “A Wuhan Pastor.” At the beginning of his letter, the pastor says the Coronavirus has been dominating his thoughts. He is constantly concerned for the safety of his church members and hopes that they will persevere in their “faithful witness” to Christ. The pastor had many words of encouragement and exhortation for those fearful and discouraged because of the virus.

First, he said, Jesus has purchased peace for his followers through his death and resurrection. Through his power, he has conquered disease and death. Apart from the work of Jesus, we would be like the world and “would be terrified of pestilence, and lose hope in the face of death.”

The pastor urged those who lack peace to meditate on the various Scriptures he listed in his letter and to pray, asking God for help. “You must know,” he said, “that this is not just an observable disaster, but even more it is a spiritual struggle. You should first wage a battle for your heart, and secondarily battle for the soul of this city.”

The pastor emphasized that the Coronavirus was not happening outside of God’s will, and he compared believers in Wuhan to Abraham and Jonah and their efforts on behalf of the residents of Sodom and Gomorrah and Nineveh, respectively. “We are this city’s Abraham and Jonah,” he said. “We must pray for God’s mercy upon this city, and bring peace upon this city through our prayers and testimony.”

Those unmoved by the plight of Wuhan, said the pastor, should call on God to change their hearts. “If you do not feel a responsibility to pray,” he said. “ask the Lord for a loving soul, an earnestly prayerful heart; if you are not crying, ask the Lord for tears. Because we surely know that only through the hope of the Lord’s mercy will this city be saved.”

What Is the Coronavirus?

The World Health Organization (WHO) says the first reported case of the Novel Coronavirus (2019-nCoV) was on December 31, 2019, in Wuhan, Hubei, a city of 11 million people. The virus is a respiratory disease, although little is known about it and the information on it is continually developing. The WHO speculates it originated in animals, mutated, and was passed to humans in Wuhan who had pneumonia.

It is not known precisely how the virus is transmitted, although it is likely through the normal routes of coughing, sneezing, and touching something an infected person has touched. Those most at risk of getting the disease are people who work in animal markets and those caring for people who are infected. The virus can have mild symptoms, such as coughing and shortness of breath, or severe symptoms, such as pneumonia, kidney failure, and death.

Arguably the scariest aspect of the Coronavirus is that because it is new, there is no vaccine to prevent it and no medication to cure it. All anyone can do is offer supportive care to those who have contracted it. According to Reuters, 80 percent of China’s Coronavirus cases are in Hubei. At this time, China has had 24,363 confirmed cases of the disease and 490 deaths. What’s more, 99 percent of the cases of the Coronavirus worldwide are in China.

The proliferation of the virus in the country is having troubling consequences for its citizens, particularly for Wuhan residents. The New York Times reports that people from Wuhan have become outcasts in the rest of the country. As ChurchLeaders has reported, the Chinese government has been using facial scanning technology to track people and to oppress ethnic minorities and people with religious beliefs. As part of its increasing religious oppression, officials have encouraged citizens to inform on their Christian neighbors.