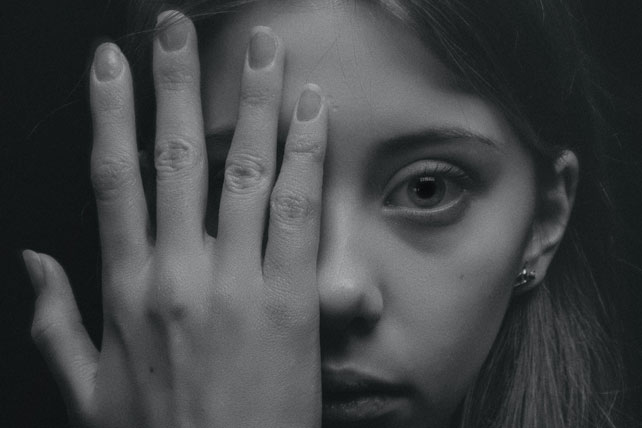 Requiring people to shelter at home might be a necessary measure in order to combat the spread of Covid-19, but a side effect for many is that it increases the danger they are in. Across the world and in the U.S., the coronavirus and the ensuing social isolation is making it more likely that people will experience a greater strain on their mental health, leading to in some unfortunate cases to suicide and in others to domestic violence.

“We are seeing an increase in the number of survivors reaching out who are concerned with Covid-19,” says Katie Ray-Jones, the CEO of the National Domestic Violence Hotline. She told CNN that those reaching out are describing how “their abusive partner is leveraging Covid-19 to further isolate, coerce, or increase fear in the relationship.”

In addition to the potential for domestic violence, parents and church leaders should also be aware of how social isolation can increase anxiety and depression, especially among youth.  In a recent interview on the ChurchLeaders podcast, Dr. Kara Powell of the Fuller Youth Institute (FYI) warned that our present circumstances make us ripe for a spike in teen suicide. “Yesterday I heard more about the suicide of young people and had more questions about it than literally any other day of my life,” she said.

“This is an anxious season,” said Powell, noting that “during a more normal time” an estimated one out of three people will develop an anxiety disorder. But now many people are dealing with some significant stressors, including fears about their own health and the health of their loved ones, losing their jobs, being unable to pay their bills, and being cut off from their communities. As a result, some will experience an increase in depression and suicidal ideation. Another result is that those who have power will take out their stress by abusing the people who live with them. And the data is in fact showing a connection between the pandemic and a surge in domestic violence.

If someone is a victim of domestic abuse, going to work or school provides time away from the abuser. Another benefit, says ERLC’s Chelsea Patterson Sobolik, is that teachers provide an extra set of eyes and therefore potential help for children experiencing abuse. But with people being required to shelter at home in social isolation, those outlets have disappeared.

The tendency toward suicidal ideation seems to be increasing as well. Los Angeles has reported 75 times the number of suicide-related calls in March compared to February. A man in Manhattan hung himself after he found out he tested positive for the virus, and a 19-year-old girl in the U.K. committed suicide because she could not deal with “her world closing in, plans being cancelled and being stuck inside.” There was a significant increase in calls to a suicide helpline in Boston recently, and other states reporting similar spikes include Idaho, Oregon and North Dakota.

Clinical health psychologist Dr. Lindsay Bira says, “We have a lot of social isolation and a huge disruption of our norm. People are having mental health symptoms, a lot. If you are human and alive you will have symptoms. It just depends on the range and what kind.” Regarding the strain on teenagers specifically, Sacramento City Councilwoman Angelique Ashby observed, “Being a teenager is hard in an ideal situation. Our kids have been out of school for a month now and for a teenager, a month is a long time.”

Practical Steps for Helping People Who Are in Social Isolation

Says Sobolik, “Domestically and abroad, vulnerable children are suffering the impacts of the coronavirus, and Christians must be ready to stand in the gap for them.” Christians, in fact, should be ready to defend not only children but any person vulnerable to violence or a mental health crisis due to social isolation.

To help with basic care during the pandemic, some pastors have divided their congregations into small groups and assigned each group to an elder, who then checks in with the families on his list. This is all the more important if leaders have any suspicion that their families could be dealing with domestic violence or mental health challenges.

Laypeople can help by paying attention to what is happening in their neighbors’ homes. Sandra Nevarez García, executive director at the Center Against Sexual and Family Violence, says, “It’s about making sure that we’re keeping our eyes and ears open for sounds that you might be hearing coming from your neighbor’s house or checking in on that family member that you know is not in a healthy relationship and making sure that they’re okay.”